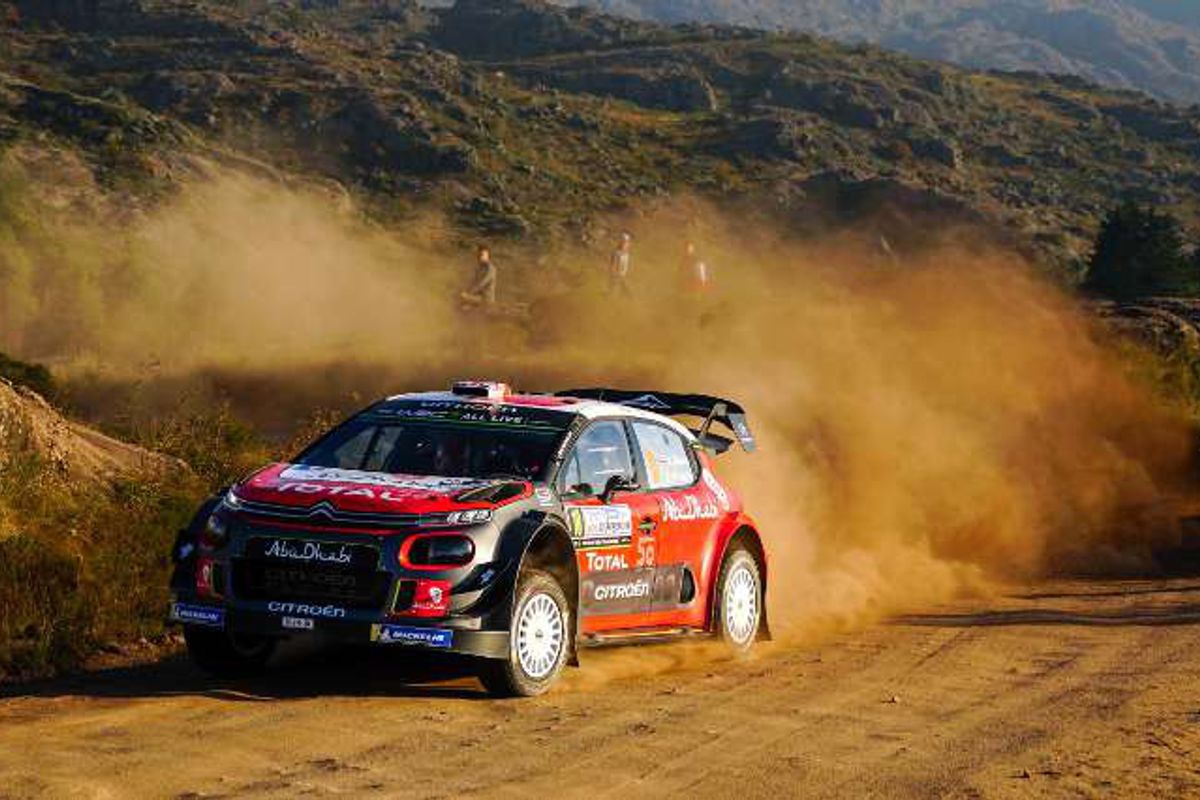 The tenth round of the 2018 season will see the return of the Turkish WRC after eight years away. This will be the first time the C3 has raced in Turkey, replacing its predecessor the Xsara WRC which secured the brand’s first win on gravel in 2003. This weekend, the Citroën Total Abu Dhabi WRT team will once again look to defend its chances.

THE HUB MOVES TO MARMARIS
This will be the first time since 2010, the year in which the WRC teams and crews were so affected by the disruption following the eruption of the Icelandic volcano, Eyjafjöll, that the championship has returned to Turkey. On its return to the WRC this year, the rally will be based in Marmaris, a Mediterranean seaside resort on the Turkish Riviera and its third hub after Kemer (2003, 2004, 2005, 2006 and 2008) and Istanbul (2010).

Despite moving the hub, the characteristics and challenges of the event remain largely unchanged, often described as being halfway between Rally de Sardegna and the Acropolis Rally. Initial feedback reported by those sent ahead to Turkey suggests that the rally will once again be technically difficult, with rock-strewn, loose gravel roads that will gradually clear. The conditions also look set to be demanding for the cars and tyres, with very high temperatures expected.

While Rally Turkey will be an unfamiliar test for the entire WRC field, the Citroën Total Abu Dhabi WRT crews are determined not to be left behind, making the most of their recent pace and their ability to adapt and improvise. The brand also holds the record number of overall victories in this country, winning four of the six rallies held here as part of the WRC.

A BIG TEST FOR STARTERS
The team has certainly prepared well for the rally with a three-day pre-event test in the Aude, reputed to have some of the roughest roads among the commonly-used test bases.

Mads Østberg and Craig Breen will be attempting to make the most of their favourable starting positions on the opening leg (eighth and ninth in the running order respectively) as they look to secure the team's fourth podium of the season. Khalid Al Qassimi will be making his third appearance of 2018 in the C3 WRC and will be determined to pick up his pace in the car during the weekend.

Following a city-centre super-special stage on Thursday evening, the serious racing starts on Friday with Çetibeli, which, at over thirty-eight kilometres, is the longest stage of the weekend. The crews will be straight into action at a race that promises to produce some excellent action and a few surprises.

Pierre Budar, Citroën Racing Team Principal: "This rally is new for everyone; all the teams and crews will start off on an equal footing so it should be a very open race. Reliability might be one of the key factors this weekend, but we know we can count on the strength of the C3 WRC.

Although we have a solid base, we'll need to adapt quickly to the conditions and any adjustments to the set-up, and the crews will have to be efficient when taking pace notes during the recce so they can tackle the first pass on the stages with confidence."

Craig Breen: "The aim is to get through the opening leg without any hiccups. If we manage to do that, we should be right in the mix and well placed for the rest of the rally. It's difficult to take any real information from the on-board footage recorded by the organiser in a production car. One thing is sure: the course looks very interesting, with a good variety of roads, some narrow, technical and rough, others much quicker."

Number of appearances at the event: 1

Mads Østberg: "We're expecting this weekend to be hot and a technically difficult and demanding rally for the cars; that's what we prepared for during our pre-event test in the Aude. I'm feeling confident because I always prefer rallies on this kind of surface. The C3 WRC is even more efficient and easier to drive than it was in Sardinia, which is the last event contested on similar types of road. We also hope to be able to use some of the things we learned in Finland on this surface."

Khalid Al Qassimi: "I'm delighted to be back behind the wheel of the C3 WRC, especially at a new event. It's always exciting to compete at brand new stages for the first time, especially as we're expecting fairly difficult conditions. I've always felt comfortable at events like this and I have some good memories of the Acropolis Rally which is similar to Turkey. It's a question of finding the right balance between pushing and looking after the car."

Number of appearances at the event: 2

17 timed stages covering a total of 44 km
33 degrees celsius, the maximum temperature forecast in Marmaris for the week of the rally
4 overall wins secured by Citroën in six appearances at Rally Turkey: Carlos Sainz in 2003 (Xsara WRC), Sébastien Loeb from 2004 to 2005 (Xsara WRC), and then again in 2010 (C4 WRC)

The challenge of taking pace notes for the first time

At the rallies that appear every year on the calendar, the crews generally compile their pace notes beforehand for the stages or portions of stages that are unchanged from previous years. In the recce, all they then have to do is make pace notes for any new sections and make a few corrections for the stages they are already familiar with.

The situation will be different for them this year in Turkey, where they will need to draw up pace notes for each of the three hundred and thirteen kilometres of timed stages. This means the crews will have to pay very close attention during the recce, to produce a precise and consistent description of the difficulties they will face.

Once racing gets underway, they won't be able to compensate for any shortcomings in their pace notes with knowledge of the roads. They will need to trust their pace notes fully, which may lead to large gaps appearing between the cars.