WRC: Tänak steers clear of danger to lead after drama on Rally Turkey 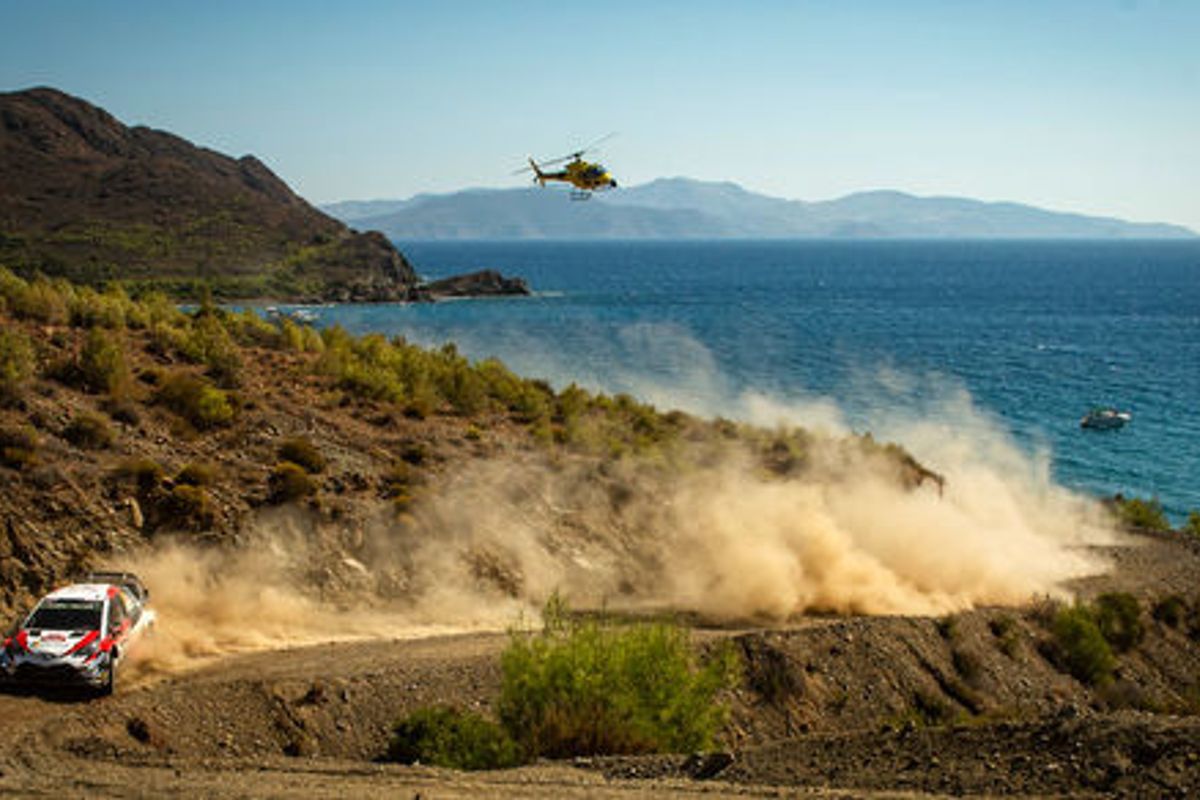 Ott Tänak leads Rally Turkey after one of the WRC's most dramatic ever days.

A third successive victory tomorrow for the Estonian would increase the impetus gained by wins in Finland and Germany, setting up a three-way fight at the final three rounds to decide the most exciting championship battle in recent memory.

Leg one leader Neuville retired when the front left suspension punched though his Hyundai i20’s bonnet in this morning’s opening speed test. He limped to the finish and tried swapping suspension parts from the rear to the front but the damage was too great.

Ogier was left with a 22.5sec lead but the Frenchman struggled to the finish of the following test with a broken front right wishbone on his Ford Fiesta. He wrestled to install an ill-fitting replacement, helped by team-mate Elfyn Evans who stopped to relay advice from team engineers in the service park by telephone.

“I thought I would never make it. We tried to put the track control arm back but the suspension wishbone was too tight in the sub-frame and I couldn’t fit it in. I fought like hell and was very close to giving up because I had no energy,” said Ogier.

Time penalties for arriving late at the next stage relegated Ogier to fourth but his hopes were extinguished when he slid wide in the afternoon’s opening stage. He swiped a tree and his car became stuck on the outside of the corner.

Mikkelsen regained the lead he held for much of yesterday but a transmission problem left his i20 with only rear-wheel drive all afternoon. He conceded almost four minutes and plunged to fifth.

By his own admission, Tänak has lacked pace but keeping a cool head on the rock-strewn roads paid dividends. “We knew from the beginning it would be tough and we didn’t have the performance so we had to keep it on the road,” he said.

Haydon Paddon is almost a minute adrift of Latvala in third.

It was a disastrous day for Citroën’s Craig Breen and Mads Østberg. Breen’s C3 caught fire and burned out while Østberg stopped with a broken turbo. Esapekka Lappi retired his Yaris from sixth when he crashed.

Sunday’s finale is short but no less demanding than the previous two legs. Drivers tackle four stages covering 34.98km, the rally ending with a second pass over the 7.14km live TV Marmaris Power Stage, with bonus points available to the fastest five drivers.