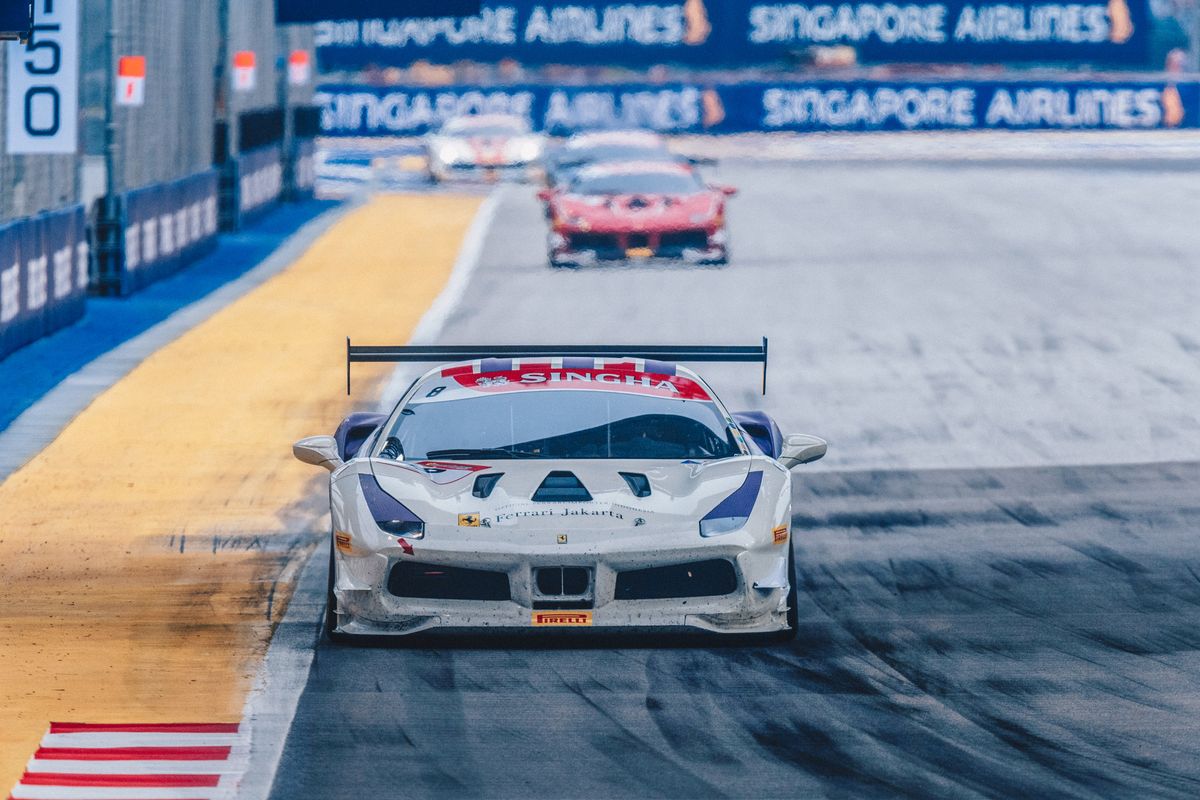 ONE-TWO FOR HUTASOIT AND YAMAGUCHI AT SINGAPORE

The weather was once again cloudy with high humidity when the 2018 Ferrari Challenge Asia-Pacific sixth round Race-2 started at 4.55PM local time. Given the very technical track, the hot weather has contributed to the complexity of managing tyres and their degradation even more challenging. Nevertheless, all the Challenge drivers made their best final preparations in eager anticipation of the final race of the weekend.

Trofeo Pirelli. Qualification for Race-2 was set by the Race-1 results from Saturday. Renaldi Hutasoit from Indonesia once again started from pole position with Philippe Prette from Italy putting in an early battle for the lead. Hutasoit managed to keep his position throughout the race, maintaining a good gap between him and Prette before the latter finished in the slipstream of Hutasoit in a thrilling finish. It was pretty much a repeat of yesterday’s race where the wheel-to-wheel battle once again took place between Go Max of Japan and Alex Au of Hong Kong. Max managed to keep Au at bay for most of the race but unfortunately spun out of control during lap 9 and Au grabbed the opportunity to secure third place overall.

Coppa Shell. In what was a repeat of Race-1 podium on Saturday, Kazuyuki Yamaguchi from Japan powered his way to victory in Race-2. He drove a strong and convincing race to take the top step of the podium. Tiger Wu from Chinese Taipei made a dramatic improvement on his fourth place finish in Race-1 to come in second position. Michael Choi from Hong Kong, took the last step of the podium of that eventful race.

Next Round. From here, the Ferrari Challenge drivers will converge in Monza Italy for Finali Mondiali from 1–4 November. This final round of the Asia Pacific series will be a close fight in Trofeo Pirelli class, as the three leaders on the table standings are now only eleven points apart from each other. The Asia Pacific series drivers will join those competing in Europe and North America Series for the traditional end-of-season celebrations.