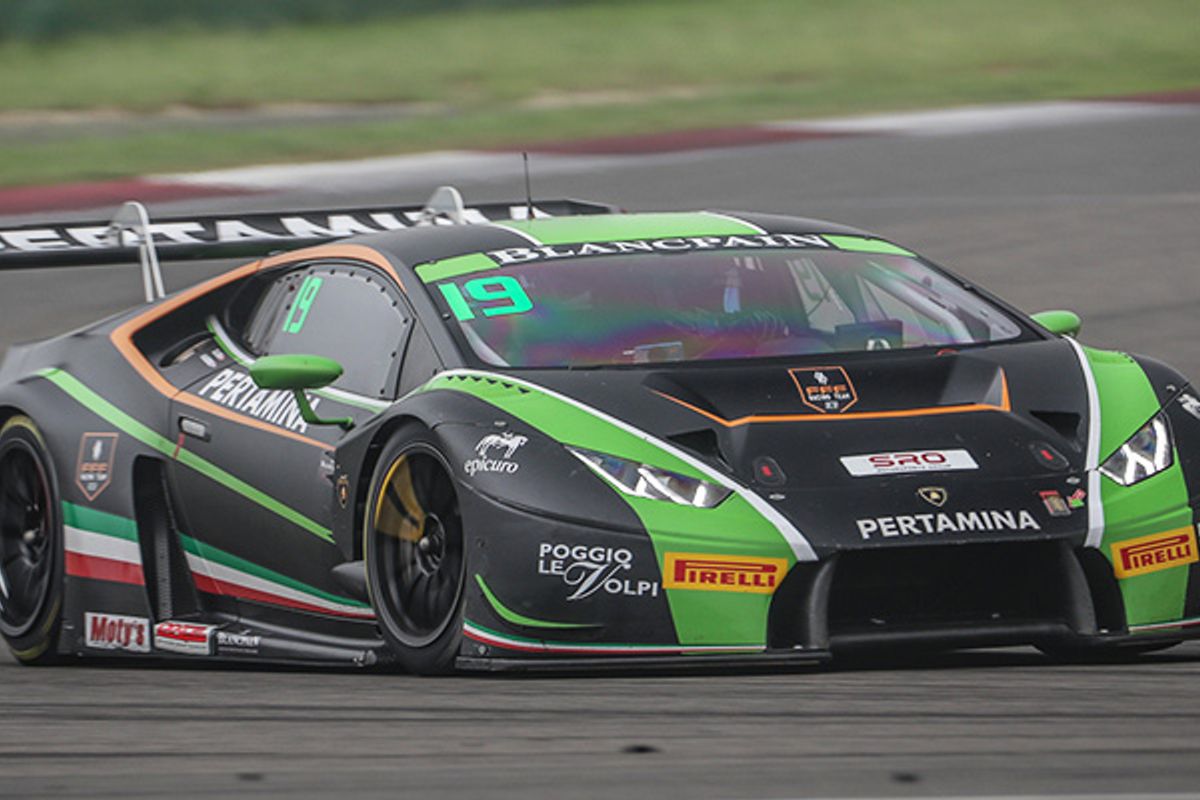 There was also a double GT4 pole for BMW Team Studie whose #81 M4 shared by Takayuki Kinoshita and Sunako Jukuchou will line up first this afternoon and tomorrow.

Initial laps largely set the tone during the first 15-minite session in which Dennis Lind never looked like being toppled after lapping in 2m06.063s. Audi driver Franky Cheng was the exception to that rule after pushing initial pace-setter Edoardo Liberati (KCMG Nissan) down to third, although Absolute Racing’s local favourite was unable to find the extra 0.3s required to snatch pole.

Mitch Gilbert made a welcome return to the top-six with OD Racing Team WRT after finishing one place clear of the leading Pro/Am entry piloted by Andrew Kim. The class’ championship leader Hiroshi Hamaguchi rounded out the top-eight.

Rick Yoon put the championship-leading GruppeM Racing Mercedes-AMG fifth but will benefit from three of his rivals ahead serving pitstop success penalties this afternoon.

As the track rubbered in so the times tumbled, but there was still no stopping FFF Racing’s #19 Lamborghini which once again finished top of the pile. This time it was Martin Kodric who prevailed in a far more frenetic session that saw multiple changes in the top-six throughout.

The Croatian’s benchmark lap of 2m05.138s – the fastest of the weekend so far – and 0.443s margin was impressive given the quality of his opposition. Indeed, his first flying lap would remain unbeaten over the remaining 12 minutes despite Raffaele Marciello’s best efforts. GruppeM’s #888 Mercedes-AMG thus starts alongside the Lamborghini and one place clear of Absolute Racing’s Martin Rump who twice recovered from his first lap being deleted to finally qualify third with less than a minute remaining.

The Audi’s late improvement came at the expense of Alex Imperatori who remained a top-four fixture throughout. His KCMG Nissan finished just 0.039s behind Rump and only 0.043s clear of FFF Racing’s second Lamborghini driven by Marco Mapelli.

Tim Slade might have played more of a role in the top-three fight were it not for an off just after setting his fastest lap. But the HubAuto Corsa Ferrari’s time was still sufficient to finish sixth ahead of Absolute Racing’s Alessio Picariello and Chris van der Drift’s JR-M Porsche.

Meanwhile, in GT4, it was the familiar name of Sunako Jukuchou who sealed his fourth consecutive pole aboard the #81 BMW Team Studie M4. However, the Japanese driver was only 0.129s faster than title rival Reinhold Renger whose GruppeM Mercedes-AMG finished ahead of class debutant Alex Au (Team iRace.Win). The result ensures all three title protagonists start tomorrow’s race from the front of the grid.

The weekend’s first 60-minute race begins at 15:30 this afternoon. Watch it live on the championship’s Facebook page and website, plus On.cc in Hong Kong and the Chinese streaming platforms listed below.