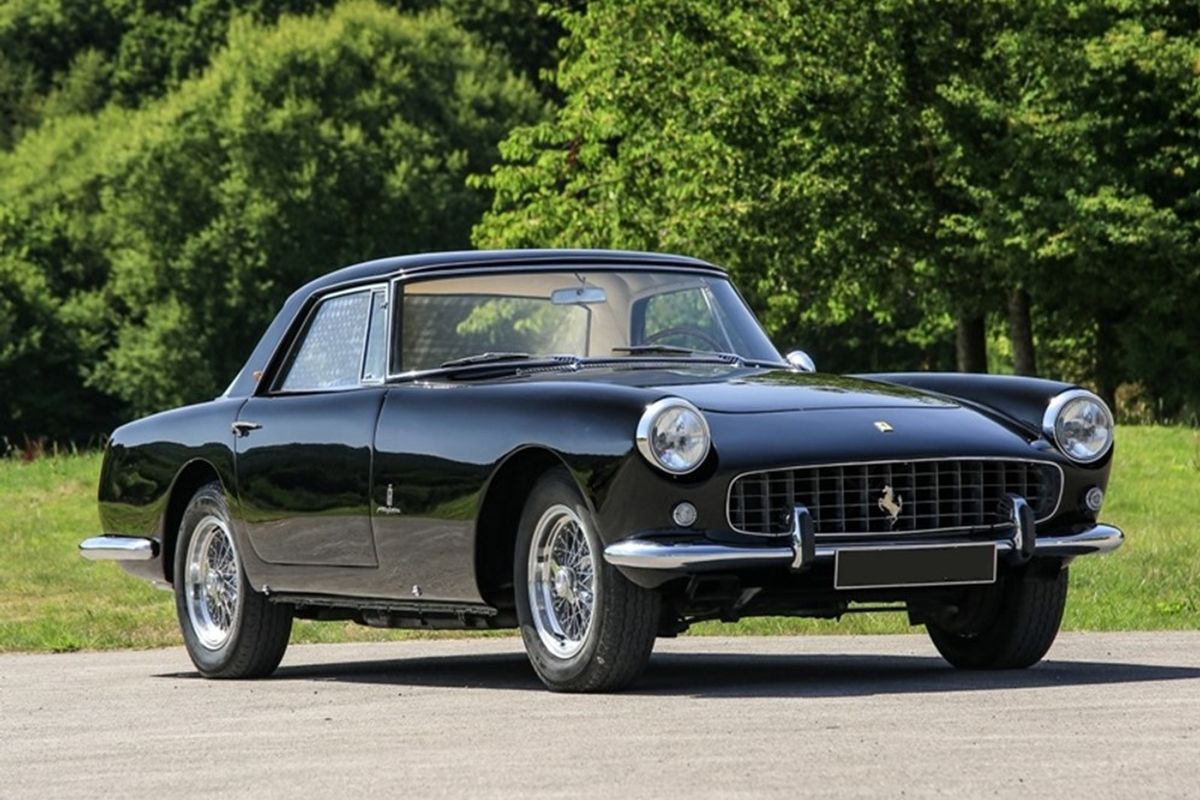 By the early 1960s, road car production had ceased to be a sideline for Ferrari and was seen as vitally important to the company's future stability. Thus the 250, Ferrari's first volume produced model, can be seen as critically important, though production of the first of the line - the 250 Europa, built from 1953 to '54 - amounted to fewer than twenty. The 250 Europa's introduction heralded a significant change in Ferrari's preferred coachbuilder; whereas previously Vignale had been the most popular among Maranello's customers, from now on Pinin Farina (later Pininfarina) would be Ferrari's number one choice.
True series production began with the arrival of Pininfarina's 'notchback' Coupé on the 250GT chassis, 350 of which were built between 1958 and 1960 within the sequence '0841' to '2081'. However, the relatively small scale of production meant that cars could still be ordered with subtle variations according to customer choice, as well as enabling a handful of show cars and 'specials' to be constructed on the 250GT chassis. A number of important developments occurred during 250GT production: the original Colombo-designed Tipo 128C 3.0-litre engine being superseded by the twin-distributor 128D, which in turn was supplanted in 1960 by the outside-plug 128F engine which did away with its predecessor's siamesed inlets in favour of six separate ports. Developed from the 1.5-litre unit that powered Ferrari's first ever sports car - the Tipo 125C - this supremely versatile engine proved equally at home on both road and track, effectively establishing the worldwide reputation of the marquee. On the chassis side, four-wheel disc brakes arrived late in 1959 and a four-speed-plus-overdrive gearbox the following year. More refined and practical than any previous road-going Ferrari, yet retaining the sporting heritage of its predecessors, the 250GT is a landmark model of immense historical significance.

The ownership history of this fabulous and rare Series I sports car can be traced (with the exception of one or two in the 1970s) within the history file and the evidence will show the following: Chassis 0975GT was first sold to Mr Mariotti in July 1958 from a dealership in Geneva, Switzerland. He had the car for three years and in 1961, sold it to Jean-Pierre Morand also in Switzerland; the original Swiss Registration document can be seen on file. During the 1970s, there appears to be one or two owners whose identity is unknown until it was sold to a dealer Mr Pierre de Siebenthal who then sold the car on to Mr Giordanengo in Italy in 1984. In October 1998, he then sold it to Mr Stober in Berlin, Germany who then instructed Mr Giordanengo to carry out a restoration. Mr Stober then sold 0975GT to Mr Peter Kirste in Germany in 2001. Whilst in his ownership, he entered it into a Ferrari Club Deutsche Concours event in Baden-Baden in 2003 when the car finished third overall. He kept the car for nine years until 2010 when he sold it to Mr Gotz Habisreitinger in Germany. It was he that then carried out what appears to be a full restoration of the car in 2010 by Peter Rosenmayer Sport and Race Cars in Stuttgart, who also famously the same year, restored the ex-Denny Hulme Monaco winning Brabham Repco of 1967. All itemised invoices for this restoration can be seen on file, showing a total expenditure of 60,172 Euros and also two CDs itemizing the restoration are also on file. The comprehensive history file shows many TüVs, whilst in Mr Habisreitinger’s ownership, which are Germany’s equivalent to the UK’s MoT test certificate. In the history file, there is a report carried out by an independent specialist for insurance purposes who marked 0975GT with a 1-2, which in Germany is excellent condition. The car was then sold to Hexagon Garage in London in 2012 who then sold it to the present owner, who has only driven the car a mere 300 miles since then. This fabulous Ferrari sits on the iconic Borrani wheels of which there is a spare with the car and it also comes with a tool kit roll. The present paintwork in Nero Tropicane, is the original colour and the quality of which would be extremely difficult to find anywhere, as is the interior which is also in the original colour hide from when it left the factory and is also in exemplary condition.

This truly is a fabulous car and we believe it is fitted with its original matching numbers Colombo three litre engine. It would certainly grace any collection or would be a great competitor to any Concours event anywhere in the world. Offering the versatility to be purchased by a collector or just to be enjoyed by an enthusiast.