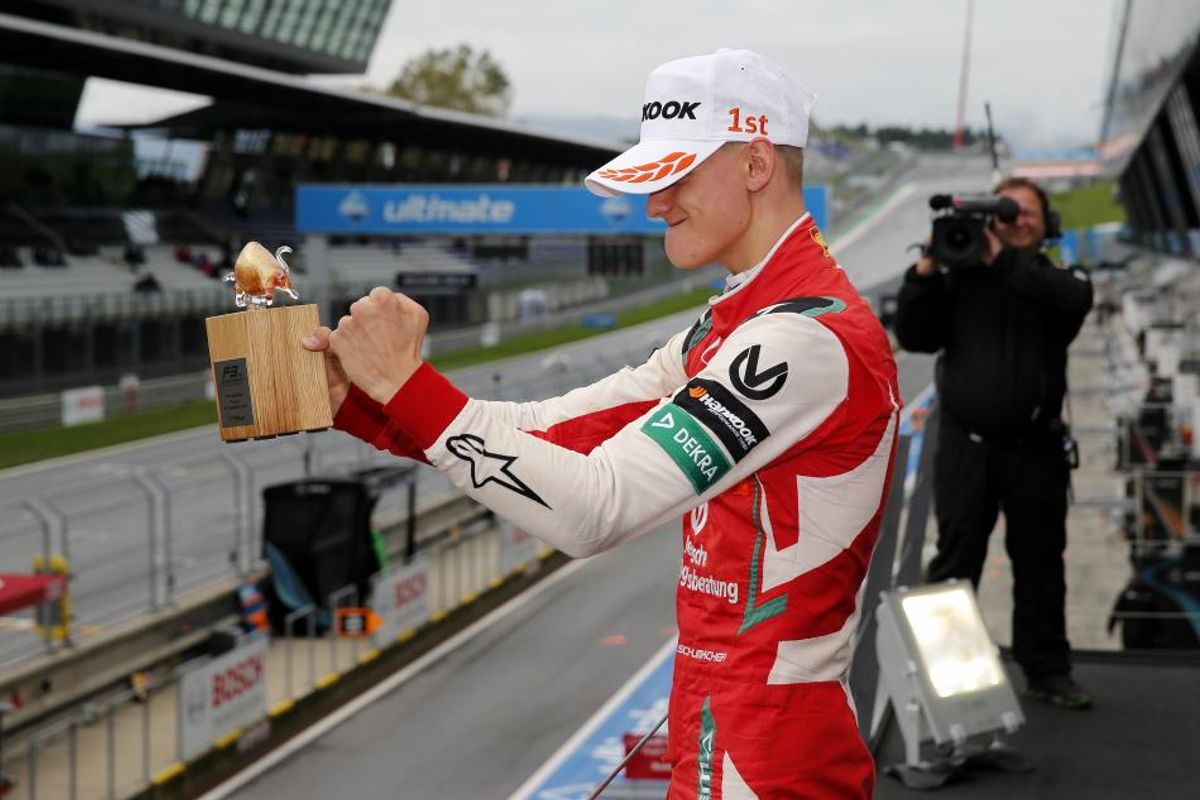 Mick Schumacher took the lead at the start from Marcus Armstrong and Robert Shvartzman. The first safety car intervention of the race, caused by retirements of Keyvan Soori Andres (Van Amersfoort Racing) and Sebastian Fernandez (Motopark) on the opening lap, didn’t change that order.

A collision between Artem Petrov (Van Amersfoort Racing) and Alex Palou (Hitech Bullfrog GP) in the duel for eleventh place on lap 17 led to the second safety car intervention. Schumacher also remained in control during the second restart of the race and maintained his lead. Behind him, Armstrong had to defend his second place against his charging teammate Shvartzman, which he did with success. The safety car came out a third time following a collision involving Daniel Ticktum, Sacha Fenestraz (Carlin) and Jehan Daruvala (Carlin) on lap 21. All three drivers involved in the incident retired while Schumacher celebrated his fifth consecutive victory soon after that. Behind Armstrong and Shvartzman, Vips, Ralf Aron (PREMA Theodore Racing), Jonathan Aberdein (Motopark), Fabio Scherer (Motopark), Ferdinand Habsburg (Carlin), Guanyu Zhou (PREMA Theodore Racing) and Sophia Flörsch (Van Amersfoort Racing) rounded out the top ten. Flörsch thus scored her maiden Formula 3 European Championship point.

Mick Schumacher (PREMA Theodore Racing): “I had to start from the more damp side of the grid, but I still maintained first place. Then I tried to build an advantage, which I did at every restart as well. Partly, I also was lucky because drivers behind me were fighting. Too bad that the race ended behind the safety car. Nevertheless, I am happy with this win, of course.”

Marcus Armstrong (PREMA Theodore Racing): “From my perspective, it was a normal race. I tried to move further up to the front, but it wasn’t particularly easy and Mick drove very well, too. When I made a slight mistake, I also damaged my left front tyre, which made my race more difficult. Therefore I was relieved that the race ended behind the safety car. The battle with Robert for second place was fair and enjoyable.”

Robert Shvartzman (PREMA Theodore Racing): “I also enjoyed the battle with Marcus for second place and fair from both sides. At the start of the race, I was in a battle with Marcus and Jüri, but then we had the first safety car. After the restart, I concentrated on keeping my gap to fourth place at a consistent level until the safety car came out for the second time. Then, there was the duel with Marcus. All in all, I am happy to have scored some more valuable points by finishing third.”