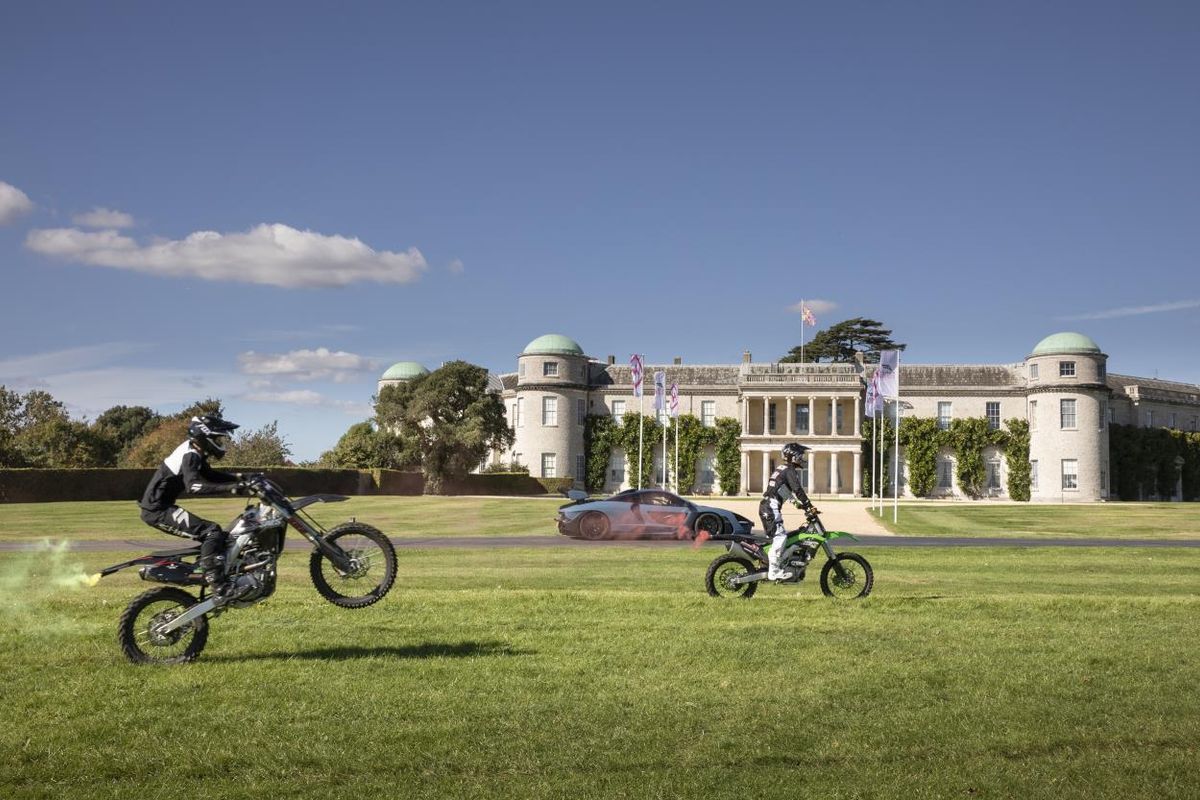 To celebrate the launch of the Microsoft Studios’ Forza Horizon 4 for Xbox One and Windows 10 PCs , an unprecedented race was organised at the Goodwood Hill Climb between cover car, the McLaren Senna and three motocross bikes. Inspired by the car itself and the spectacular showcase of events in Forza Horizon 4, the McLaren Senna took on the three 450cc Motocross bikes on a straight fight to the top of the iconic Goodwood Hill.

Driven by one of McLaren Automotive’s pro drivers and with a top speed of 208mph, the McLaren Senna proved more than a match for the three Motocross bikes. Despite the bikes’ unconventionally direct route up the hill, including a few jaw-dropping jumps and tricks, the Senna’s incredible speed and power won out.

This latest partnership between the British creator of luxury sportscars and supercars and Microsoft follows a rich history of collaboration where McLaren cars have been featured extensively throughout the Forza catalogue, including the McLaren P1TM which debuted on stage at E3 2013 and was the cover star of Forza Motorsport 5. It’s latest star, the McLaren Senna, is the most extreme road car McLaren has ever built and the latest model in the Ultimate Series. The McLaren Senna has been designed, engineered and developed with single-minded purpose: to be the ultimate McLaren track-concentrated car for the road. It bears the name of legendary Formula 1 driver, Ayrton Senna, befitting its status as the ultimate McLaren road-legal track car. With production of the car well underway at the brands home in Woking, over 50 customers have now taken delivery of their McLaren Senna.

Forza Horizon 4 Ultimate Edition is available from this Friday, September 28, four days ahead of the global launch on Tuesday, October 2. Forza Horizon 4 is the highly anticipated sequel to 2016’s massive is a racing genre-first where players experience dynamic seasons and explore gorgeous scenery in a shared open-world. Collect, modify, and drive over 450 cars, and play solo or team up with friends to race, stunt, and explore your way through beautiful and historic Great Britain.