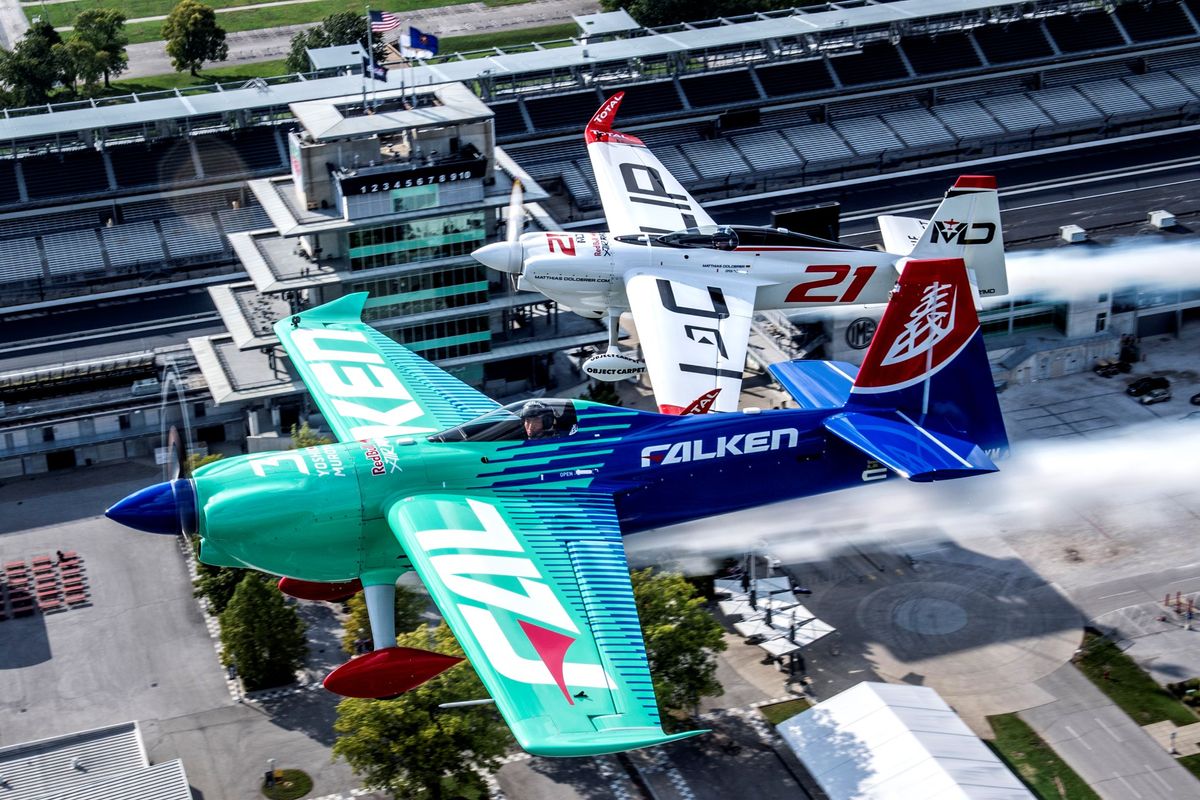 Two pilots renowned for making motorsport history at the USA’s Indianapolis Motor Speedway created a spectacular scene as they flew above the famous oval ahead of the penultimate stop of the 2018 Red Bull Air Race World Championship. The race takes off at The Brickyard this 6-7 October.

Over the past two seasons, the sport’s World Champion has been decided at Indianapolis Motor Speedway. Soaring over the racetrack in their raceplanes were Matthias Dolderer, who kissed the Indy bricks and clinched the first title for Germany in 2016, and Yoshihide Muroya, who did the same for Japan in 2017. This weekend, the two aces will be part of a 14-pilot field looking to sew up 2018 honors as the raceplanes fly through a racetrack of 25-meter/82-foot inflated pylons at speeds of up to 370kmh/230mph, pulling as much as 12G – right inside the oval.