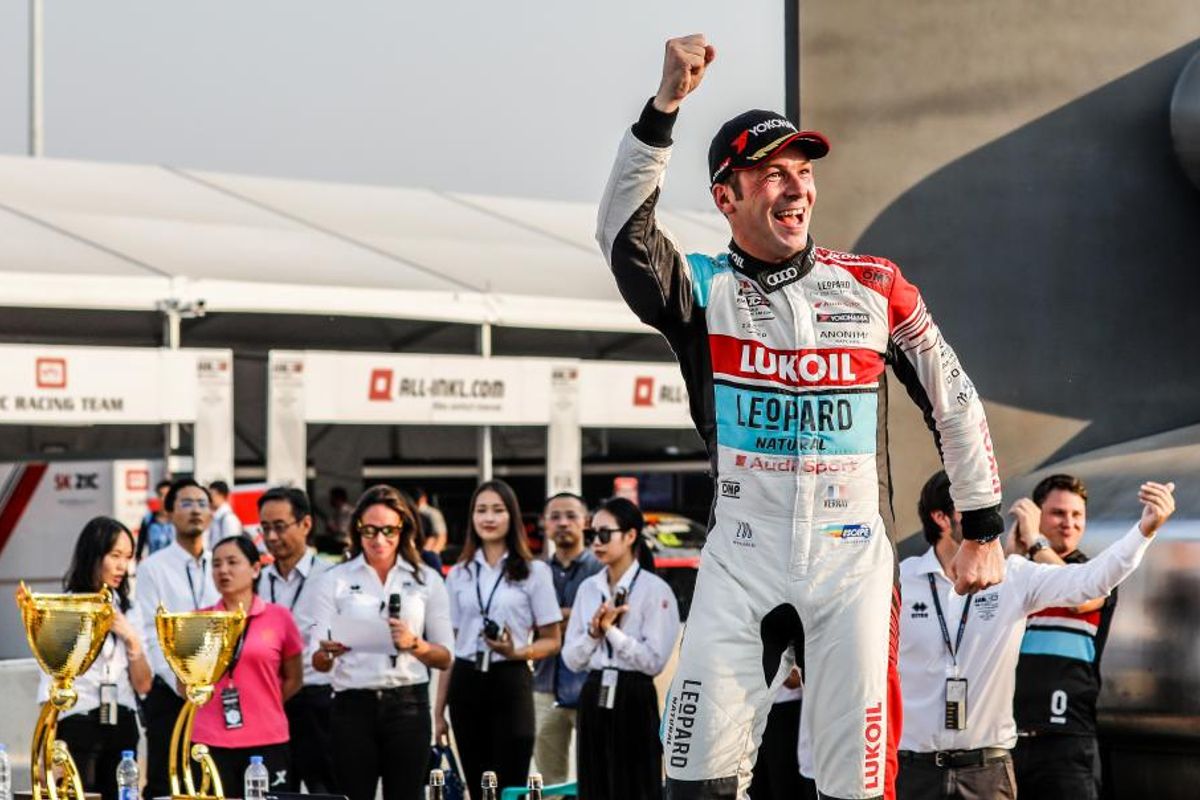 Jean-Karl Vernay converted his DHL Pole Position into a strong victory in Race 1 at WTCR Race of China-Wuhan as five customer racing brands finished in the top seven places at the Wuhan International Street Circuit.

“I was focused on my start to make sure it was good,” said Vernay, who led into Turn 1 and maintained his advantage all the way to the chequered flag for his third win of the season. “I managed to stay focused – it’s a technical track, it’s tricky and it’s easy to make a mistake. Now I will try and do it again tomorrow.”

Vernay also paid tribute to his team-mate Shedden. “It’s a good day for the whole team and also for Gordon. It had been hard for him, but we have stayed confident in him and now he’s back where he should be.”

As Vernay and Oriola made clean starts to maintain their grid positions through the opening corners, there was plenty of shuffling behind them. Denis Dupont, who started fourth in his Comtoyou Audi RS 3 LMS, ran wide and at the first turn, rejoined and then tagged team-mate Nathanaël Berthon, who did a great job to hold a big moment.

Fast starting Ehrlacher rose from seventh on the grid to complete the first lap in third place, from Shedden (fifth on the grid), Comtoyou’s Frédéric Vervisch and a recovering Berthon. Dupont had dropped to P11.

At the restart on lap seven Vernay and Oriola once again sprinted away as Shedden piled pressure on Ehrlacher’s ALL-INKL.COM Münnich Motorsport Honda. The three-time British Touring Car champion chased his prey hard and made his decisive move on lap 12, as Vervisch joined the battle. He would now chase Ehrlacher, but the Honda driver would hold off the Audi to claim fourth place.

Aurélien Comte drove well in his DG Sport Compétition PEUGEOT 308TCR to finish sixth from ninth on the grid, while Kevin Ceccon delivered an encouraging seventh place for Team Mulsanne in his Alfa Romeo, gaining one position from his qualifying placing t0 ensure a wide diversity of racing brands in the top positions.

ALL-INKL.COM Münnich Motorsport’s Esteban Guerrieri had to work hard for eighth after pressure from Berthon, who had lost further places on lap eight when a challenge on Vervisch and Shedden ahead of him cost him dear.

Behind Berthon, his Comtoyou team-mate Aurélien Panis completed the top 10 ahead of the team’s third Audi of Dupont – a disappointing return after such a strong qualifying performance.

His YMR team boss Yvan Muller finished behind the Golfs in P16, while WTCR OSCARO points leader Gabriele Tarquini was P18. His BRC Racing team-mate Nobert Michelisz had a difficult race, having started from the back of the grid following an engine change, the Hungarian pitted at the end of the first lap, although he did briefly return to the action later in the race to gain some much needed track time.

The second qualifying session of WTCR Race of China-Wuhan takes place on Sunday at 09h00 local time, with Race 2 following at 15h45.