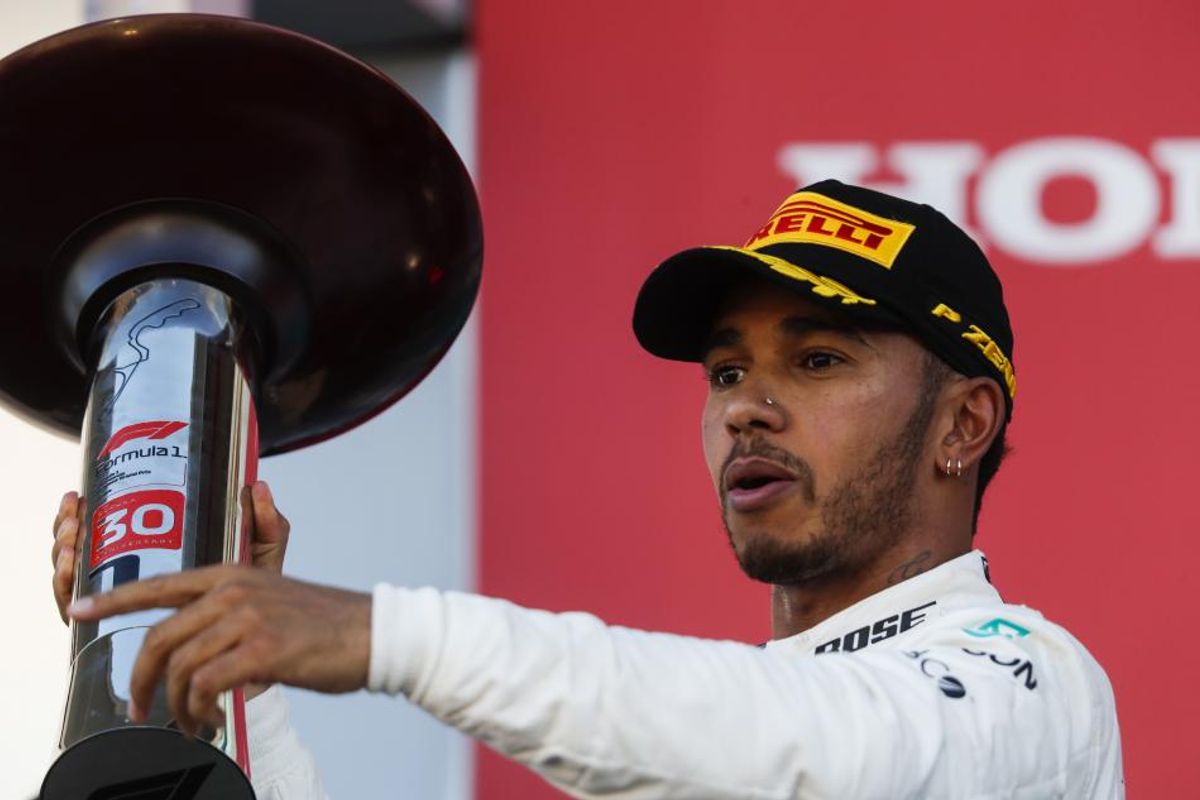 Sebastian Vettel battled back to sixth place at the chequered flag after a collision with Verstappen early in the race dropped him to the rear of the field. The result means that Hamilton will carry a 67-point lead over Vettel to the next race, round 18 of 21, in the USA.

Hamilton held his advantage at the start, moving across the track to cover team-mate Valtteri Bottas and the hard charging Max Verstappen of Red Bull. Behind them, Vettel was on the move. Starting from P8 after a poor qualifying session, the German was soon past the Toro Rossos of Brendon Hartley and Pierre Gasly and then began to close in on fourth-placed team-mate Kimi Räikkönen.

That task was made easier when third-placed Verstappen went wide at the chicane and in rejoining tangled with Räikkönen. While Verstappen stayed third, Räikkönen was slow in returning to the track and Vettel powered past to claim fourth place.

The incident was put under investigation and Verstappen was later handed a five-second time penalty for “leaving the track and not returning safely”.

Further back, Daniel Ricciardo was on the move in the second Red Bull, and when Kevin Magnussen went off track due to a puncture caused in a collision with Sauber’s Charles Leclerc, Ricciardo moved up to 10th place.

Magnussen was able to limp back to the pits, but failing rubber from his rear tyre led to large amounts of debris from his car being spread across the track. As a result rhe Safety Car was deployed.

When the SC left the track Verstappen again found himself tangling with a Ferrari – only this time it was title contender Vettel.

The German attempted an overtaking move into the Spoon curve but Verstappen was already turning in and Vettel hit the side of the Red Bull hard. The Ferrari driver lost as susnatntial amount of bodywork in the collision and spun, but once again Verstappen was able to carry on in third place. Vettel dropped to P19.

Verstappen pitted on lap 21 and after taking on a set of soft tyres rejoined just ahead of Raikkonen who then found himself bottled up behind Grosjean. Räikkönen’s delay prompted a pit stop from Ricciardo and he succeeded in jumping the Ferrai, rejoining in fourth place.

Further back, Vettel pitted from P10 on lap 26 for soft tyres. He emerged in P16 and was soon back into the points positions. On lap 33 he made his way past Grosjean to claim sixth place but with 40 seconds to make up to fifth-placed Räikkönen, his progress ended there.

At the front, Hamilton was in command and after 53 laps, the Briton powered over the line to claim his ninth win of the season and as 67-point championship lead over Vettel, with four rounds remaining.

Bottas held on to second place, whiel Verstappen took his seventh podium finish of the campaign with third place ahead of team-mate Ricciardo. The Ferraris of Räikkönen and Vettel were fifth and sixth respectively, while Sergio Perez was seventh for Force India ahead of Haas’ Romain Grosjean and the second Force India of Esteban Ocon. The final point on offer was taken by Renault’s Carlos Sainz.