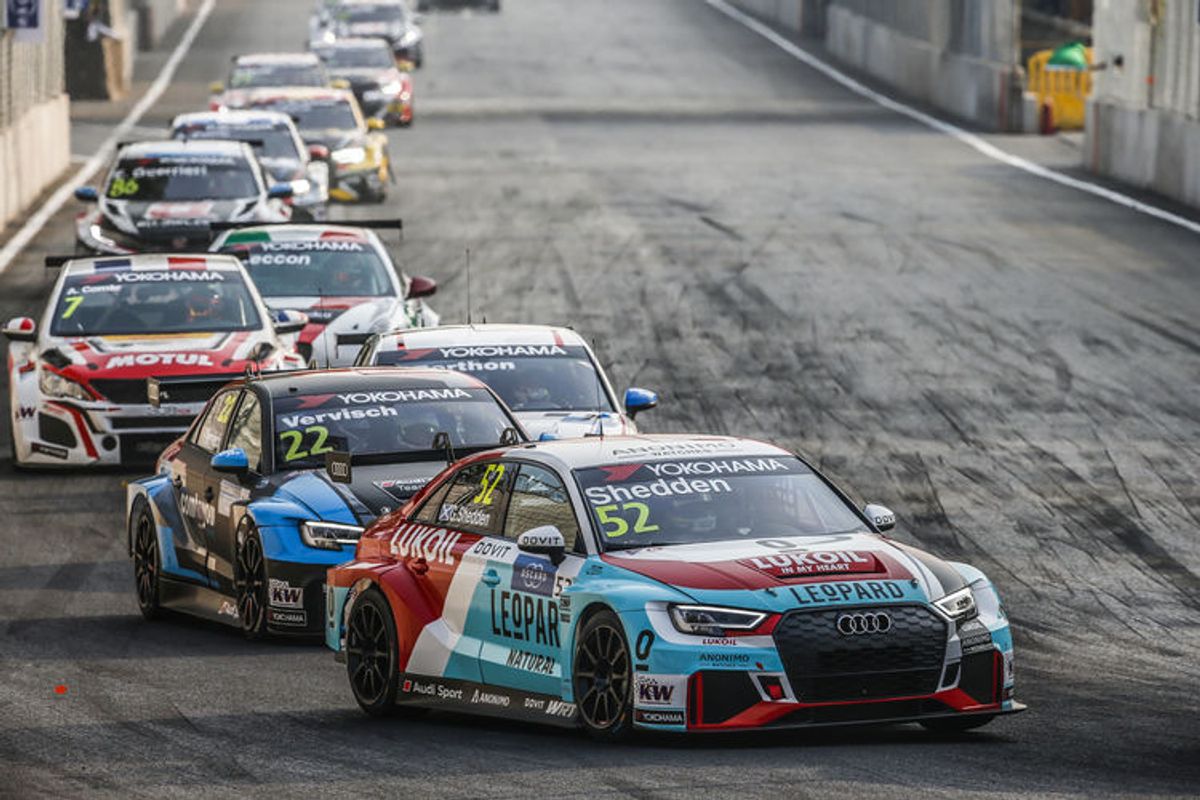 The eighth race weekend of the WTCR – FIA World Touring Car Cup on the track in Wuhan, China delivered a dream result for the Audi RS 3 LMS. The Audi Sport Leopard Lukoil Team, Audi Sport Team Comtoyou and Comtoyou Racing squads scored 211 points with their six drivers – 91 points more than the previous best weekend in Zandvoort. In addition, Jean-Karl Vernay took the third victory of the season and is the best Audi driver in the standings in fifth position.

The three races in the city center of the bustling metropolis will remain unforgettable for the Audi Sport customer racing squads. In first qualifying, Jean-Karl Vernay took his second pole position this season for the Audi Sport Leopard Lukoil Team. Afterwards, the Audi Sport driver took an unchallenged start-finish victory. It was his third this year following on from his wins in Marrakech and Zandvoort. His team mate Gordon Shedden completed the podium in third place. It was the first podium finish for the Scot this season. He subsequently rose to the occasion: In second qualifying he clinched his first pole position and the third for Audi Sport. Three other Audi drivers – Frédéric Vervisch, Denis Dupont and Jean-Karl Vernay – followed close behind.

For the second FIA WTCR race, the first ten competitors line up in reverse sequence on the starting grid. The Frenchman Nathanaël Berthon started fifth as the best Audi driver for Team Comtoyou Racing and improved in spectacular battles to take third place. As a result, five of the six Audi RS 3 LMS drivers have won a trophy in the world cup this season.

Audi produced a crowning finish in the third race. Even before the start, Audi Sport Leopard Lukoil Team was one of the winners: during the short repair break, the mechanics changed the steering in time on Gordon Shedden’s car, who had been an innocent victim in an accident in the second race. The effort proved to be well worthwhile: In a turbulent race, during which the safety car was deployed twice, Shedden kept cool and celebrated his first victory of the season. Frédéric Vervisch from Audi Sport Team Comtoyou finished second to claim his sixth podium finish this year. His team mate Denis Dupont finished third again as he had a week before in Ningbo. The only downside: Jean-Karl Vernay scored no points after receiving a drive-through penalty.

“A big thank you and congratulations to our teams and drivers,” said Chris Reinke, Head of Audi Sport customer racing. “The best weekend so far was impressive with two victories and four other podium finishes. You can really feel that everybody is concentrating their strengths in this critical stage of the championship.” In just three weeks the ninth of ten events is on the agenda at the track in Suzuka, Japan.