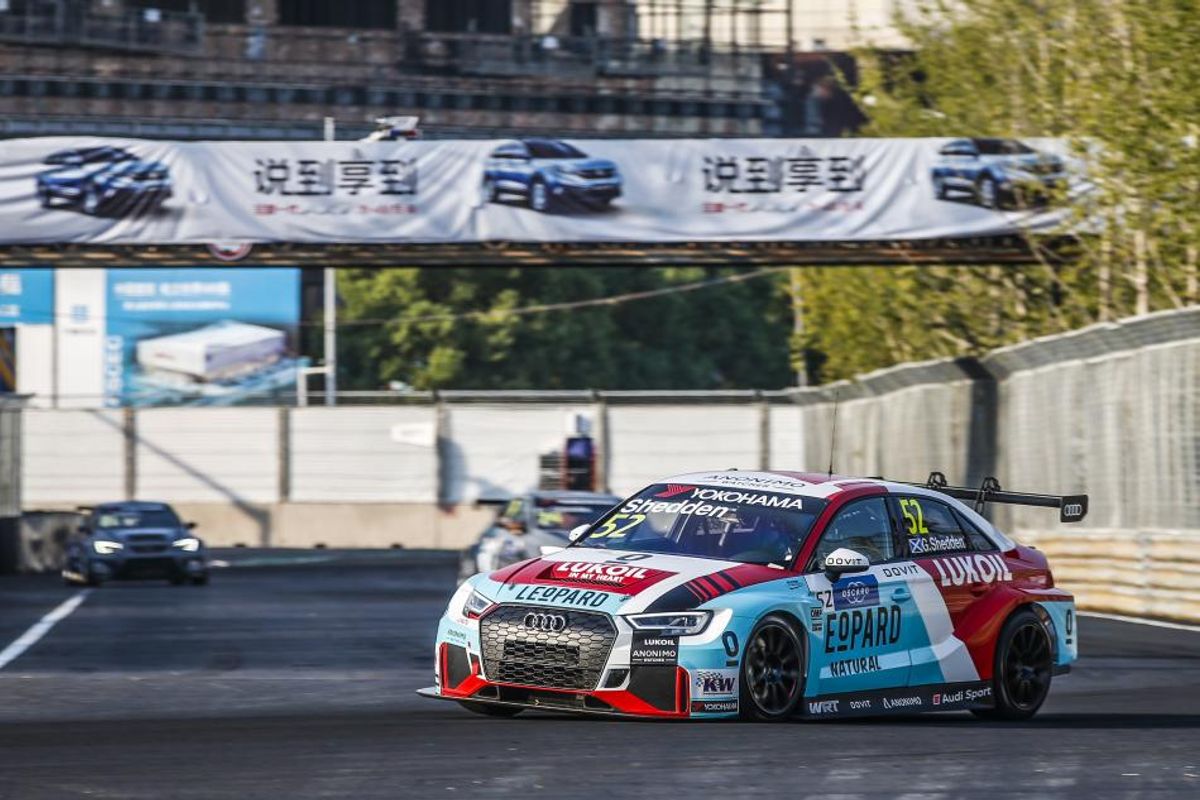 The Scot converted his DHL Pole Position into a lead he would not lose, but had to survive two incidents with Denis Dupont and a pair of restarts after safety car interruptions. He then had to hold off a determined Vervisch, who chased him hard throughout the final stages for what would also have been his first win in the WTCR OSCARO.

“Crazy race,” said an ecstatic Shedden, who becomes the 13thdifferent winner in this super-competitive WTCR OSCARO season. “Denis attacked me twice, at Turn 1 and then at the chicane when he hit me with the tyre stack!”

Shedden paid tribute to his team, who were forced to carry out big repairs following damage to his steering after Race 2. “The team did a fantastic job to replace the steering rack between the races – just incredible. I’d also like to thank all the support I’ve had back in the UK. We’ve found something this weekend – what a transformation in seven days [since Ningbo].”

Shedden’s Audi Sport Leopard Lukoil Team entry was challenged by the Comtoyou Audi RS 3 LMSs of Vervisch and Dupont at Turn 1 after the start, the latter nerfing the three-time British Touring Car Champion who did well to hang on to the lead.

Behind them, Shedden’s team-mate, Race 1 winner Jean-Karl Vernay, triggered plenty of damage to other cars when contact with Aurélien Comte left the DG Sport Compétition PEUGEOT 308TCR in the wall. Sébastien Loeb Racing’s Rob Huff was left with nowhere to go and his Volkswagen Golf GTI TCR tagged the back of the French car. ALL-INKL.COM Münnich Motorsport’s Timo Scheider then hit Huff, as others found themselves with race-ending damage.

The safety car was called to clear up the mess. When the dust settled, Comte, Huff, Scheider, Zengő Motorsport’s Zsolt Szabó and the other DG Sport Compétition PEUGEOT of Mato Homola were all out of the race.

Before the restart on lap nine, Esteban Guerrieri was forced to give up the second place he’d taken by cutting Turn 1 despite claiming his ALL-INKL.COM Mannish Motorsport Honda Civic Type R TCR had been hit in the rear. But he allowed Dupont and Vervisch back ahead of him before the green flags flew.

Meanwhile, Vernay was handed a drive-though penalty for the incident with Comte. He would eventually finish out of the points in P15.

At the restart, Dupont indicated that he would challenge Shedden for the lead by sticking to the leader’s bumper. Then on lap 11 he made a clumsy attempt to pass, piling into the tyre stack on the inside of the chicane which then bounced into Shedden. The leader survived, Dupont lost a place to Vervisch and the safety car was called on again to reposition the tyre stack.

At the second restart on lap 15 Vervisch latched on to the back of Shedden – and didn’t let go. The pair were separated by just 0.558s at the flag after 23 dramatic laps, with Dupont completing an Audi 1-2-3.

Guerrieri clung on to fourth in his Honda despite a dislodged exhaust creating sparks behind him, as Comtoyou Racing’s Nathanaël Berthon tried everything he could to find a way past. He settled for fifth having already demoted the Team OSCARO by Campos Racing Cupra TCR of Pepe Oriola.

WTCR points leader Gabriele Tarquini was out of luck in P13 in his BRC Racing Team Hyundai, while title rival Yvan Muller retired his smoking i30 to the pits.