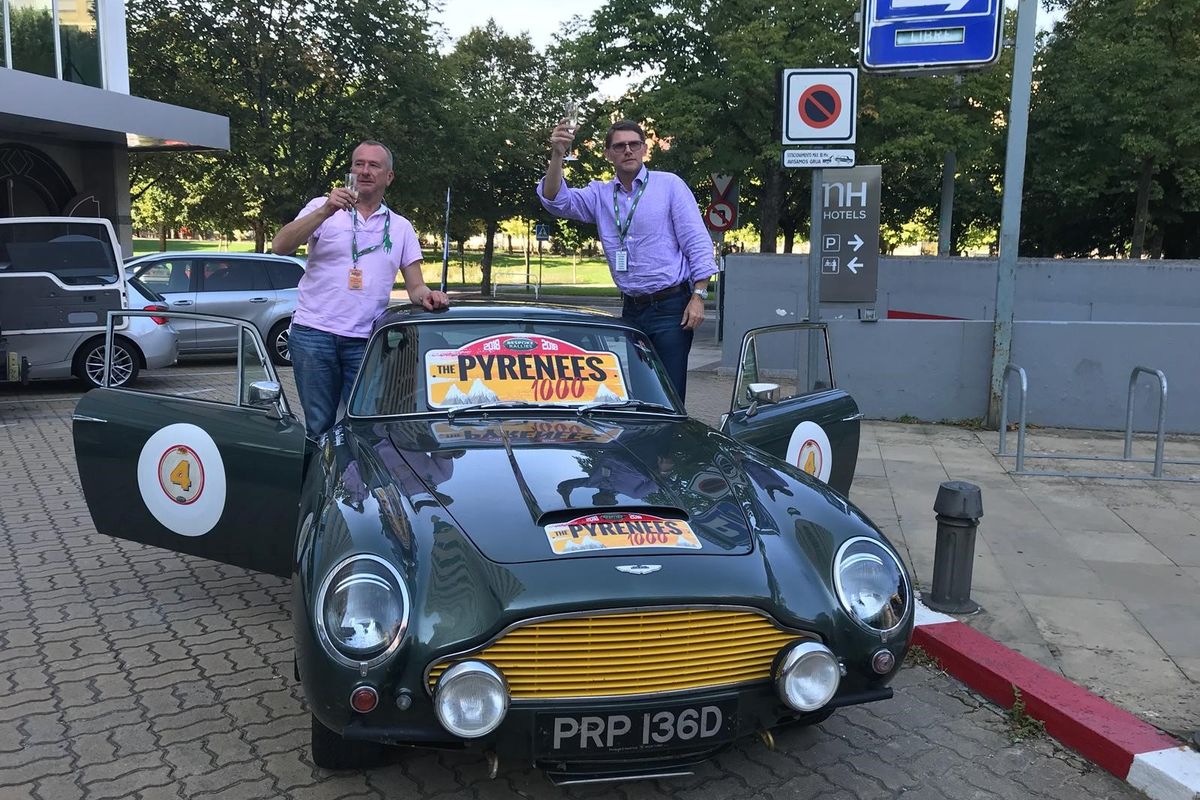 Julian Reddyhough and Gus Pope have achieved a convincing victory in Bespoke Rallies’ inaugural Pyrenees 1000 event aboard an Aston Martin DB5. A new four-day contest of, as the name suggests, 1000km, the regularity rally began and ended in Pamplona, Spain (as in The Running Of The Bulls), and passed through some of Europe’s most stunning mountain scenery, including areas of France and Andorra. The eclectic array of competing cars ranged in age from an immaculately-presented 1926 Bentley 3 Litre to a modern Lotus Elise, and included such sporting automotive icons as a Ferrari Boxer, AC Cobra, Jaguar E-Type and MGA, in addition to the triumphant Aston Martin.

Having been worthy winners of the same company’s recent Highland 1000 rally, the pilots of the 1969 E-Type, Nick Seaton-Burridge and Dennis Greenslade, were intent on further success, but an almost faultless second day run from Andorra to Pau by the Aston Martin team left the Jaguar boys fighting over second place with the Cobra pairing of Dominic Manser and Jill Brum. Ultimately, it was dropped points by the latter on the final passage from Pau to Pamplona that allowed Seaton-Burridge and Greenslade to claim the runners-up spot.

Commented Bespoke Rallies director John Brigden: “The stunning scenery combined with perfect conditions throughout to make this a memorable event, and a big hit with the competitors. Under the circumstances we will have no hesitation in running it again in 2019, be it in May rather than early Autumn.”

The final event on Bespoke Rallies’ packed international calendar of 2018 will be the Grand Prix of South America. A 10,000km adventure through the wilds of Argentina, Bolivia, Peru, Ecuador and Colombia, it will run from October 18 to November 17. For further details of all Bespoke Rallies’ popular events see www.bespokerallies.com.