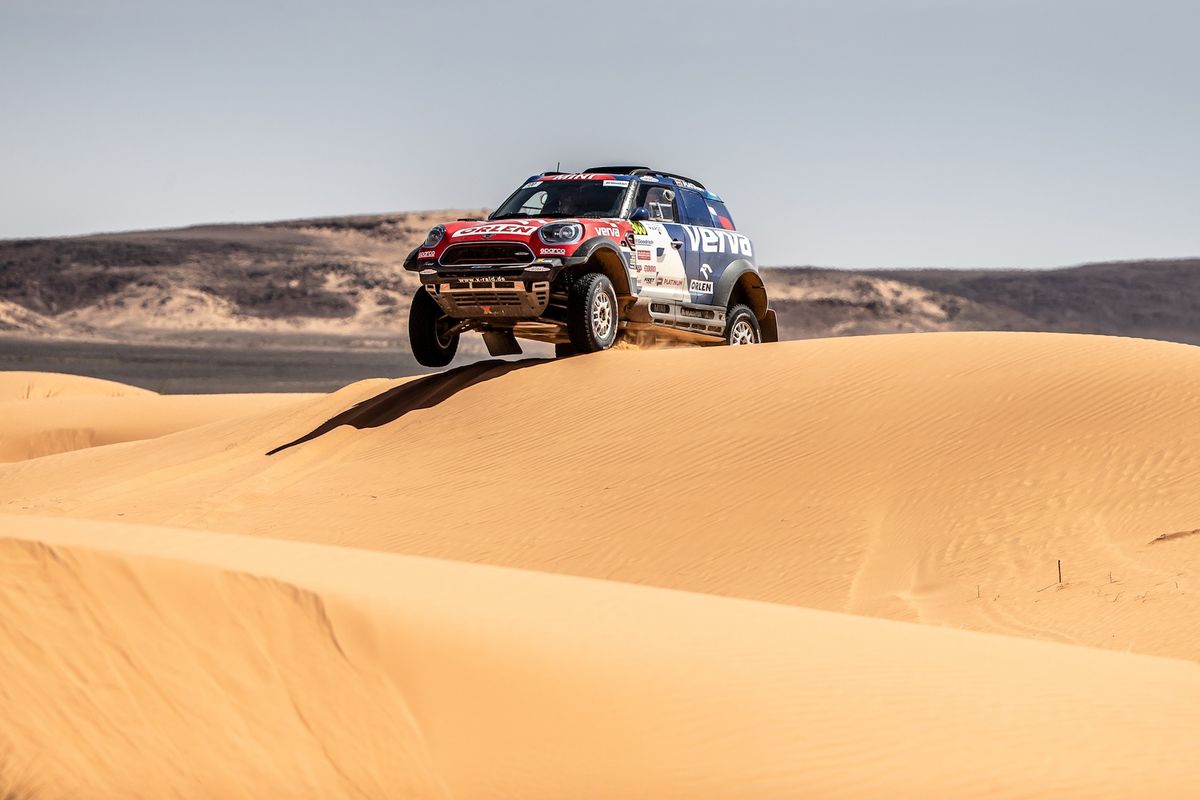 Taking the 2018 FIA World Cup title is another huge step for the young driver from Poland, after finishing the 2017 edition of FIA Cross Country Rally World Cup in second place. With this season’s impressive win, it also means the Przygonski and Colsoul duo have netted MINI and MINI Motorsport partner X-raid the FIA World Cup title six times.

Rallye du Maroc didn’t hold any serious problems for the MINI Family crew driving under the banner of ORLEN Team. The famed reliability and performance of the MINI John Cooper Works Rally only required the controlled driving of Przygonski and the clinical navigation direction of Colsoul to stay on course for the title right up until the finish line of Stage 5 in the area of Fez.

Also competing within Rallye du Maroc were two drivers of the newly formed X-raid MINI JCW Team. Cyril Despres (FR) and Carlos Sainz (SP), under the direction of MINI Motorsport partner X-raid, they were putting the latest specification MINI John Cooper Works Buggy cars through their paces in racing conditions as part of an ongoing development programme leading up to a three-pronged MINI JCW Buggy attempt on the 2019 Dakar – Stéphane Peterhansel (FR) being the third driver.

Although Despres and Sainz competed for the sole purpose of testing their new MINI cars, both drivers had fun and were running at a very fast pace throughout the five stages of the race. For their efforts, both drivers netted a stage win each. Depres finished the race third overall. Unfortunately, Sainz had a technical issue at one point during Stage 2 and it was enough to add time to his end result – with the race a close run affair, the additional time couldn’t be pulled back.

Jakub Przygonski:
“We are so happy at winning the title; the World Cup is coming to Poland and Belgium. It has been a really good year for us, not easy of course because we did almost 100 hours in the race car this year, which really is a lot. We are really good and we have made a lot of progress this year. We are so happy.

“Our MINI John Cooper Works Rally was really reliable and fast. From the beginning here in Maroc, we were going really fast and pushing. It was not so easy to be on the podium here in Maroc because the top guys were all here and it was really like a super sprint compared to the Dakar.”

Cyril Despres:
“It was a good race to test the MINI John Cooper Works Buggy. We know where we have to work and improve. We found a good pace and a good feeling – the speed is very good.”

Carlos Sainz:
“The race was good; not easy and good to test the car and the crew. We made a big mistake three days ago and, in that moment, it became impossible to fight for the victory. The car is good, we made a lot of test before and the race was perfect to realise that we are working in the right direction”

Sven Quandt – CEO X-raid:
“First of all, I congratulate Kuba and Tom on winning the FIA World Cup. Both have improved more and more over the year to achieve a great result. I am curious how things will continue at Dakar, and can imagine a surprise.

“With the MINI JCW Buggy, we have one year of development behind us and we can see we have the speed to drive at the front. We are especially satisfied with the performance of both cars and Cyril can be satisfied with the result.”