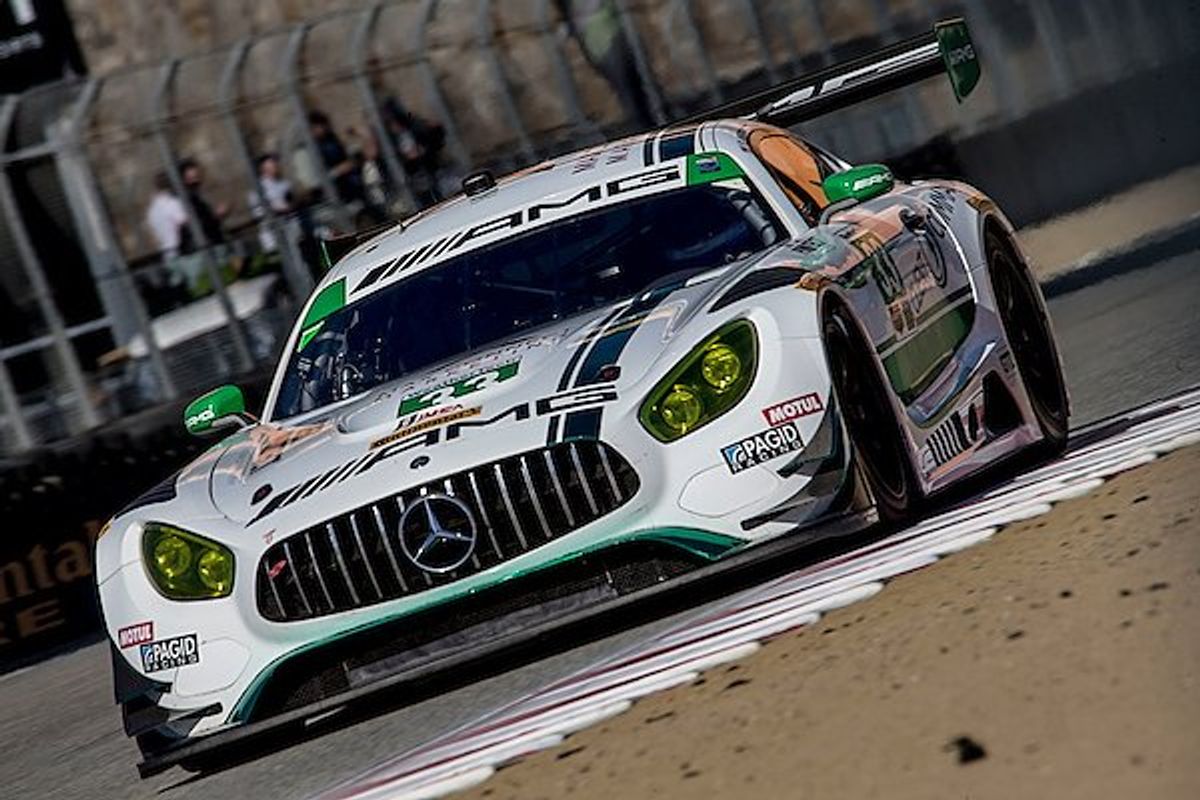 Along with 2018 endurance race co-driver Luca Stolz, Keating, Bleekemolen, the No. 33 team and Mercedes-AMG once again return to the Road Atlanta finale leading the TPNAEC standings. The No. 33 team and drivers have a two-point lead, 31 – 29, over the second-place competitors while Mercedes-AMG, with 32 points, is one point ahead of the second-place manufacturer and two points clear of the third-place competitor.

The TPNAEC is a four-round title bout within the overall WeatherTech Championship that awards the top performers in the year’s four major endurance races. The No. 33 team and drivers finished fourth in the season-opening Rolex 24 At Daytona, third in the 12 Hours of Sebring in March and fifth in this summer’s Sahlen’s Six Hours of The Glen.

At Petit Le Mans, TPNAEC points will be awarded at the finish and at the end of the race’s fourth and eighth hours.

Plumb and Trinkler have co-driven the No. 46 TeamTGM Mercedes-AMG GT4 to victories in three of the last four Continental Tire series races and are the only full-season team in GS to have completed every race lap this season.

The success has the Mercedes-AMG GT4 No. 46 and its drivers a full 31 points ahead of the second-place competitors, 261 – 230, in both the GS team and driver championships heading to Road Atlanta. With a race win worth a maximum 35 points, all Plumb, Trinkler and the No. 46 team need to do to seal the 2018 championships is start Friday’s race and have each driver meet the 45-minute minimum driving time.

First-year GTD entrant P1 Motorsports has focused on the TPNAEC this year, and team owner and driver JC Perez will be joined in his Petit Le Mans debut in the No. 71 P1 Motorsports Mercedes-AMG GT3 by Felipe Fraga and official Mercedes-AMG driver Maximilian “Maxi” Buhk.

TeamTGM runs a second car for team owner and driver Ted Giovanis, who co-drives his No. 4 TeamTGM Mercedes-AMG GT4 with Guy Cosmo.

Another two-car effort comes from Winward Racing/HTP Motorsport that fields the No. 57 Mercedes-AMG GT4 for Bryce Ward and Indy Dontje, and the sister No. 33 Winward Racing/HTP Motorsport car of Russell Ward and Damien Faulkner. Faulkner and Russell Ward co-drove the No. 33 to a personal-best third-place finish at Canadian Tire Motorsport Park (CTMP) in July, the first podium showing for the Mercedes-AMG GT4 in the IMSA Continental Tire series.

Murillo Racing also fields a pair of Mercedes-AMG GT4 in the IMSA Continental Tire series, with Jeff Mosing and Eric Foss co-driving the team’s No. 56 entry and Brent Mosing and Tim Probert sharing the similar No. 65 car.

Ben Keating, Driver – No. 33 Mercedes-AMG Team Riley Motorsports Mercedes-AMG GT3: “I am incredibly excited about going into Petit Le Mans with the Tequila Patrón North American Endurance Cup (TPNAEC) lead. I love the TPNAEC format. I love the longer races. I am thrilled to be in position to compete for it again in 2018. The whole point system of the TPNAEC makes our race strategy totally different than most other cars in the race. Most teams are racing for the win at the 10-hour mark, and hopefully so are we, but if we can get enough points at the four- and eight-hour marks, then we can clinch the TPNAEC before the end. This will create different strategies on pit stops, tires and fuel. Overall, I think the Mercedes-AMG GT3 has been better for the full season this year than it was in 2017. Road Atlanta should reward the Mercedes-AMG GT3. Unfortunately, it is less about the performance of our car and more about what other teams have been holding back. We know we are at the top of our game in the Mercedes-AMG GT3, and we hope to come away with a win. However, you never know at Petit Le Mans, because sometimes teams show up with nothing to lose and really let it all hang out.”

Jeroen Bleekemolen, Driver – No. 33 Mercedes-AMG Team Riley Motorsports Mercedes-AMG GT3: “The Mercedes-AMG GT3 has been running well this season. The whole field has been very close. Some tracks work better than others, but I believe Road Atlanta and Petit Le Mans should be good. Turn 1 and the Esses should be where we are going to be strong. It’s great going into the final race leading the Tequila Patrón North American Endurance Cup. We have a strong Mercedes-AMG GT3, team and driver lineup, so we expect we can fight for that title and bring home another top-three result in the overall championship. I really like Petit Le Mans. The track is great to drive, the atmosphere is always amazing, it’s one of the big endurance events. It’s a good track for us, we have all won there before and we all like it. So, we should be in a strong position and I am looking forward to it. For sure it’s going to be very close with some of our competitors!”

Ted Giovanis, Team Owner – No. 46 TeamTGM Mercedes-AMG GT4: “TeamTGM is very positive about Road Atlanta but cautious at the same time. We know and understand the track but there are always the unknowns. The team members have worked hard all year, even through some difficult times, and we are gratified to be where we are in the championship. Winning the championship would by far be the highest achievement for TGM and myself. This is a goal that we have desired since we started in the IMSA Continental Tire SportsCar Challenge, and to have it actually happen would be a great accomplishment. The Mercedes-AMG GT4 seems to be best on the longer runs, and we strive for that in our setups. We sub-optimize attaining absolute fast times in favor of longer runs. We are targeting just that for Road Atlanta in that we want a stable enduring platform for this race, particularly with so much on the line.”

Hugh Plumb, Driver – No. 46 TeamTGM Mercedes-AMG GT4: “I could not think of a better team than TGM, the personnel within Mercedes-AMG and my co-driver Owen Trinkler. Of course, the manufacturer and car that has brought us total success this year is the Mercedes-AMG GT4. Everyone is highly-motivated to win this Continental Tire SportsCar Challenge Championship. Any championship at a high-level is very hard to achieve. In our sport, I think it is a direct result of so many pieces of the puzzle: team personnel, ownership, leadership. The dedication of Ted Giovanis and his family to this really big effort, mixed with a new manufacturer in the series with Mercedes-AMG, makes it all that much more rewarding to me as a driver. I’m confident that going to Road Atlanta TeamTGM, will give us a great race car. The Mercedes-AMG GT4 does a lot of things really well and has been one of the most consistent race car platforms I have ever driven. Four podiums and three wins speaks for itself, and I’m hoping to add to this car’s success this weekend.”

Owen Trinkler, Driver – No. 46 TeamTGM Mercedes-AMG GT4: “It’s been so good all year that we keep the same attitude heading into each race. We are riding this high that we have been on the last few races. Our mood hasn’t even changed since we first went out at Daytona. We just continued to focus on sticking to our plan all year long. Now, heading into Road Atlanta we will do just the same. The Mercedes-AMG GT4 definitely excels over the long run, and I think we have taken that strength and really capitalized on it this year. We have focused a lot during practice sessions to make sure we have a good car in the long run, and it’s done us well. The long run capabilities have really allowed us to be consistent and have a solid balance of the car. At the halfway point of the season we really got a good hold on the car, and we knew what we needed to do to have a strong race.”