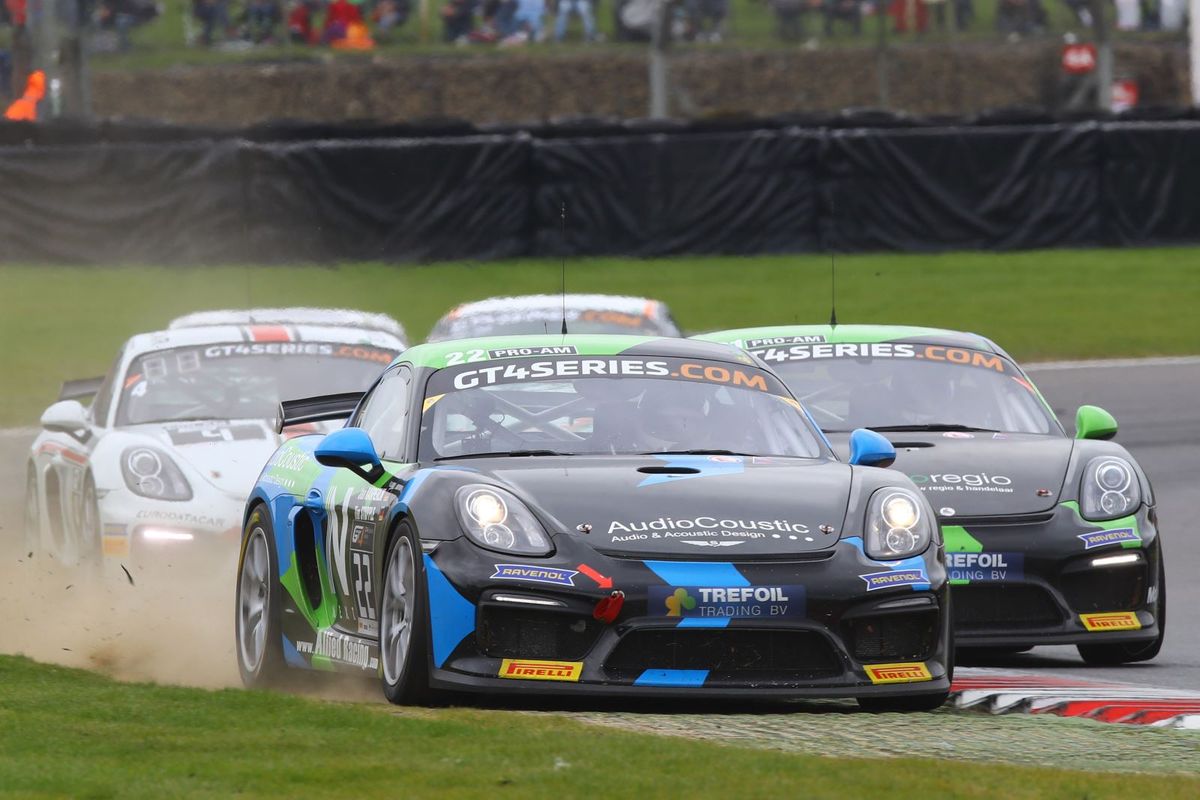 This weekend some of the fastest drivers in Europe will compete in the GT4 Sprint Cup Europe at the 4,575 km Hockenheimring. A total of ten drivers from six different countries, representing six different teams and four manufacturers will compete for outright honours in the last race of the GT4 season in Europe, which takes place during the DTM final weekend. Porsche, BMW and Mercedes hope to claim victory on their home soil, with outsider Ginetta aiming to surprise the German manufacturers.

Allied Racing will represent Porsche at Hockenheim and the German squad will bring two fast drivers to the track that biennially hosts the German Grand Prix: Nicolas Schöll and Hendrik Still. Seventeen-year-old Schöll won his last six races in the GT4 European Series and the GT4 Central European Cup and the Allied Racing junior is one of the outsiders this weekend. Schöll will drive the #42 Porsche Cayman GT4 CS MR, while the highly experienced Still will drive the the #41 entry.

BMW Motorsport Junior Nico Menzel will be behind the wheel of the #110 car this weekend. Menzel, the son of former DTM racing driver Christian Menzel, was actively involved in the development work on the BMW M4 GT4 and won two races in the GT4 European Series this season, including one in front the German fans at the Nürburgring last month.

His teammates for the two 40-minute sprint races raced together in the GT4 European Series in 2017 and 2018 and finished second in the Pro-Am standings in 2017. At Hockenheim they will race each other, with Gabriele Piana driving the #111 BMW M4 GT4 and Razvan Umbrarescu set to pilot the #112 BMW.

The Porsche and BMW drivers will face stiff competition from two fast young drivers racing for Selleslagh Racing Team this weekend: Gilles Magnus and Bas Schouten. Both drivers impressed on their GT4 debuts in the Mercedes-AMG GT4 this season and scored a podium finish together in the final race of the GT4 European Series last month. Schouten will drive the #30 Mercedes at Hockenheim, Magnus the #31 car.

A third Mercedes at Hockenheim will be entered by renowned German GT squad HTP Motorsport. The team will run the winner of the Mercedes-AMG eRacing Competition 2017, Tim Heinemann, in the #48 Mercededes-AMG GT4. Heinemann beat 17 other eRacers on the simulator one year ago, including this year's DTM title contenders Gary Paffett and Paul di Resta.

Italy's Nova Race will complete the GT4 Sprint Cup Europe grid. The team from Correggio in the Reggio Emilia province will enter a Ginetta G55 GT4 for Finnish driver Henri Kauppi. Kauppi was part of Nova Race's line up for the Italian GT championship and raced for Allied Racing in the GT4 European Series at the Hungaroring earlier this year.

Ekris Racing has withdrawn its previously announced Ekris M4 GT4 from the GT4 Sprint Cup Europe, following a crash during the final GT4 Central European Cup round at Zandvoort last weekend. Several other entries have also been withdrawn for various reasons. Despite this, ten high quality entries will give the German fans another taste of the increasingly popular GT4 category.