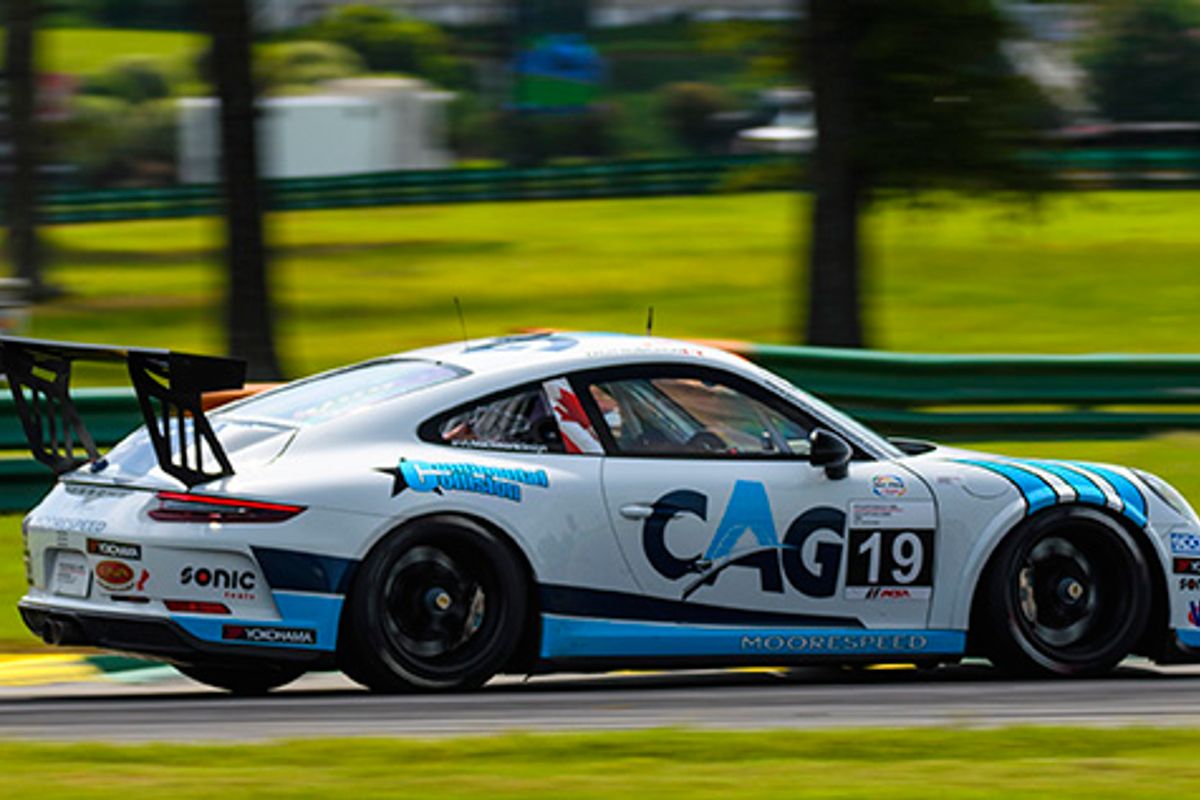 The late-season and instantly-successful team-and-driver pairing of Moorespeed and Zach Robichon is determined to end their 2018 IMSA Porsche GT3 Cup Challenge USA by Yokohama season in the same race-winning style they have shown the last two months this weekend at Road Atlanta.

A Thursday and Friday doubleheader, the Road Atlanta IMSA Porsche GT3 Cup races are the season-ending races of the 2018 season and the 15th and 16th rounds of this year’s championship.

“We’re glad to be back on track,” said Moorespeed President David Moore. “I know the entire team was ready for this week the moment we left the last race. A close friend of mine told me recently, ‘If they’re not mad at you, you aren’t going fast enough.’”

Moorespeed and Robichon didn’t join forces until Rounds 9 and 10 of the championship at Road America in early August, but that hasn’t stopped them from dominating since then the competition in the top-tier IMSA Porsche GT3 Platinum Cup division.

“It has been an incredible ride up until this point with Moorespeed,” Robichon said. “The team has showed so much confidence in me and allowed me to perform over the last three race weekends. I’m really looking forward to heading to Road Atlanta, a track that I’ve raced at in the past and really enjoyed. We faced some adversity in races until this point, and I’m hoping to go into Road Atlanta and pushing to continue our streak of great results.”

Contesting the year’s final race weekends at Road America, VIRginia International Raceway (VIR) Sonoma Raceway before the season-ending doubleheader at Road Atlanta, Moorespeed and Robichon have been unstoppable on the race track.

In addition to winning on each of the all-new tracks in his first three race weekends with Moorespeed, Robichon won the pole in qualifying at each event.

“We’ve won every race, six-in-a-row, since Zach joined the team,” Moore said. “The preparation for all of those races was critically important, but the real factor was Zach and his driving. We’ve heard people think we have a ‘special car.’ We have a good car, no doubt, the team has done their homework for sure, but what is special is our driver, Zach Robichon. People need to give credit where it is due. That’s all there is to it.”

Road Atlanta is the only track of the four on his schedule with Moorespeed on which Robichon has previously competed. Despite making his debut at Road America, VIR and Sonoma, Robichon came home a winner on all three iconic circuits.

“Road Atlanta is another classic track,” Robichon said. “There is a reason so many people view it as their favorite track. It’s been a few years since I’ve been there, and with hurricane weather looming over our two first days on track every session has been a new challenge. We just have to be adaptable to the changing conditions, and I know that the team will give me the tools to perform.”

“Road Atlanta is the number one favorite track of everyone on our team,” Moore said. “Staying on top of it, and how the rainy weather conditions change things up, will be a challenge. Road Atlanta in the wet is no cake walk, but we know if we give Zach a car he’s comfortable with, he will do the rest.”