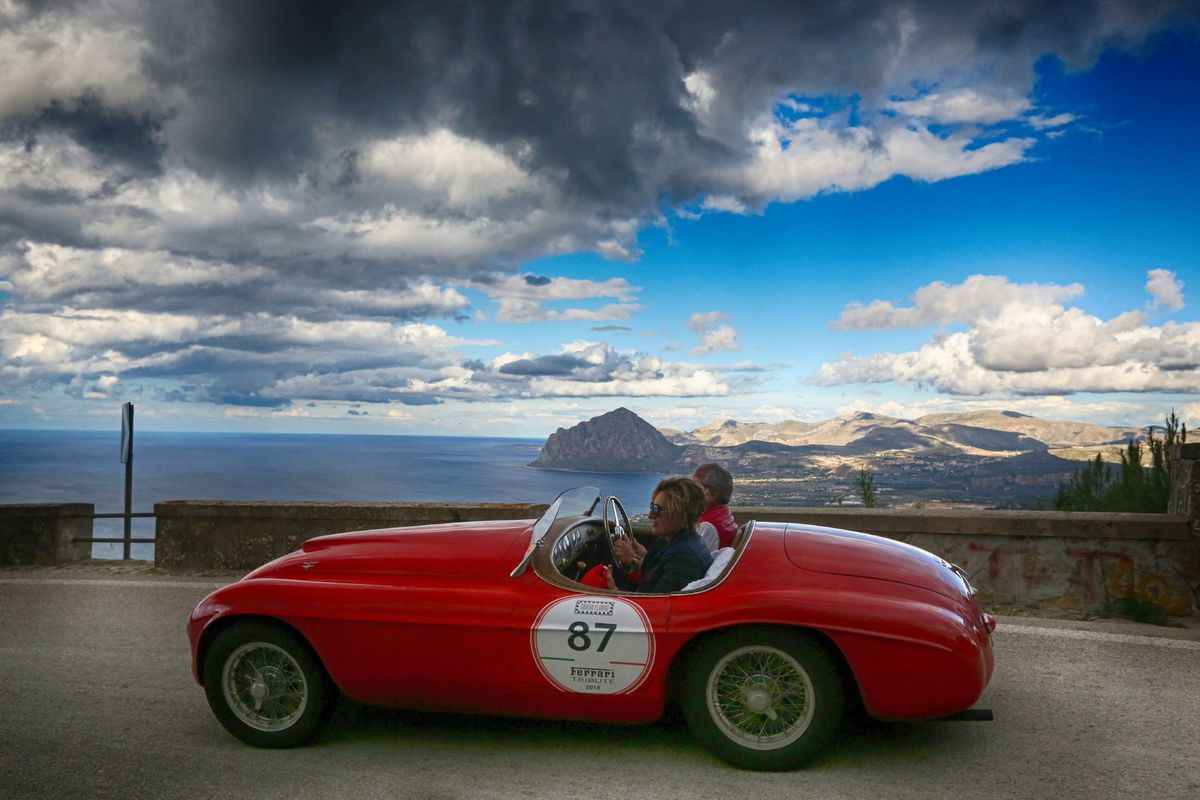 The 102nd edition of the Targa Florio Classica took place over the weekend of 5-7 October. A large contingent of vintage cars tackled the challenging Madonie Circuit, in the hills above Palermo, in an exciting regularity race.

Ferrari Tribute. Alongside the race, which in the competitive era Ferrari won on more than 30 occasions, if we also include category wins, Ferrari cars also took part in the 2018 Ferrari Tribute to Targa Florio. Almost 100 crews in Ferraris of all eras stole the show from the regularity race drivers, offering a real spectacle in the magical setting of the Sicilian mountains. More than 30 Ferraris of the current range took part, including the 488 GTB, 488 Spider, Portofino, 812 Superfast and GTC4 Lusso, which alternated on hairpin bends with the cars of long ago. The veterans included the 166 MM of 1949, which won the Targa Florio five times between 1950 and 1953, the Dino 246 GT of 1971 and the Testarossa of 1984.

The Stages. After the opening ceremony at Piazza Verdi in Palermo, cars and competitors adjourned to Villa Igea for the gala dinner. The next day the Targa Florio officially set off from the Museum of Engines and Mechanisms in Palermo visiting famous motorsport and Sicilian sites, such as Monreale, Alcamo, Campobello di Mazara, and the Cantine Florio winery. In the afternoon, the group stopped in Marsala, Trapani, in the beautiful Erice and Cinisi. On the second day, the cars passed through Cerda, another famous race site, which was often the finish, and then to Petralia Sottana, Petralia Soprana and Cefalù before returning to Palermo from Termini Imerese. The last day saw the competitors and cars of the Ferrari Tribute in San Martino delle Scale before going to the old Favorita circuit, in Palermo, and thence to the finish in the city centre, again in Piazza Verdi.