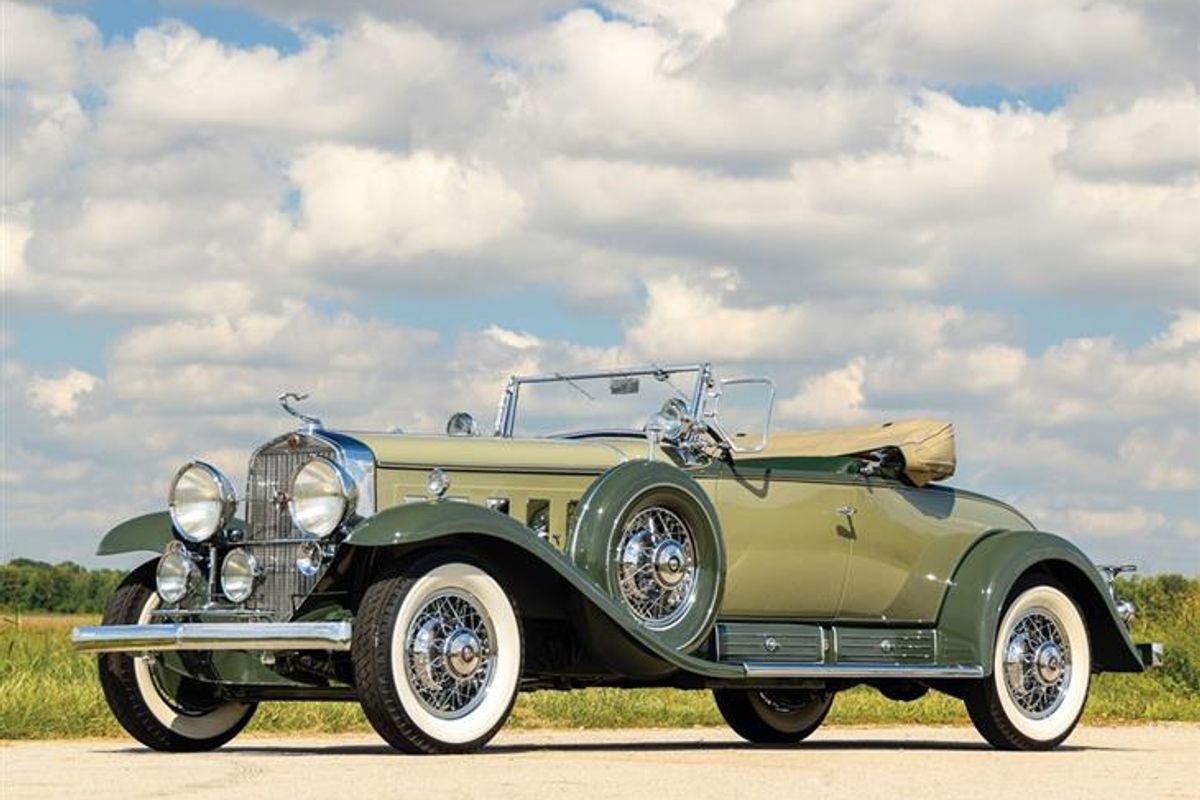 Largely the work of Cadillac’s Owen Nacker, the massive 452-cu. in. engine placed its sixteen cylinders at a 45-degree angle while developing 175 hp. Even more impressive was low speed torque, 320 foot-pounds of it at 1,500 rpm, assuring low-speed operation that was silky smooth and super-silent, thanks to the engine’s hydraulic valve lifters. This was the first automobile with an under-hood area that was both styled and engineered to look as attractive as the bodywork around it.

Cadillac offered no fewer than 70 different body styles for the V-16, though only a handful were ever actually produced! This was unprecedented in the industry, especially for a car that would comprise such a small percentage of the division’s production.

According to Cadillac archives, no. 702414 was shipped per the instructions of General Motors Export on 26 July 1930. The car was right-hand-drive equipped and initially fitted with “Madame X” seven-passenger Imperial sedan coachwork. Dispatched to the Earls Court Motor Show in London, it was sold at the show on 18 November 1930 to Count Labia, the Italian Ambassador to South Africa. He later gave it to an Italian native in Cape Town, South Africa, in exchange for services; that individual then sold the car to L. Moero, an Italian restauranteur, of Durban, South Africa.

Following the sale to another South African, George Alexander Huddlestone, in 1965 – at a price of $600 and showing just 21,000 miles – it arrived in the U.S. on or about 14 February 1977. It was then sold to Archie Meinerz of Franklin, Wisconsin, its first U.S. owner, on 16 October 1978. Sometime after this transaction, the original blue Madame X coachwork was swapped for a V-8 Fleetwood roadster body purchased from Art Burrichter of Florida and painted the lovely two-tone green combination it wears today.

The car sports CCCA Badge No. 1742, a National First Prize Award in the Primary Division it received in Indiana in 1992 while in the ownership of Fred Weber. Having known history, the Cadillac was sold to a succession of owners, including well-known collector Cal High of Lancaster, Pennsylvania, who sold it to a friend in New Jersey in 1997.

The consignor notes that the car runs and drives well, with lots of presence. Fitted with dual spotlights, Pilot Rays, side-mounted spare tires and a trunk rack, it is nicely accessorized, as well, and the restoration is well maintained and still highly impressive. Of course – it is a V-16 Cadillac, after all