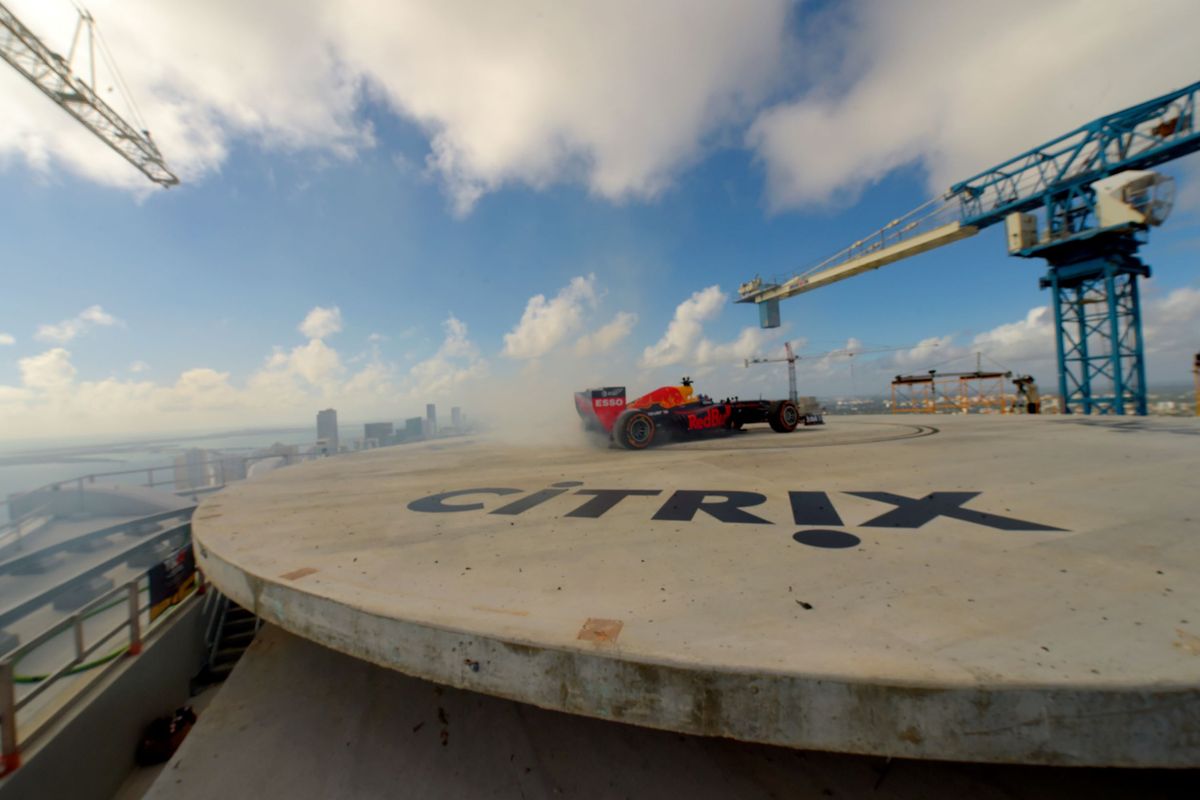 700 feet above the streets of Miami, overlooking Biscayne Bay and South Beach, Citrix and Aston Martin Red Bull Racing stirred up some smoke at the top of the newest landmark on the City skyline.

Ahead of this weekend’s US Grand Prix and the Formula 1 Fan Festival in Miami, Florida we took on one of our toughest ever high-rise challenges, with a smoking series of donuts at one of Miami’s most iconic new towers – the 700-foot high 1000 Museum building.

The stunt was organised by Citrix to promote its innovative technology platform that allows people to work anytime, anywhere and which ensures that a secure, unified workspace is wherever you need it to be—whether that’s in the office, at a racetrack, or on top of a Miami skyscraper.
However, with such a tight space to work with, the stunt would require incredible nerve and careful planning, and in order to make it happen we called in one of the very best in the business – Red Bull ambassador and 13-time grand prix winner David Coulthard.

“Citrix and Aston Martin Red Bull Racing have made it possible to come to the 1000 Museum building and do what I think is an iconic stunt,” he said afterwards. “I think, to coin an American phrase, that was awesome!”

“Aston Martin Red Bull Racing are a world championship-winning Formula 1 team and we’ve done show car runs all over the world, the most recent one was in Vietnam and we’ve done something similar to this in Dubai. I have absolute trust in the Team and that is the key to being able to do stunts like this.”

He added that the spectacular stunt would also hopefully help promote F1 in the United States.
“It’s absolutely fantastic to have an opportunity to come to America, to come to Miami and to be at the top of the 1000 Museum building, to be here on behalf of Citrix and the Team to help promote Formula 1 in the States."