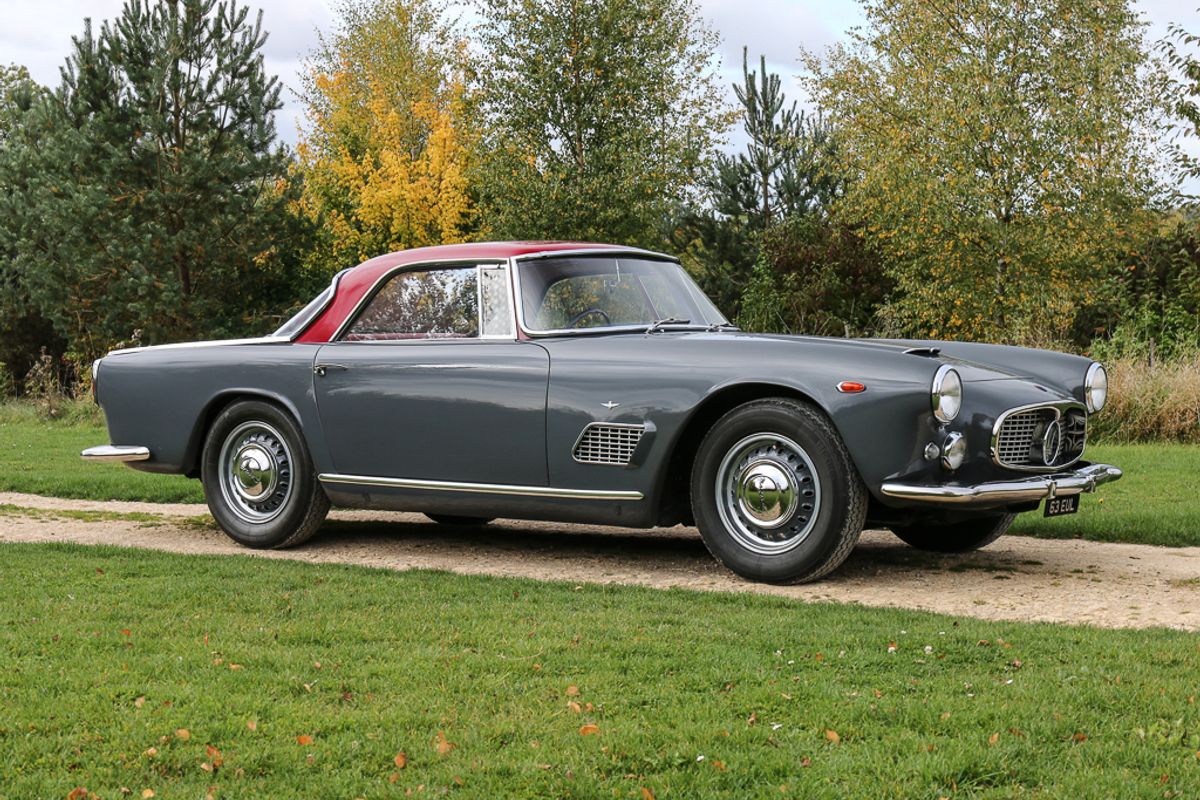 Leading the trio is a 1960 Facel Vega HK500. Powered by an impressive 6.2 litre Chrysler V8 producing 390bhp, the Vega was one of the fastest cars of its day with a claimed top speed of 147mph. Known for its classic combination of American styling with French glamour, the Vega even drew the attention of Dean Martin and Ava Gardner in its time. The model on offer at the NEC is a rare right-hand drive car with the desirable manual gearbox, finished in white with a red leather interior and has covered just 35,000 miles. Estimated at £130,000 to £150,000, it was the subject of a full mechanical rebuild at the hands of marque specialists Hans Ruhe in the Netherlands and was later fitted with power steering to enhance the driving experience.

“All three of these cars were the pinnacle of luxurious design during the 1960’s,” says Harry Whale, classic car specialist at Silverstone Auctions. “Whether it be the power and speed of the French Facel, the luxurious leather and wood of the British Bentley or the classic Italian styling of the Maserati, these cars were the height of fashion during the 60’s. If you owned one, you were either royalty, a movie star or simply had an incredible sense of style.”

Supplied new to Australia in 1964, the 1964 Bentley S3 Continental by Mulliner Park Ward ‘Chinese Eye’ on offer only returned to the UK in 2015. Maintained without regard to expense this British classic feels taut and smooth. Estimated at £110,000 to £135,000 the Bentley is finished in a beautiful shade of Caribbean Blue Metallic with its original St. James red leather interior with Burr Walnut fascia and door cappings. The car is also fitted with a full length Webasto sunroof and air-conditioning.

Meanwhile, the 1960 Maserati 3500GT available at the sale is an incredibly rare opportunity being one of only forty right-hand drive examples produced. Finished in Grigio and Rosso with a red leather interior piped in grey, the iconic Italian comes with a 3.5 litre inline six-cylinder engine which is distantly related to Maserati’s famous 250F Grand Prix car and produces 220bhp. Originally supplied to the UK, the car has covered just over 70,000 miles and is estimated at £165,000 to £185,000.

“This trio of beautiful two door coupes are a brilliant reminder of a forgotten age in motoring, where people would take grand tours on the continent in absolute luxury and comfort. These cars provided the perfect combination of speed and class that is often missed in modern motoring,” concluded Harry.