A memorable season for the Abarth 124 rally 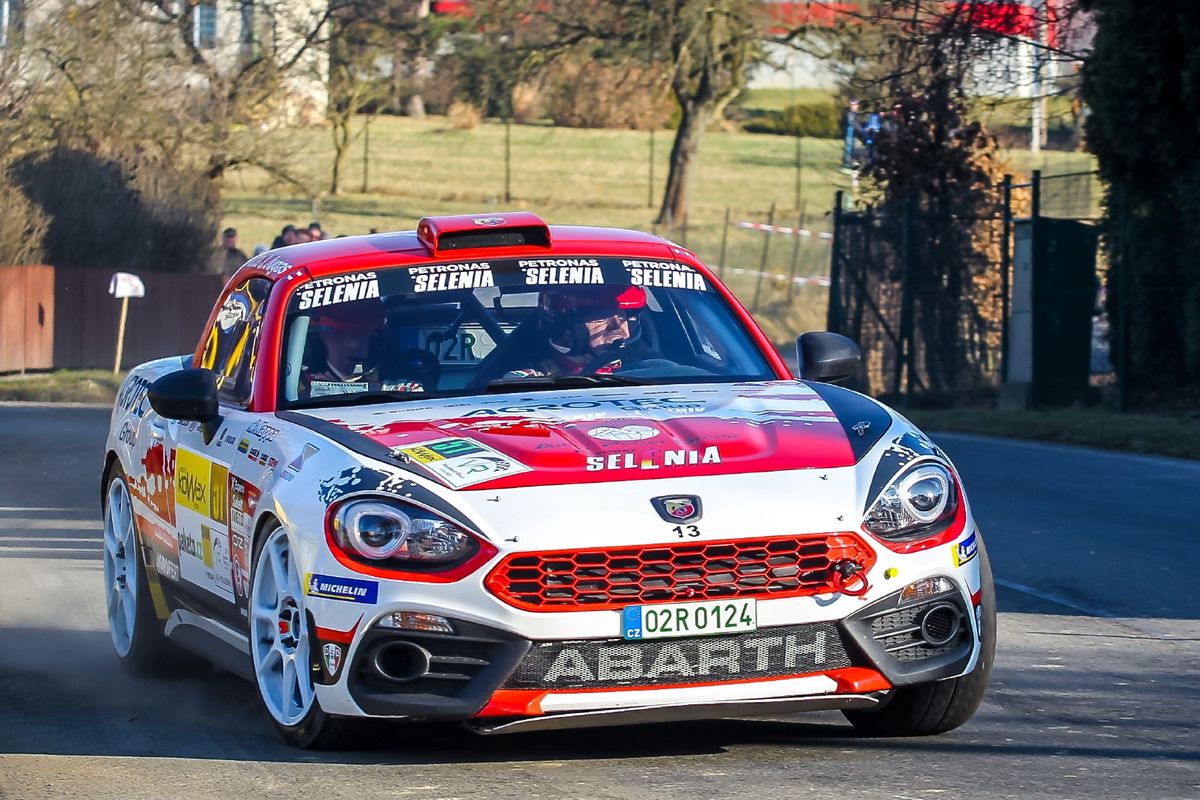 The Abarth 124 rally wins the FIA R-GT Cup driven by the French pair of Astier-Vauclare, as well as the European R-GT Championship
More than 40 category wins in 12 different international championships

In only its second racing season, the Abarth 124 rally has established itself as the king of the R-GT class, recording more than 40 class victories in 12 national championships.

Team Milano Racing’s 124 rally, driven by the French pair Raphael Astier and Frédéric Vauclare, secured the FIA R-GT Cup by winning an incredible 4 races out of 5, demonstrating the performance, reliability and development that Abarth has achieved.

The Abarth 124 rally also dominated the ranking in this championship with an amazing 6 drivers in the top 6 places in the table. Behind the French champion, in 2nd and 3rd places respectively, were Italian drivers Andrea Nucita and Andrea Modanesi.

Luca Napolitano, Head of Fiat and Abarth brand EMEA, commented on the results of the season: "Abarth boasts a long, glorious tradition in racing and rallying, and competition is a fundamental feature of its history, present and future. I am proud of the results achieved this year and would like to extend my personal congratulations to all our drivers and teams who have competed and won with our fantastic Abarth 124 rally cars, winning major trophies. Thanks to continual development work, the Abarth 124 rally has matured fast, and in just two seasons it has become the car to beat in the R-GT class, with exceptional performance, competitiveness and reliability," Mr Napolitano continued. "Abarth views racing as essential for nourishing the brand's values, as well as providing the toughest test bed for trying out technical solutions in the most severe, heavy-duty conditions before adopting them in standard production, to offer our customers a car that is fun, high-performing and reliable."

The Abarth 124 rally has recorded impressive results in Europe's most competitive and demanding national rally championships. Thanks to its engine performance, balance and its perfect technical set-up, it has enabled young drivers to be very competitive from the start. One such driver is Frenchman Nicolas Ciamin, who succeeded in winning several special stages at the wheel of the rear-wheel drive Abarth 124 in a championship where, on average, 30 or so R5 category four-wheel drive cars took part in each race. What's more, in the Rallye Rouguergue he finished in an impressive 5th place overall.

Another young driver, Italian Christopher Lucchesi, won the Italian R-GT Championship with victory in 4 races. Simone Tempestini, also an Italian but with a Romanian race licence, won the European Championship of the Abarth 124 rally Selenia International Challenge by driving the Scorpion roadster to victory in the Rally of Poland, and in the Rally Liepaja in Latvia.

The Abarth 124 rally was just as invincible in Spain, where Spanish drivers Alberto Monarri and Rodrigo Sanjuán won the 2-Wheel Drive Trophy in the Spanish Tarmac Rally Championship. There were also excellent performances in Slovenia, where Italian driver Andrea Nucita, in the Abarth 124 rally, finished third overall in the Vipavska and Zelezniki events.

In Romania, the Abarth 124 rally achieved third place overall in the Rally Harghitei with the Romanian team of Florin Tincescu and Alina Pop, who also produced spectacular performances to win the R-GT class in other Romanian Championship races, such as in the rally Brasov in Transylvania, with an excellent overall 4th place, and at Aradului and Sibiului.

There were more category wins in Switzerland, with Beat and Jeanine Wyssen, victorious in the Criterium Jurassien and the Lugano Rally, in Germany in the Lower Saxony and Stadt Rallies with the Belgian team of Jean Luc Caprasse and Jean Luc Prignon, and in Austria with Italian driver Andrea Maselli, winner in the Weiz and Wechsellang rallies. Italian ladies Masha Mularo and Paola Valmassoi drove to victory in the Rally Nova Gorica, in Slovenia. In the Czech Republic, Team Agrotec-Abarth drivers Martin Rada and Jugas Jaroslav won their category in the Vallaska and Krumlov rallies, while in Bulgaria Rally Sliven brought victory for the Romanian pair of Vlad Cosma and Florin Dorca.