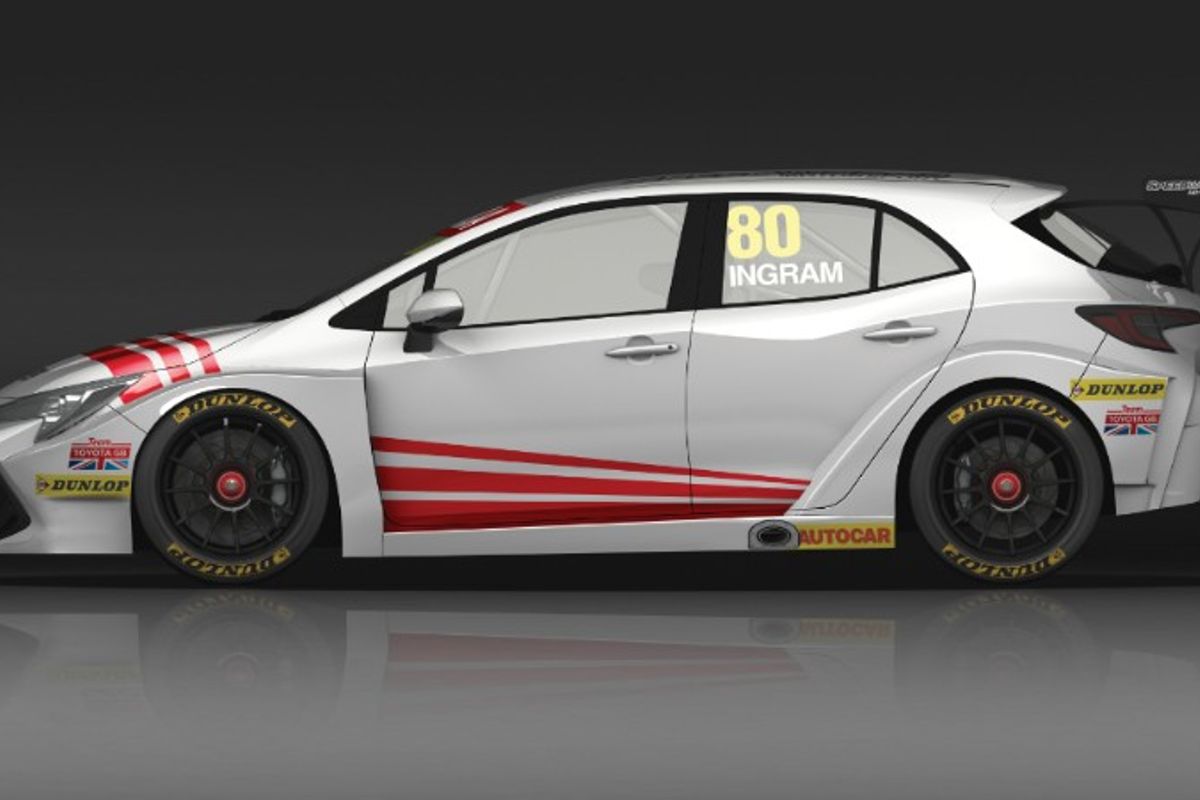 Having developed a reputation as the BTCC’s biggest giant-killer in recent seasons – tallying nine race wins with Tom Ingram, consecutive Independent Team and Driver Trophies in 2017 and 2018 and coming within just 12 points of clinching the outright Drivers’ laurels this year – Speedworks has now upped the ante in Britain’s premier motorsport series by officially joining forces with the UK arm of Toyota.

Ever since debuting in the BTCC in 2011, the Cheshire-based outfit has campaigned Toyota’s Avensis, but next year will herald a new dawn as the all-new, UK-built Corolla – due to take to Britain’s roads in 2019 – enters the fray.

Ingram – widely tipped as a future BTCC champion and one of the series’ undisputed rising stars – has competed for Speedworks since making his bow in 2014, and the 25-year-old Bucks ace will spearhead the Team Toyota GB with Speedworks Motorsport challenge as he bids to add the most coveted crown in national motorsport to his burgeoning career CV.

Both the Corolla – the best-selling car in history, achieving more than 45 million worldwide sales to-date – and Team Toyota GB have a proud heritage in the BTCC. Chris Hodgetts memorably claimed back-to-back championship titles in a Corolla GT Coupé in 1986/87, and Team Toyota GB remained a front-running force in the series through to the popular 1990s Super Touring era.

The 2019 BTCC season will begin at Brands Hatch (Indy) on 6/7 April, meaning Team Toyota GB with Speedworks Motorsport’s new contender will take to the track at the same time as the latest-generation road-going model arrives in British showrooms. The campaign will conclude on the legendary Kent circuit’s Grand Prix layout six months later.

Christian Dick, Team Principal, Team Toyota GB with Speedworks Motorsport, said: “We have been speaking to Toyota GB on-and-off for the past couple of years, establishing an ever-closer relationship and nurturing that bond through our common passion for motorsport, engineering excellence and, ultimately, success. To now have them officially on-board is fantastic news, and will enable us to take that final step to really push for the overall BTCC title. The intention is to develop the new Corolla in 2019 before building up to a two-car assault in 2020. We feel we have proved what we are capable of on the Independent scene and we are well aware that the BTCC Manufacturers’ battle is another level higher again, but as a team, we are ready to pitch ourselves against the very best in Britain and – with Toyota GB’s backing – we are confident of doing just that.”

Tom Ingram, Driver, Team Toyota GB with Speedworks Motorsport, said: “Having dreamt about racing in the BTCC since I was a little boy, the past five years have been something of a whirlwind for me, if I’m totally honest. What we have accomplished as a small Independent outfit – particularly over the last two seasons – has been nothing short of mind-blowing, and demonstrates just what this little team is made of. To attract the support of a major manufacturer is a phenomenal achievement and huge credit must go to Christian and Amy [Dick – Team Manager], who have worked their absolute socks off to pull this deal together. For Team Toyota GB with Speedworks Motorsport, 2019 starts now – and I cannot wait to see how it all unfolds!”

Andrew Cullis, Marketing Director, Toyota GB, said: “Bringing the Corolla name and Team Toyota GB back to the British Touring Car Championship in 2019 is a great way of helping us launch this important, all-new British-built car. Speedworks Motorsport and Tom Ingram have a winning track record and we look forward to working with them throughout the coming season.”