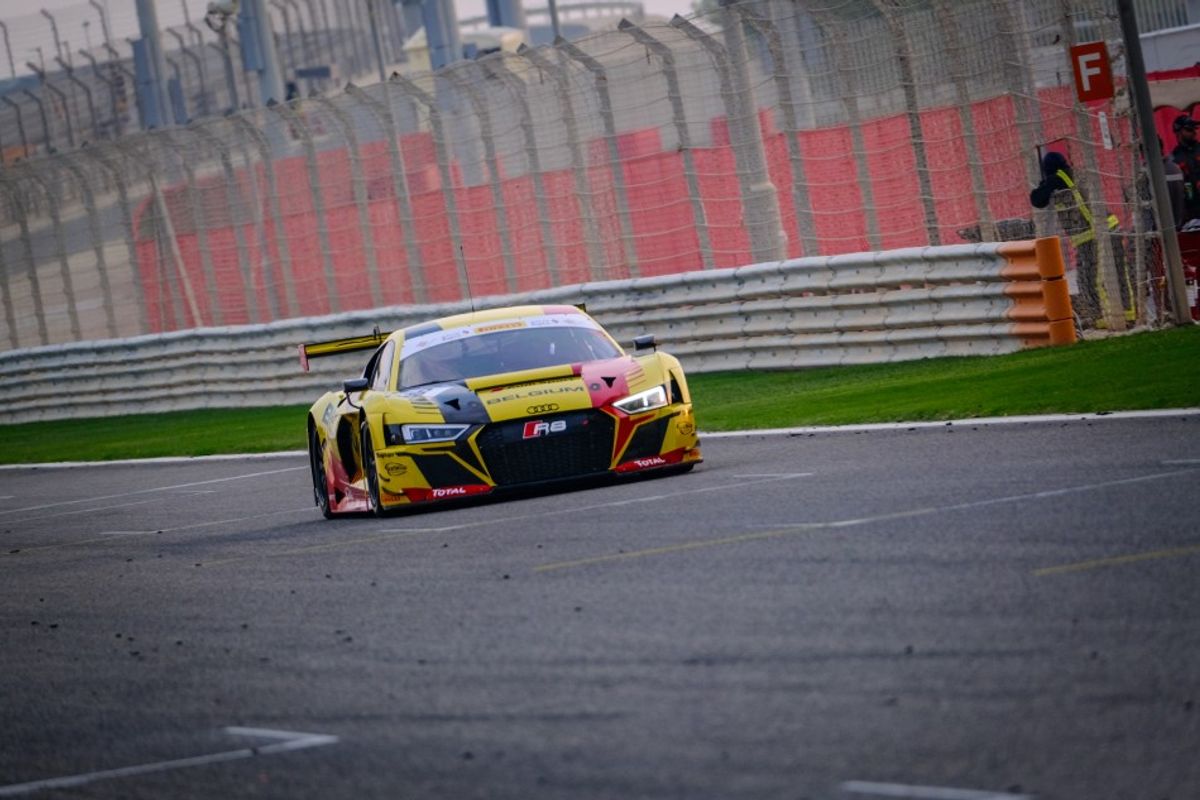 The Belgian duo of Mike den Tandt and Charles Weerts had already completed a pole position double and their job was made somewhat easier in Qualifying Race 1 when an incident on the first corner sent fellow front row starter, Team UK, tumbling to the back of the order.

Christopher Buncombe made a great start in the Team UK Ferrari but was unfortunately tagged into a spin by the late braking Ferrari of Team Thailand. Facing the wrong way, Buncombe’s stricken car also collected both the Team Sweden and Team Denmark machines.

Whilst the UK and Sweden were able to continue, damage to Team Denmark’s Ferrari forced them out of the race and a safety car was deployed.

Buncombe’s fight back drive through to third was a highlight of an opening half hour following the restart, but in truth little could be done about the dominant Team Belgium Audi R8 LMS.

“The car was just perfect,” enthused Den Tandt. “I really had some fun out there and was able to leave some tyres in the car so Charles could enjoy it too.”

Den Tandt had already built a seemingly unassailable lead by the time he handed over driving duties to 17-year-old star Weerts. From there it was a formality, whilst the remaining podium positions created most of the action.

“He did the job so big shout to Mike,” said Weerts. “I just had to bring it home.”

Team Turkey grabbed second after seeing off Team Hong Kong and Team Mexico around mid-distance, but the Mercedes squad then went wheel-to-wheel with Team UK immediately after the pitstops.

Turkey’s Ayhancan Guven got the better of the UK’s Christopher Froggatt and eventually pulled away into a comfortable second, whilst Team Italy made a late dash for the podium. Matteo Cressoni produced a great drive and an eye-catching move by the Team UK Ferrari, to score a hard earned rostrum with just two minutes of the race remaining.

Team France took fifth ahead of the Team Argentina Lamborghini, which had bumped into the Team Hong Kong Nissan during the pitstops.

The Rinaldi Racing-run pairing of Team Russia and Team Germany finished together in seventh and eighth, with Team Hong Kong and Team Belarus rounding out the top ten.