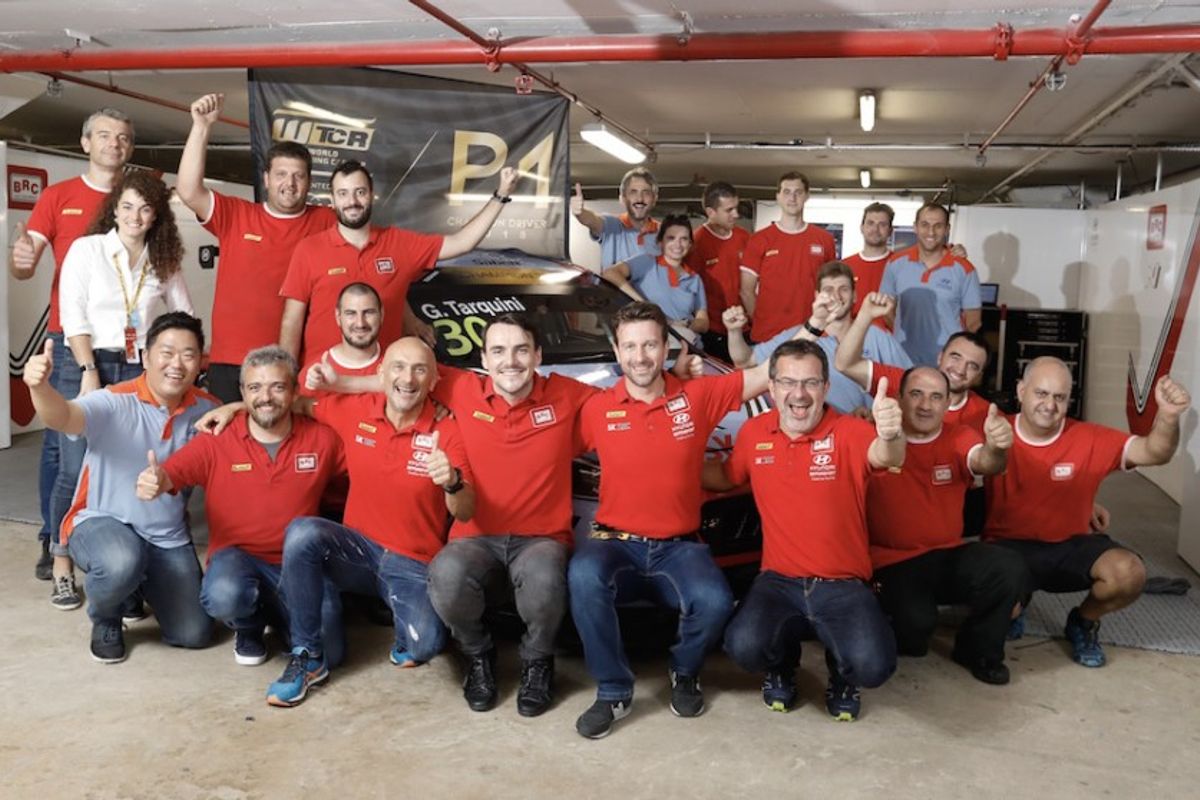 Drivers representing Hyundai Motorsport in FIA WTCR OSCARO season two have a combined total of 53 wins in World Touring Car racing between them as the Korean make’s customer racing division looks to build on a hugely successful 2018 with another all-star quartet.

Gabriele Tarquini will defend his WTCR – FIA World Touring Car Cup presented by OSCARO title* in a Hyundai i30 N TCR with new recruits Nicky Catsburg and Augusto Farfus, plus existing Hyundai-powered racer Norbert Michelisz, all aiming to and all highly capable of dislodging Italian ace Tarquini from his throne.

As in 2018 – when Thed Björk and Yvan Muller raced for YMR, while Michelisz and Tarquini were partnered at BRC Racing Team – there will be two two-car Hyundai customer efforts in WTCR OSCARO with the names and exact make-up of the squads to be announced. However, in Catsburg and Farfus, Hyundai Motorsport can count on two more top talents chasing success aboard its i30 N TCR, with preparations for the new season stepping up a gear in Portugal next month during a three-day test at Portimão’s Algarve International Circuit.

“The Hyundai customer team driver line-up is the first of a series of announcements which will reflect a rise in the FIA WTCR OSCARO 2019 sporting level. It’s very good news to see two high-level international touring car drivers in Nicky and Augusto back on the grid. Both are used to highly competitive environments and will be motivated to chase their first FIA World Touring Car title. No doubt Augusto, Nicky, Gabriele and Norbi will bring an incredible mix of experience and talent to the two Hyundai customer teams.”

Nicky Catsburg:
“I can’t deny I really wanted to be part of WTCR in 2019. I have not raced a TCR car yet, but Gabriele just won the championship so I am sure he will bring me up to speed quickly.”
Augusto Farfus:
“After seeing the level of competition in the WTCR, I am very excited to be joining the grid for 2019.”
Norbert Michelisz:
“Everybody saw in 2018 how strong the Hyundai i30 N TCR [was]. In 2019 we should be able to race at the front again.”
Gabriele Tarquini:
“This year the series was very competitive. Next year I expect the racing to be even closer.”