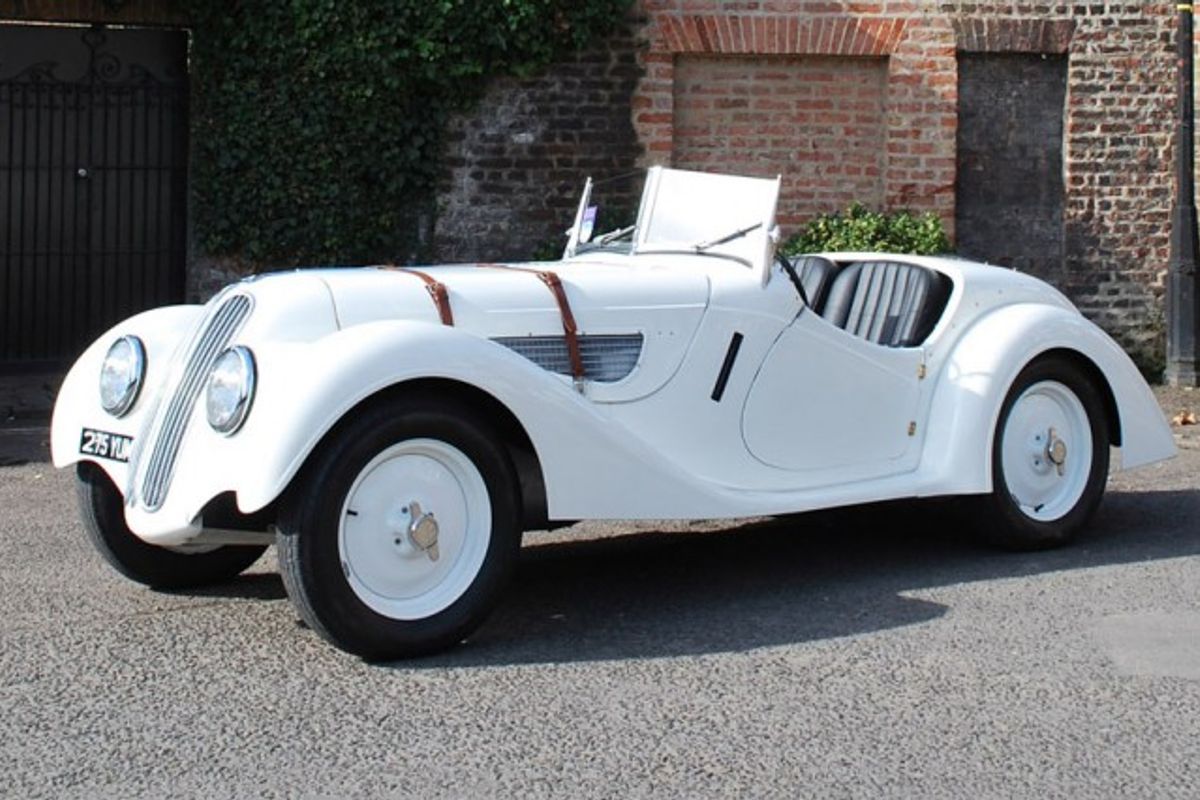 DESCRIPTION
Bayerische Motoren Werke grew from the merger of two aero engine manufacturers during World War I. The post war rules forbidding the manufacture of aeronautical machinery forced the company to look in a different direction. Initially concentrating on motorcycles and heavy trucks, the first automobile design was a licensed version of the British Austin Seven, acquired with the purchase of Dixi-Werke of Eisenach with the BMW badge applied for the first time in January 1929.

Larger automobiles followed, including the Type AM in 1932, the Type 303 in 1933 and the Type 315 of 1934. The 326 introduced at the Berlin Motor Show in 1936 was a significant development as it was the company’s first four door saloon and its two litre, 50 horsepower engine would go on to be the basis of one of the most iconic powerplants of the period either side of the Second World War.

It was the 328 which garnered the most attention however as it featured a new crossflow cylinder head with state of the art hemispherical combustion chambers and an ingenious arrangement of horizontal pushrods operating the exhaust valves which gave twin cam performance with less complexity and lower cost. So highly regarded was this engine that the design was obtained by Bristol Cars after the war and with little modification it went on to power cars built by Bristol and AC amongst others with great success into the 1960s.

The shortened twin-tube chassis of the 328 featured a glorious streamlined two seat body which allowed the standard car to achieve a top speed of 96 miles per hour though a lightweight prototype and with a higher compression engine was clocked at over 100 mph at Brooklands in the hands of renowned British driver Sammy Davis.

The racing potential of the 328 was soon demonstrated with a 2 litre class win in the 1938 Mille Miglia and again at Le Mans in 1939 and an outright victory at the Mille Miglia in 1940. Only 462 328’s were built before production ended in 1939 making them a rare and highly collectible sports car with an exceptional racing pedigree.

Chassis 85188 was brought from Germany approximately a decade ago to the UK and restored utilising the specialist services of TT Workshop in London, one of the world’s leading 328 specialists, and Bristol Engineering in Wiltshire, both highly regarded bespoke restorers, where the car was restored between 2009 and 2011. Completed in 2012, no corners were cut to bring this rare German 1930s sports car to the condition that it is in today.

With FIVA identity card number 041157, which confirms the above details and states very clearly ‘The car remains in original condition’, which is extremely important. There is a raft of invoices in the car’s history file as well as a full and comprehensive expert’s report on the vehicle, dated 29th August 2016, which clearly outlines the condition, history and value of this rare and important machine.

The bodywork is finished in white with the dash featuring contrasting elegant cream dials. New trim is fitted throughout including a new hood, wet weather gear to keep the elements at bay, new carpets and seats fully re-trimmed in black leather. The car is complete with a UK registration document and also a FIVA passport.

The 328 really is one of the great driving pre-war cars, often considered to equal many of the post war sports cars for their handling and speed.

Whether you want to compete in the Mille Miglia, race, rally or simply enjoy it on the road at the weekends, there are few greater and more versatile sports cars in which to do it.