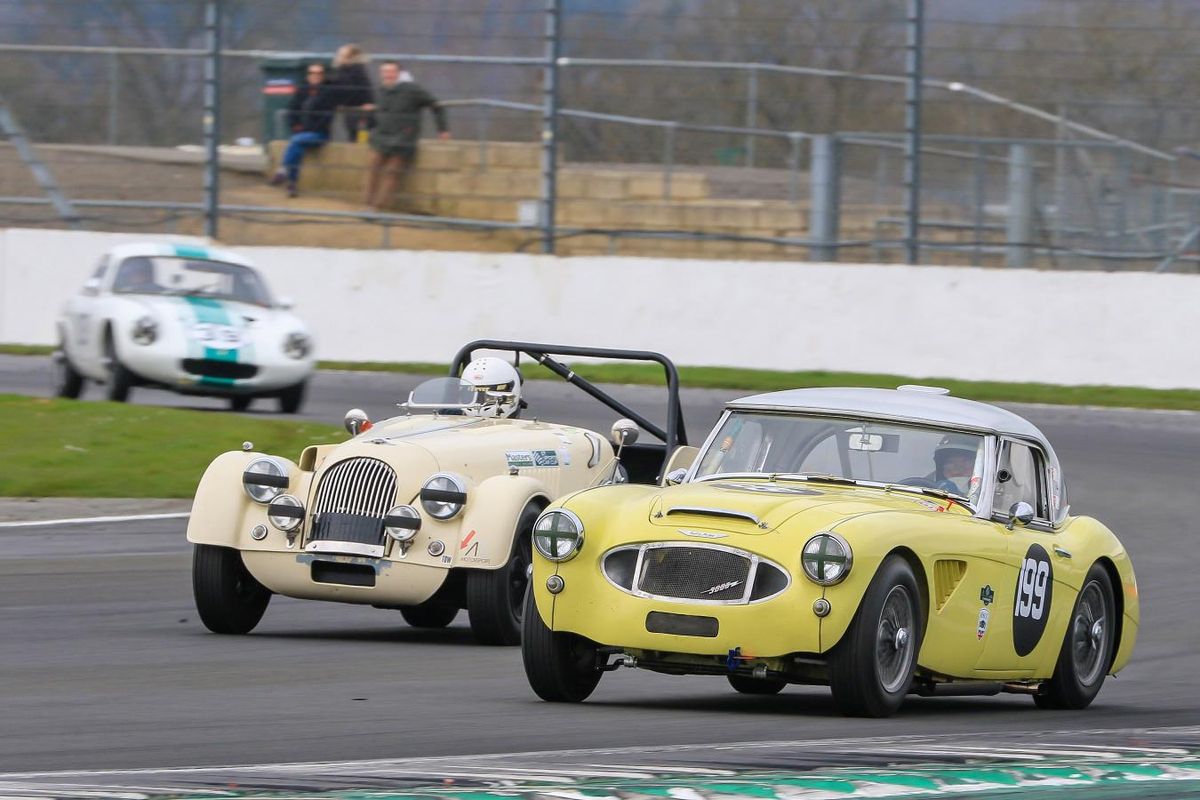 With eight meetings comprising a mix of sprint and pit stop races – two on grand prix circuits – the Equipe Pre ‘63 series for Appendix K FIA sports cars is all set for a thrilling 2019 season.

Formulated to recreate the spirit of 1950s clubman motorsport, Equipe Pre ‘63 certainly captured the imagination of drivers and spectators alike this year – its inaugural season. It features a wide spread of marques including Aston Martin, Austin-Healey, Jaguar, Lotus, MG and Morgan, and among the many immaculately-prepared cars already to contest the series are a number of genuine ex-works examples. In addition to the Silverstone and Brands Hatch Grand Prix circuits, 2019 competitors will do battle at the perennially popular UK club venues of Donington, Oulton Park and Snetterton.

Said John Pearson, partner of Equipe Classic Racing, organisers of Equipe Pre ‘63: “Its first season surpassed all our expectations, achieving an average of 27 cars per race – a fantastic result when you consider just how many options there are for these cars. Early indications point to bumper grids and closer-than-ever racing in 2019.”

Equipe GTS – capacity grids
The Equipe team’s long-established series for the smaller-engined classic sports cars running to FIA period E and F GT and GTS Appendix K regulations continues to go from strength to strength. The vast majority of 2018 races were over-subscribed, prompting extra grids to be created wherever possible. All of which augurs very well for the 2019 season

Equipe 3 Hour Classic Relay – a major change for 2019
Back by popular demand - the third running of this fun-packed event will take place at Donington on the weekend of July 20/21 and promises to be bigger again than the hugely enjoyable 100 car/150 driver one successfully held this year. The basic handicap format will be unchanged, but new for 2019 is the removal of the limit that excluded cars with engines over 3-litres in capacity, thereby opening up the grid to Cobras, E-Types, TVR Griffiths etc and encouraging even more exciting racing than seen so far.