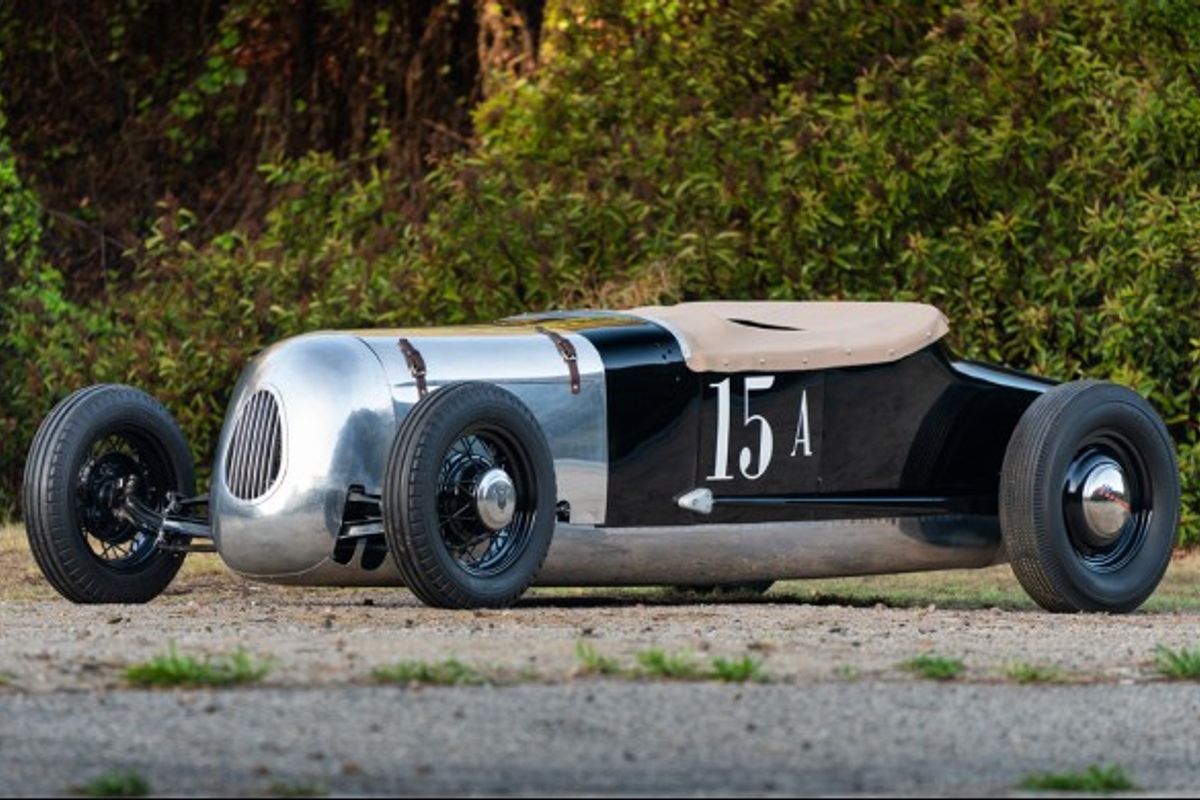 They say:
This car is among the most historic dry lake roadsters dating from the Golden Age of Southern California hot rodding. Constructed by Albata Club members Chuck Spurgin and Bob Giovanine, this car was the 1948 SCTA Class A Roadster Champion with a perfect 1800-point score, which it earned by placing first and setting a new record at every meet.

The car was then featured on the cover of the 1949 March issue of Hot Rod magazine. The current owner treated the car to a full restoration overseen by SCTA historian Terry Baldwin, as well as the Giovanine, Spurgin, and Borgh families. Completed in 2009, the roadster was displayed at the 2010 Pebble Beach Concours d’Elegance® and took First in Class awards at the Grand National Roadster Show and Palos Verdes Concours d’Elegance. In 2015, it was inducted into the Dry Lakes Racing Hall of Fame.

This is an exceptional example of American ingenuity and craftsmanship and Gooding & Company is proud to present such a treasure.