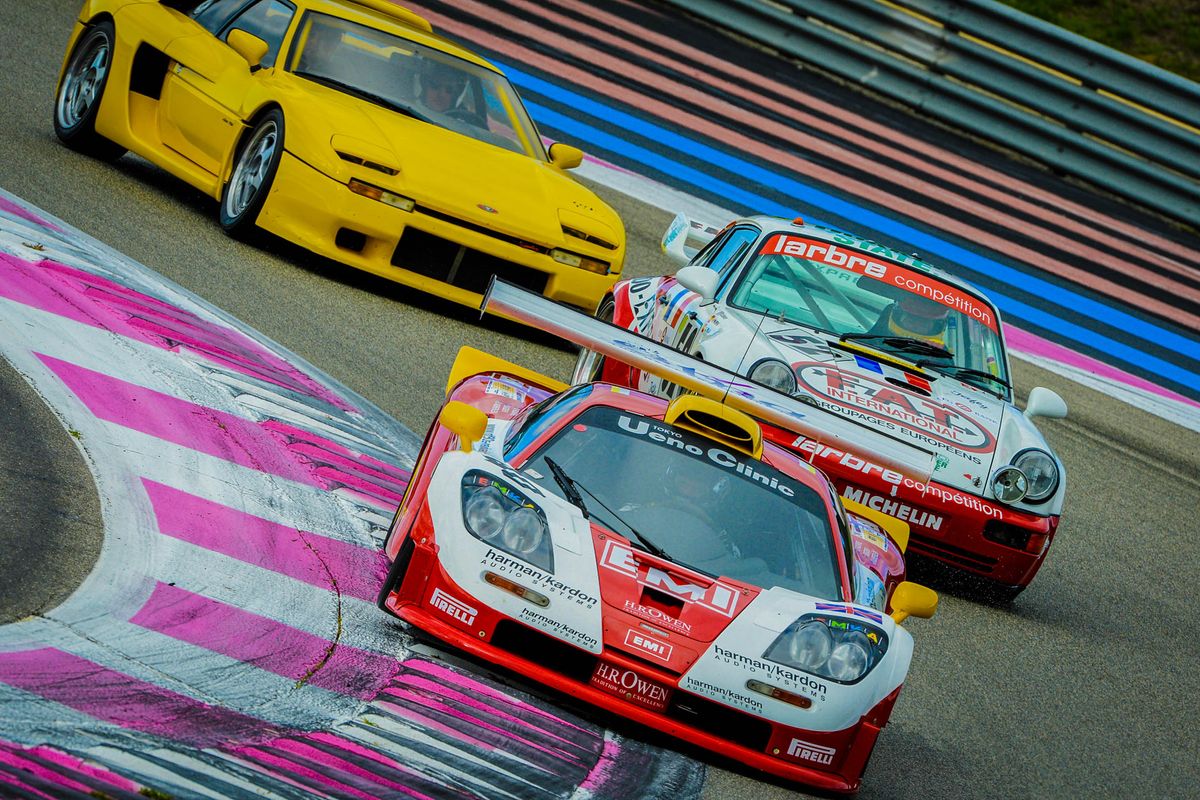 Global Endurance Legends, introduced in the form of demonstrations in 2017, will put on demonstrations and races at five destinations on the Peter Auto circuits calendar in 2019.

The Peter Auto historic series comprise a large selection of racing cars ranging from the mid-1950s (The Greatest’s Trophy) to the beginning of the 1990s (Group C Racing). To meet the tastes of the youngest spectators and collectors it has become necessary to add a grid for even younger cars. Thus, in 2017 Peter Auto approached the club founded by Jarrah Venables, whose aim is to give the owners of GTs and prototypes from the 1990s-2000s the opportunity to drive their cars in a top-class environment. The three events in 2017 became four in 2018 and proved an instant success, with the highlight being Le Mans Classic where no fewer than 77 cars entered. This has created such a buzz that the gentlemen drivers have expressed their wish to see the demonstrations turn into races!

So as not to rush into things both formats will be on offer in 2019. Participants will be able to enter for three race meetings at Peter Auto’s Barcelona, Spa and Monza events, or for the whole season that includes demonstrations at two more events (Dijon, Le Castellet). This evolution should not make us forget the fact that the club is dedicated above all to amateur drivers who are out to enjoy themselves at the wheel of the exceptional cars. Expect to see GT1 cars such as Ferrari F40 LM and 550, McLaren F1 GTR, Porsche 911 GT1, GT2 icons like the Porsche 993 GT2 to 997 RSR, Chrysler Viper GTS-R, and Ferrari 360 to F430 GTC, plus of course prototypes like the iconic Audi R8 LMP and Bentley Speed 8. In fact, to focus on cars that share aspects like history, performance and popularity the eligibility criteria will be slightly modified for the races, whilst being more accommodating for the demonstrations.

It should be noted also that in addition to the the Global Endurance Legends partnership, Jarrah Venables will also be acting as Peter Auto’s English representative covering all of their events, with a particular focus on the Chantilly Arts & Elegance Richard Mille. Jarrah Venables comments “I am delighted to continue and expand the Global Endurance Legends association with Peter Auto into 2019! Things have come a long way since they very earliest iteration of activities I organised for these cars in 2014 before the days of Global Endurance Legends, something I am very proud of. This has only been possible though due to the enthusiasm and support of the owners and in particular Peter Auto. I’d like to thank Patrick Peter for his willingness to welcome our club into his events, which I have long admired for their quality and style. In addition I am delighted to personally act as their English representative, and can’t wait for their 2019 season of events!"

It’s worth pointing out that the fact that Global Endurance Legends is gathering momentum resembles a homage to Peter Auto as the organiser made a significant contribution to the history of these cars at the circuits in both the 90s with the BPR (Barth-Peter-Ratel), and the 2000s with the Le Mans Endurance Series.