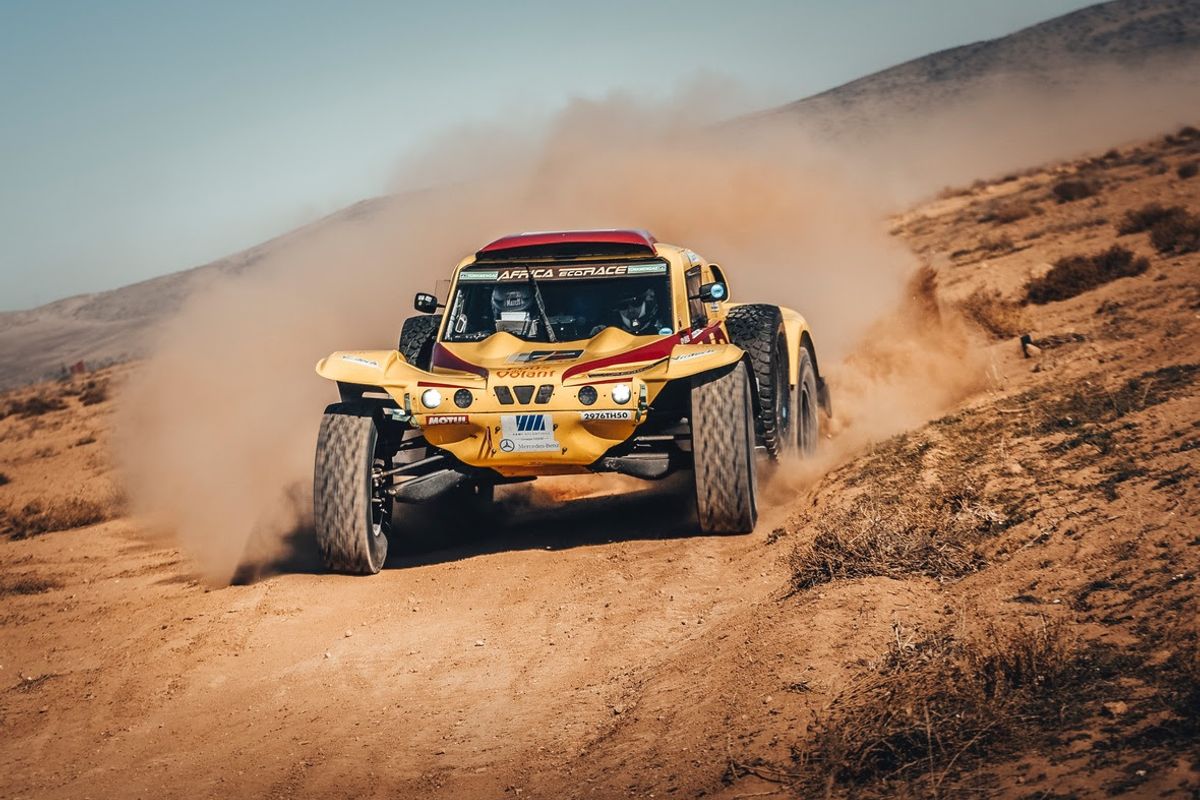 Tuesday 1st of January, at 6AM sharp, the “GNV CRYSTAL” ferry transporting the AFRICA ECO RACE caravan arrived at Nador port in Northern Morocco. After customs formalities, longer than usual due to new software inauguration, the race was able to start two hours late.

Even if this 90km stage was not technically difficult, as René METGE said during the general briefing on the boat, the navigation wouldn’t be easy. The Sports Director of the stage could not have been more right as most of the Bike competitors had a hard time finding their way.

The only rider to have perfectly managed navigation was Alessandro BOTTURI who, on his factory YAMAHA was ahead of Pal Anders ULLEVALSETTER and his KTM by more than 6 minutes - quite some difference for a 90 Km stage but it won’t be hard for the Norwegian to get back on track. In comparison, Francisco ARREDONDO, one of the favorites of the race, was 30 minutes behind the winner of the day.

Leading off for their, Dominique HOUSIEAUX and Arnaud DEBRON were not caught up by the competition - their Buggy OPTIMUS N°200 led on  scratch by 58 seconds. The best time of the day was set by Dominique LAURE, perfectly navigated by Christophe CRESPO, on one of the seven OPTIMUS of Team MD Rally. A great performance for this gentleman driver, part of team “Les Fous du Volant”, who in 2018 by took first place on the hardest stage from Amodjar to Akjoujt in Mauritania.
“Rock and gravel”, the nickname for David GERARD and Pascal DELACOUR, on the other OPTIMUS with “Fous du Volant” colors, complete the podium, ahead of Patrick MARTIN and Didier BIGOT TAREK MERCEDES Buggy.

The first 4x4 vehicles in the ranking were Alexey TITOV and his monstrous FORD RAPTOR as well as Andrey RUSOV, first of the T2 category. The Russians were ahead of the NISSAN Pick-up of Francois and Stéphane COUSIN, surprised and happy to find themselves in the top 10. In the SSV category, a good start for Jean Hugues MONEYRON and Thierry BERRAZ who arrived in 12th place in front of veteran Jean Claude RUFFIER’s POLARIS RZR. On the other hand, an unfortunate ordeal for Philippe PINCHEDEZ and Francois BEGUIN who see their chance at winning the SSV category blown away after their CAN AM fell in a hole while trying to pass another competitor. Last we heard, the team and vehicle were being brought back by the Balai truck.

In the Trucks category, onboard his IVECO, Belgian Igor BOUWENS did well by being only 11 seconds away from the winner of the scratch Dominique LAURE. A great success for this driver who is participating for the first time in the AFRICA ECO RACE, following his father’s steps. Good result also for Elisabete JACINTO who ranks 2nd position in the category in her MAN and 4th in the scratch. Tomas TOMECEK, prudent as the navigation was complicated for a solo driver, end up last on the podium.

Today, Wednesday 2nd of January, after a very cold night, the stage of 430km that will bring our competitors from La Momie to Agdal, will include all types of Moroccan landscapes. A stage that will definitely open hostilities on this 11th edition of the AFRICA ECO RACE.