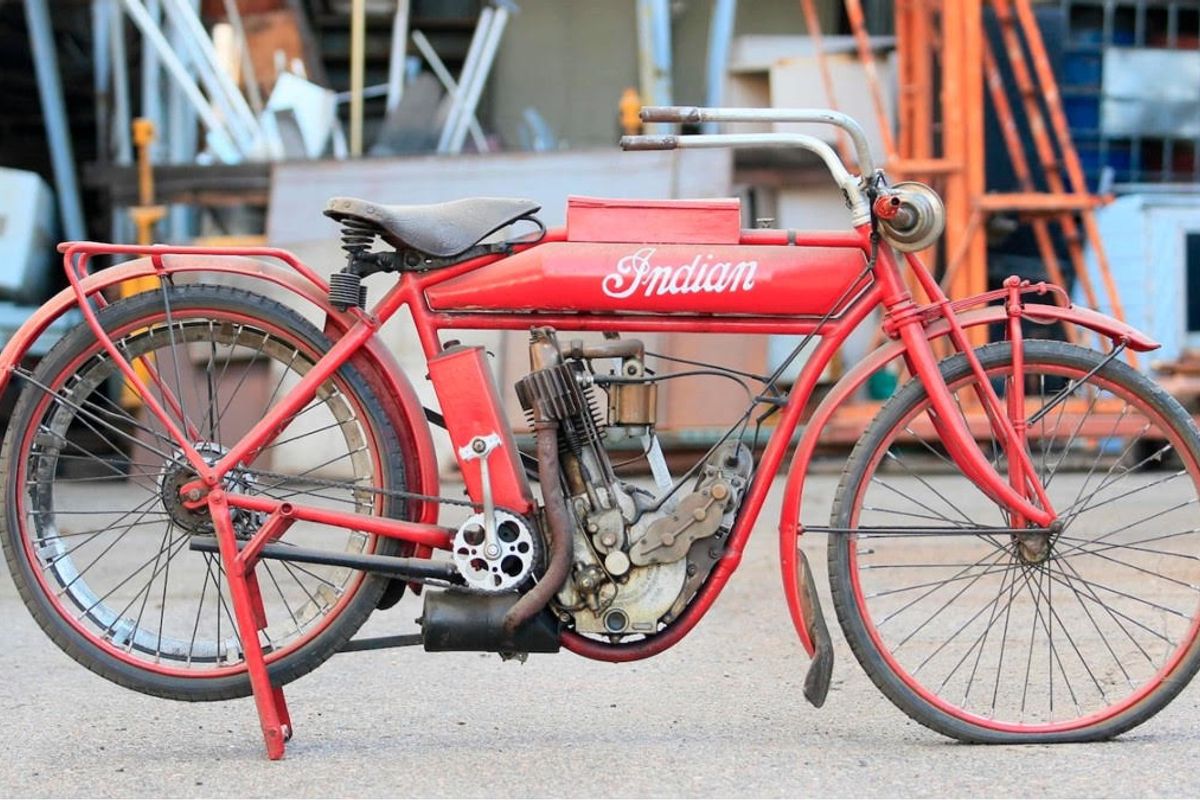 Owner of RJ and C Metal Fabricators in Phoenix, Arizona, the late Rickey Jensen was known to be a quiet and private man who mostly kept to himself. Some surmised that he may have been a bit of a hoarder, but as a welder and fabricator, his extensive collection of scrap metal and other junkyard items were all just a part of the business.

After Jensen’s death, however, a different sort of collection was discovered, hidden away in the dark confines of his padlocked barn. Unlike his heaps of discarded metal odds and ends, this collection was a carefully curated treasure trove of valuable goods: 15 vintage Indian motorcycles and hundreds of pieces of Indian memorabilia—a collection so rare and desirable that it puts others before it to shame. While Jensen’s reclusive nature means that not much is known about him today, one thing is quite obvious: he was a man who lived and breathed for the Indian brand, and his dedication to the brand produced one of the finest Indian collections around. This January, Jensen’s remarkable barn-find collection will join the Las Vegas motorcycle auction lineup, and each sought-after piece will be offered at absolute no reserve.