Attiyah, Peterhansel & Loeb fight it out Day 4 on the Dakar 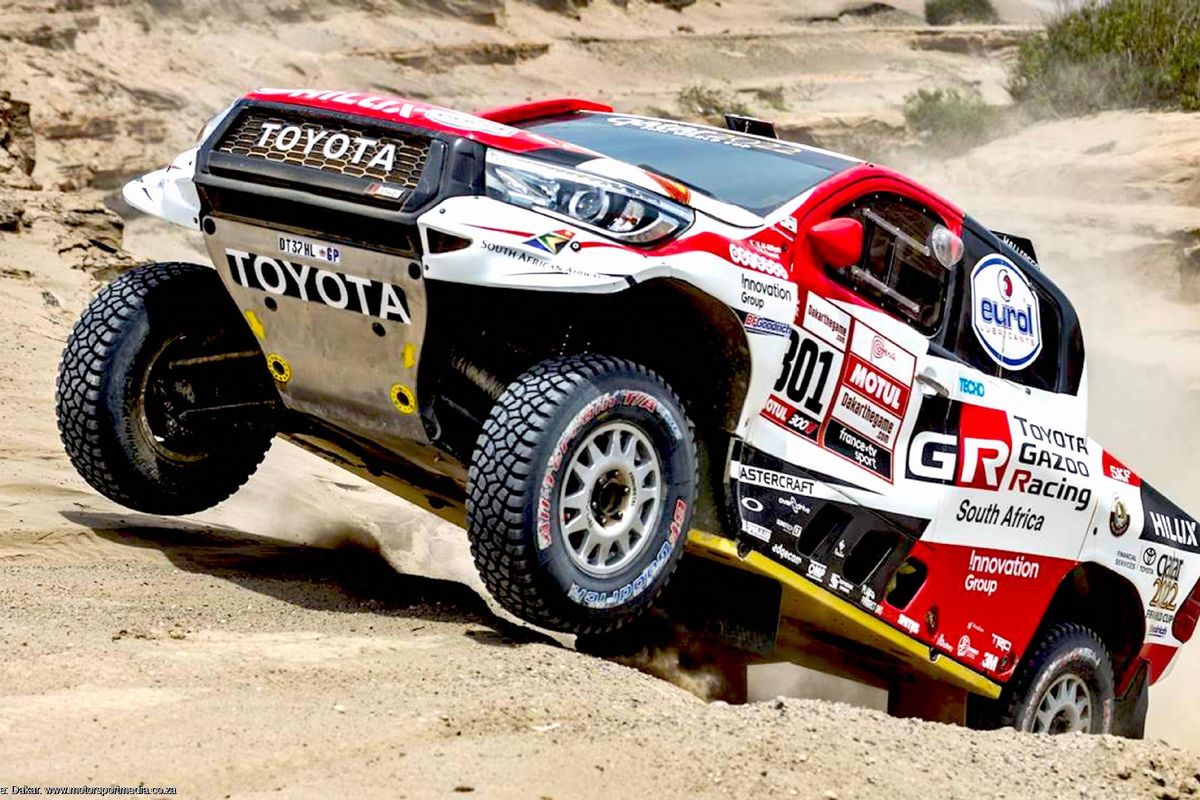 Thursday's fourth stage Dakar race was always going to be one of cat and mouse with the 405km stage being the first half of the 2-day marathon stage with no service assistance at the split bivouacs for cars at Takna and for bikes in Moquegua in Peru that evening, so an extra element of caution came into play.

That did not deter the frontrunners however, as a dice of the giants ensued between legends, the Frenchman known as Mr. Dakar, Stephane Peterhansel’s Mini, Qatari Nasser Al Attiyah's SA-built Toyota and rally legend Sebastien Loeb’s Peugeot, who raced off up front. Peterhansel led initially before Al Attiyah took over with Loeb keeping a watching brief as the day played out — Dakar at its finest!

There was trouble for Toyota however, when Dutch driver Bernhard Ten Brinke hit trouble and SA Dakar hero Giniel de Villiers, who had his own dramas on Wednesday, stopped to assist his teammate. That left Mini quartet, Spaniard Nani Roma, Pole Jakub Przygonski, Saudi Yaseen Al Rajhi and Frenchman Cyril Despres in pursuit of the giants battling up front as Al Attiyah held on to take the win from Peterhansel, Przygonski, Al Rajhi and Loeb, who slipped back in the final sector, to consolidate his overall lead, now over Peterhansel.

South African car crew Shameer Variawa and Zaheer Bodhanya were still in the stage and enjoying a good run as we wrote on Thursday, following a most adventurous day on Wednesday when they somehow managed to once again move up the leaderboard in spite of several major challenges aboard their SVR Red Lined Nissan Navara.

On two wheels, it was once again Ricky Brabec who powered his Honda into an early bike lead, but this time the Californian kept it there all the way to the finish to take the stage from KTM trio, Austria’s 2018 winner Matthias Walkner, Aussie Toby Price and British rider Sam Sunderland, with Portuguese Honda rider Paolo Goncalves and Slovak Stefan Svitko (KTM) next up. Overnight leader, Chilean Husqvarna Pablo Quintanilla (Husqvarna) struggled with pace on Thursday, allowing Brabec to move into the overall lead from Quintanilla, Price and Sunderland.

Southern African interest kept growing on two wheels as Multiple South African champion Dakar rookies, Botswana KTM rider Ross Branch and Pretoria’s Kenny Gilbert on a Husqvarna enjoyed another exceptional day, with Branch finishing 18th as he moved up to 24th overall and is the third rookie, with Gilbert not far behind in 28th and he now sits 27th overall and 4th among the rookies. SA's Original class biker Stuart Gregory (KTM) also continued to impress — riding in the no-service class, he will be a little more comfortable than most on Thursday when no competitors have any service crew assistance.

Thursday’s truck race was still some way from the finish, but Russan Kamaz trio dominated on Wednesday as Andrey Karginov led teammates Dimitry Sotnikov and Eduard Nikolaiev home, leaving Nikolaiev in the overall lead from Sotnikov and Argentine Iveco driver Federico Villagra. SA crew member Sean Berriman riding with German Mathias Behringer in a MAN came in 20th on the day as they continued in 20th overall. Also looking back to Wednesday, Jeremaias Gonzales Ferioli halted countryman Nicolas Cavigliasso’s winning streak in the quads, but Cavigliasso still sits half an hour clear of Ferioli overall.

Friday’s 345km fifth stage from Moquegua to Arequipais has the double distinction of being the second day of the marathon stage, but it also leads to Saturday’s much anticipated rest day where competitors and crew will have the chance to recharge their batteries and prepare for the second half of the Dakar 2019 back up to Lima on 16 January.