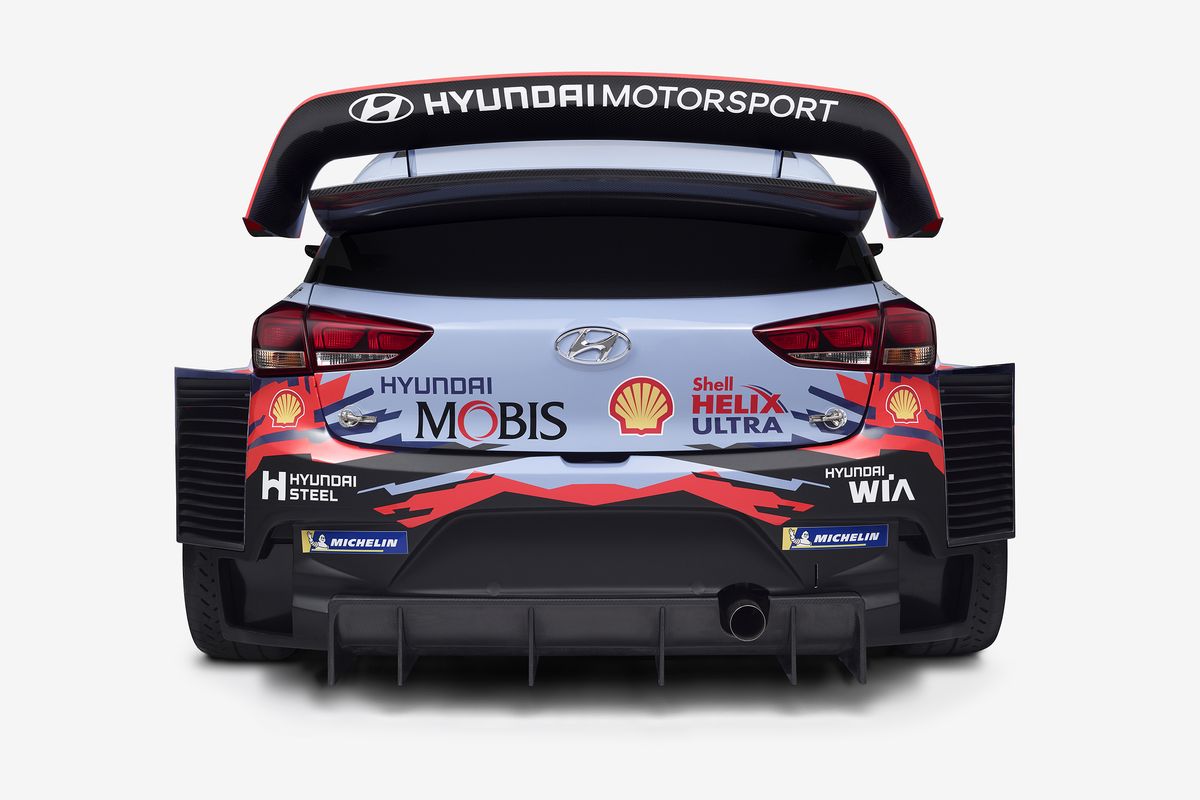 Hyundai Motorsport has outlined its ambitions to compete for the FIA World Rally Championship manufacturers’ and drivers’ titles in 2019
Revised crew line-up sees Thierry Neuville and Andreas Mikkelsen tackle the complete season with Dani Sordo scheduled for eight rounds and Sébastien Loeb for six.
Under new Team Director Andrea Adamo, Hyundai Motorsport will contest its most comprehensive season in WRC to date with 14 rounds, including a new event in Chile.

Hyundai Motorsport has outlined its intentions to compete once again at the very forefront of the FIA World Rally Championship (WRC), with its sights set firmly on the manufacturers’ and drivers’ titles.

The team finished as runners-up in 2018, for the third time in a row, having taken the title fight down to the wire. In one of the closest, most hotly contested seasons in recent years, a three-way battle was only concluded at the season finale in Australia.

Running a revised crew line-up and with an extended calendar of 14 rounds in 2019, Hyundai Motorsport will aim to revisit the competitive form that helped it score three victories and 11 podium finishes last season.

With WRC’s regulations remaining stable, the team has been able to evolve the technical foundations of its rally winning Hyundai i20 Coupe WRC. All aspects of the car have been rigorously assessed in order to perform consistently across all terrains in the coming season. A brand new event in Chile will join the existing events on the world tour.

Led by new Team Director Andrea Adamo, the targets for Hyundai Motorsport in its sixth season are clear. He said: “Our objectives for WRC remain the same as they have been for the past years, namely to fight for the manufacturers’ and drivers’ titles. This is important for Hyundai and our N brand. The WRC is incredibly competitive and the other teams will want to approach the new season with the same winning mind-set. We have to make sure we’re delivering and performing at our best at all times.”

Three Hyundai i20 Coupe WRC cars will compete in each of the 14 rounds on the calendar in 2019. Last year’s vice champions Thierry Neuville and Nicolas Gilsoul will be joined by Norwegian crew Andreas Mikkelsen and Anders Jæger-Amland in all events.

Neuville said: “We have used the opportunity of the winter break to recharge our batteries ready for another assault on the WRC titles. We showed a lot of promise last season and gave it our best shot but, for various reasons, we weren’t able to sustain our challenge. We recognise that consistency is an important area of improvement for our team, as well as creating strength in depth across all crews. We will work together to try and mount our best campaign to date but we know our rivals are strong so we have to redouble our efforts.”

Mikkelsen said: “I am ready to put a difficult 2018 behind me and approach a new season with renewed purpose and attack. Although the results were missing last year, we learned a lot about the Hyundai i20 Coupe WRC and I feel we are better prepared for 2019. As one of the full-time crews for the team, we know we need to be chasing the front-running positions at each rally. We expect the manufacturers’ battle to be just as close as it was last year – if not closer – so we need to make sure we’re getting everything we can out of ourselves and the car from the outset.”

Sordo said: “We are entering a brand new season but our targets remain the same – to be competitive at each round we tackle. I was pleased with how things went last year, scoring two podiums and regularly inside the top-five. We will be doing more WRC events in 2019, starting from Mexico, so I am hopeful we can begin the season fighting at the front. Hyundai Motorsport has become a very special team to me, and I am delighted to continue our working relationship into a sixth season. We need to put all of our experiences into practice and make sure this is the year where it all comes together.”

Loeb said: “I am pleased to be joining such a great line-up of crews for my first season with Hyundai Motorsport. It is clear to me that the car was a competitive package in 2018, which enabled the team to fight for the championship titles right to the very end. Thierry has improved a lot in recent years and is a genuine title contender. He is fast on every surface, which is important. Andreas, too, has proven his speed. Dani is the guy I know best in WRC, as we were teammates in the past. It promises to be a great season. I hope I can get up to speed with the Hyundai i20 Coupe WRC quickly and be able to show competitive pace.”

Hyundai Motorsport continues to rely on the support of its proven partners, including title sponsors Shell and Hyundai Mobis. Running under the Hyundai Shell Mobis World Rally Team banner for 2019, the team has also added new partners to its program with Open Location Platform company HERE Technologies, and international watch brand Jacques Lemans.

Team Director Andrea Adamo: “We have all the ingredients to win in WRC. There is nothing lacking compared to our rivals. We are right up there in terms of our engineering capability. We are arguably the strongest in terms of our crew line-up – Thierry, Andreas, Dani and Sébastien are all top-level drivers. I am confident we have the package to win.”