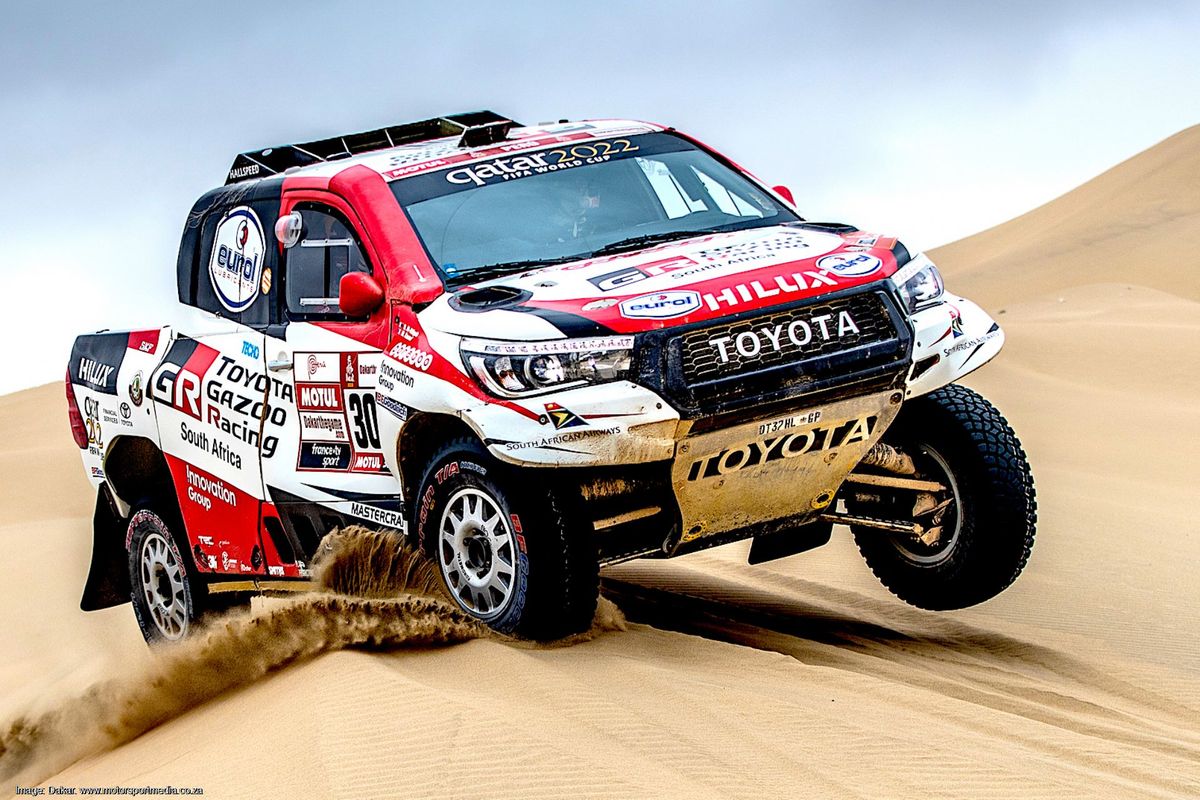 Dakar 2019 heads into its final day today following a cracking 312km bash through the dunes around Pisco Wednesday, leaving just 112km of racing in the epic ten-day race. The car, truck, quad and side-by-side races are all but run, but the motorcycle race will go down to the wire and things are looking up for several Southern African cars and competitors.

Loeb made short work of Roma as he drove off into the distance, opening a sizeable gap as Mini drivers, Pole Jakub Przygonski and Frenchman Cyril Despres, Al Attiyah and Toyota Teammate, SA Dakar hero Giniel de Villiers gave chase. There was drama behind when frontrunner, Frenchman Stephane Peterhansel stopped and retired from the race after co-driver David Castera suffered severe back pain, while teammate Carlos Sainz and Dutch Toyota driver Bernhard Ten Brinke did not start.

There was more drama as Loeb ground to a halt late in the stage, losing 20 minutes in the process, leaving the tussling Despres and Attiyah, albeit racing a quarter-hour apart, to scrap over the stage win but it was Attiyah who took the day again as Despres lost 30 minutes sin the last sector, leaving Roma to finish second ahead of de Villiers and Pole Przygonski’s Mini as Al Attiyah consolidated his commanding lead to 51 minutes with just a short stage left to run as de Villiers made up a couple of positions to 8th overall too.

Southern Africa’s two wheeled rookie heroes, Botswana rider Ross Branch and his KTM and Husqvarna-mounted Kenny Gilbert from Pretoria, both of them multiple SA champions enjoyed another positive day around Pisco as rookie leader Branch rode home 15th for the day to move up to a brilliant 13th overall and Gilbert arrived to shift up to overall as he moved up to second among the 2019 rookies.

It was fraught at the head of the motorcycle leaderboard as British KTM rider Toby Price started the day just a minute clear of Chilean Pablo Quintanilla’s KTM, with the top four including Austrian KTM reigning champion Matthias Walkner and Adrian van Beveren all within just ten minutes after eight days of racing as the bikes set off in waves of ten machines at a time.

The race leaders started together and kept a close eye on each other to finish the day with the three of them a second apart behind unfancied runners, Frenchman Michel Metge (Sherco TVS) and Daniel Nosiglia Jager took first and second with Quintanilla third from Price and Walkner, but there was heartbreak for Van Beveren as his Yamaha broke its engine in the final section to retire form the race. That left Price leading Quintanilla by one minute and two seconds with Walkner five minutes further behind ahead of American Andrew Short’s Husqvarna and the Marquis Xavier de Soultrait’s Yamaha with 112 km left to race...

Dominant Argentine quad leader Nicolas Cavigliasso continued to dominate the quads, while Chilean Francisco Lopez Contardo led the side-by-sides by an hour, but there was drama among the trucks on Tuesday as erstwhile leader Russian Eduard Nikolaiev (Kamaz) lost an hour and teammate and countryman Dimitry Sotnikov took the stage win to move into the overall lead, while SA crew man Sean Berriman’s MAN was up to 11th.

Of course anything can still happen on Thursday’s 112km final dash up to Lima, with most classes pretty much done and dusted, but it will be all to play for among the leading two wheelers as KTM chases its 18th Dakar win on the trot with Husqvarna and Yamaha snapping at its heels...