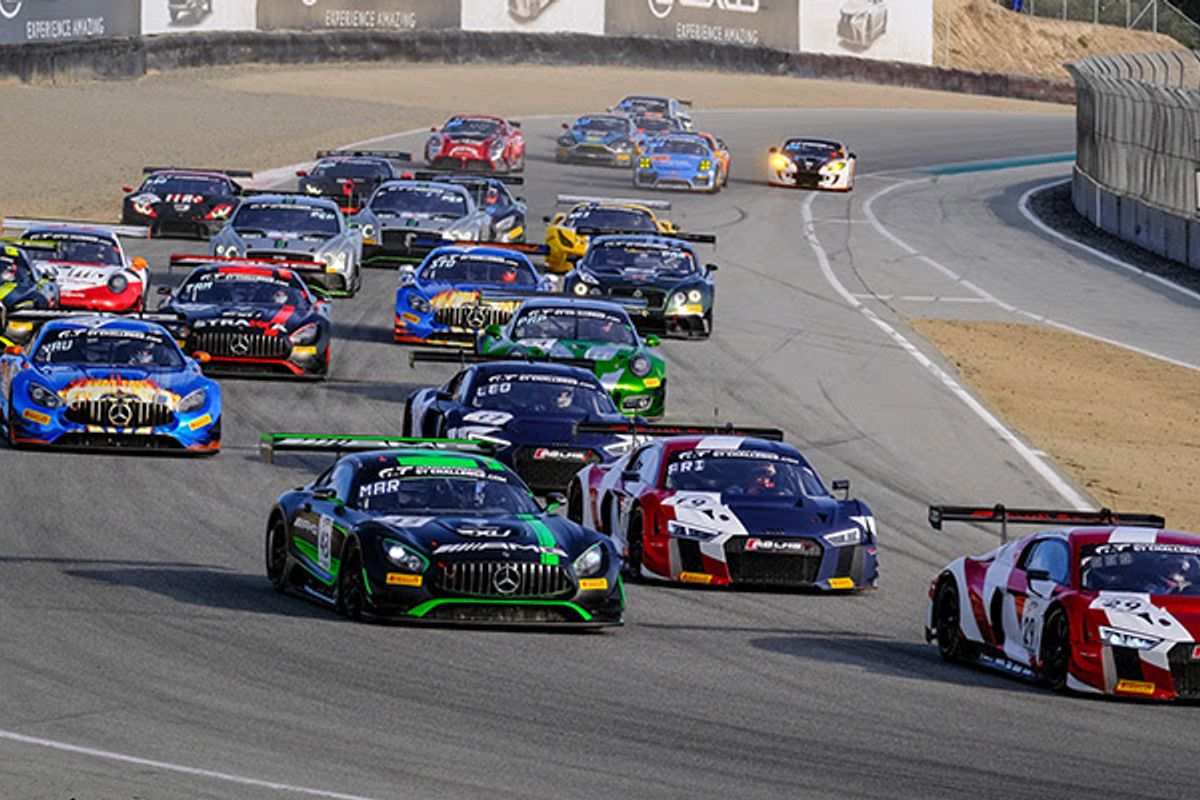 The three-day event, which follows Bathurst’s season opener on February 1-3, has been moved 24 hours earlier in order to better accommodate live TV.

The event’s final timetable and broadcast schedule will be revealed in due course. However, testing is expected to take place on Wednesday 27 March before the weekend’s official track action begins on Thursday. Friday brings with it qualifying and subsequent Pole Shootout ahead of Saturday’s race.

Teams and manufacturers can now also submit and nominate their California 8 Hours entries after the process officially opened this week.

Reigning Manufacturers’ champions Audi return to WeatherTech Raceway Laguna Seca eager to claim a third outright victory after also triumphing there in 2017 and ’18. Their cars will be joined on the grid by current full-season entrants Bentley, BMW, Porsche and Mercedes-AMG, which confirmed its participation earlier today, as well as a host of other marques entered by international and US teams. Another full-season entry will be announced before the championship’s opening round at Bathurst on February 1-3.

The historic US circuit hosts one of five Intercontinental GT Challenge rounds in as many regions this season, with the Liqui-Moly Bathurst 12 Hour (Australia), Total 24 Hours of Spa (Europe), Suzuka 10 Hours (Asia) and revived Kyalami 9 Hour (Africa) comprising the other four throughout the year.