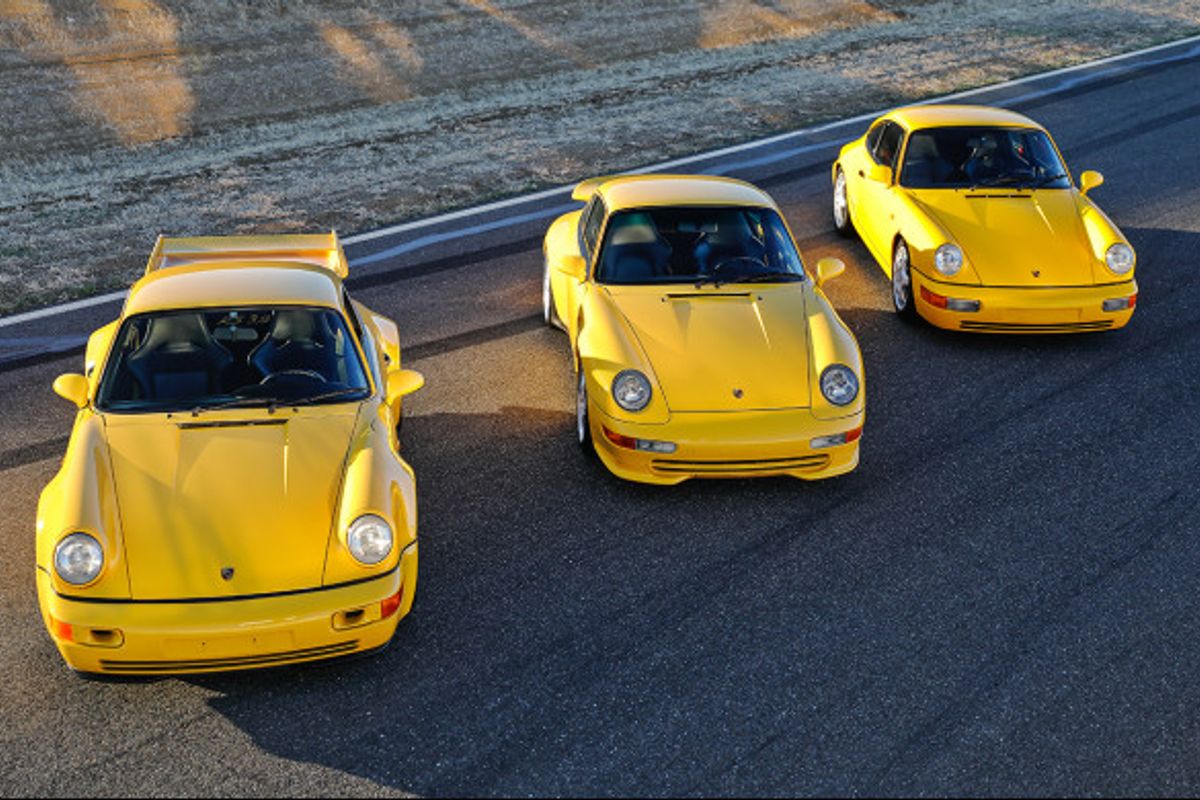 This collection of ten limited-production motorsport models spans nearly 25 years of Porsche excellence. From the air-cooled generation 911 RS variants to modern-day hypercars, all will be offered without reserve

Gooding & Company, has revealed ten incredibly desirable examples from the distinguished collection of WhatsApp co-founder, Jan Koum, to highlight the company’s annual Amelia Island Auction on March 8, 2019. Keeping with the company’s storied history of bringing the greatest Porsches to auction, Gooding & Company is honored to represent these exceptional models at Amelia Island.

“These meticulously curated Motorsport Department models illustrates the remarkable evolution of Porsche performance over the past 25 years – from the air-cooled Carrera RS of the 1990s to the latest groundbreaking supercars,” states David Brynan, Senior Specialist at Gooding & Company. “We are thrilled to be presenting these examples of Porsche greatness from a dedicated collector who has painstakingly assembled an unrivaled collection.”

Jan Koum, former CEO and co-founder of the mobile messaging application WhatsApp, has a profound love for rare Porsches and built an extraordinary collection containing only the finest, most unique examples of important models.

“I am very excited to partner with Gooding to help find the next custodian for these wonderful machines.” says Jan Koum. “Many of these Porsches offered for sale are the best examples in the world and they are all an important part of my collection. If I had unlimited time and unlimited garage space, I would never sell any of them, but nevertheless I’ll be very happy to see the next owner enjoy driving these special cars on the road or on the racetrack – just as Porsche intended for them to be used.”

A Trio of Air-Cooled Porsche Carrera RS Models
A notable offering from the Carrera RS selections is the 1992 Porsche 964 Carrera RS. One of only 1,910 lightweight models produced, this very original example with limited mileage was delivered new in Italy and ordered in paint-to-sample Blossom Yellow. The 1993 Porsche 964 Carrera RS 3.8 is one of only 55 built and one of only 12 finished in Speed Yellow. Widely regarded as the ultimate 964 model, this car was sold new in Japan and has amassed very limited mileage to date. This special 964 is featured in the new authoritative book on the model — Porsche 964 Carrera RS 3.8 — and comes with a matching-serial-numbers edition for the ultimate collectors package. The 1995 Porsche 993 Carrera RS 3.8 was the final air-cooled Carrera RS model, with this example being highly optioned, including numerous rare Porsche Exclusive department features. Delivered new in Germany, the car is finished in a Speed Yellow exterior and remains in superb, original condition.

The Evolution of the 997 RS
The Porsche 997 models include the 2008 Porsche 997 GT3 RS 3.6. This GT3 RS 3.6 is one of just 53 North American specification examples finished in RS Green and is a highly optioned example with approximately 12,000 miles since new. The 2010 Porsche 997 GT3 RS 3.8 is equipped with the desirable carbon ceramic disc brakes and is finished in the definitive Grey Black and Red color combination that Porsche used at the vehicle launch. The 2011 Porsche 997 GT3 RS 4.0 is widely considered the ultimate evolution of the analog 911. One of 600 examples built, only 158 were specified for the North American market, and out of those 158, the only one built with carbon ceramic brakes, red and black two-tone interior and adaptive sport seats, in addition, this example has traveled less than 150 miles since new. Lastly, the 2011 Porsche 997 GT2 RS is one of 500 examples built and one of 142 that were supplied for North America. Equipped with the rare optional carbon fiber fenders, it is presented in pristine condition with less than 500 miles from new.

Three Contemporary Porsche Icons
Included in the modern Porsche selections, is the 2015 Porsche 918 Spyder Weissach. This cutting edge hypercar is equipped with the rare Weissach package; only 162 Weissach 918s were delivered to the US. With under 20 miles traveled, this car is one of just seven Weissach 918s painted in Liquid Metal Chrome Blue and has only had one owner from new. The 2016 Porsche Cayman GT4 was specially ordered in paint-to-sample Signal Yellow and optioned with a purposeful lightweight build that included carbon ceramic brakes, carbon fiber bucket seats, radio delete option, and a lightweight battery. This specially optioned GT4 has had just one owner and traveled less than 500 miles since new. The 2016 Porsche 911 R is impressively one of only 991 examples built. This like-new one-owner example retains its original window sticker and delivery packaging from the factory. Mr. Koum specially ordered this car in a lightweight configuration with radio delete option, lightweight bucket seats, and single-mass flywheel.