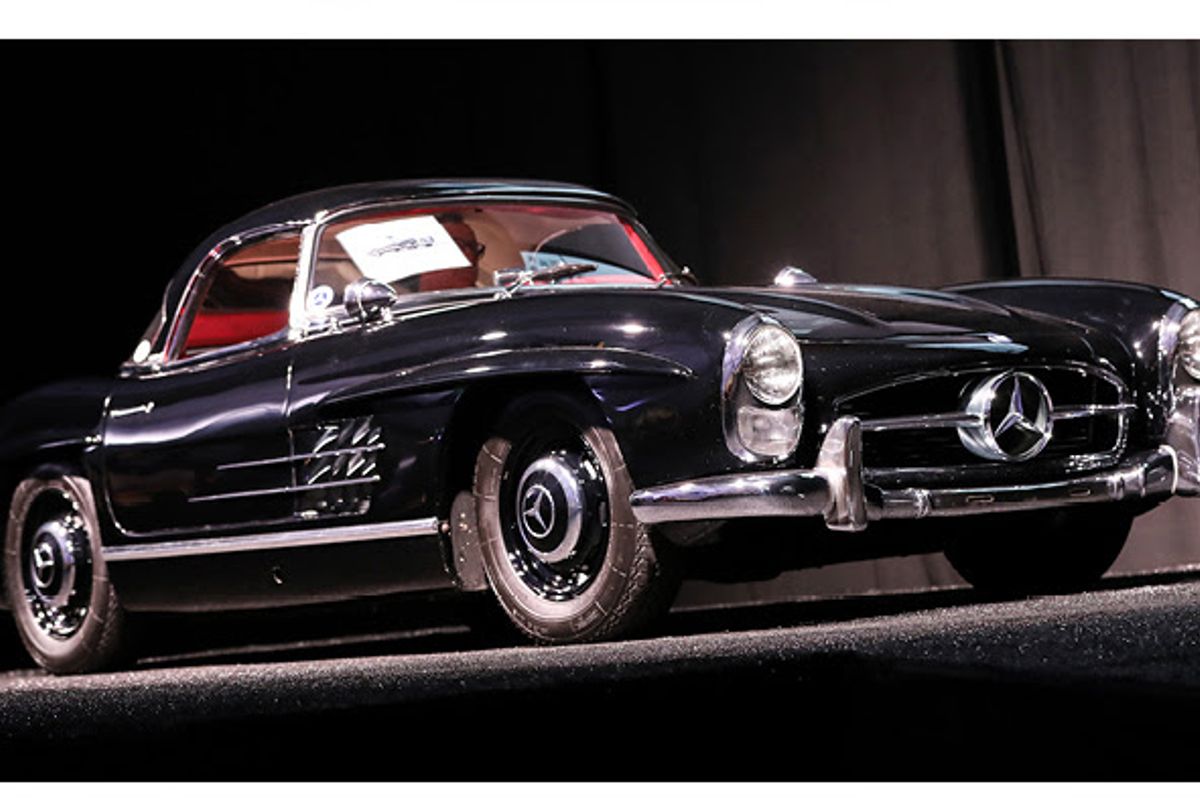 Worldwide got the year off to a flying start in Arizona last week, with a striking selection of rare pre-war automobiles, distinctive classics and exceptional sports cars changing hands in a packed salesroom at its annual Scottsdale Auction. High sales went to an unrestored and remarkably original, HVA Preservation Award winning 1959 Mercedes-Benz 300SL Roadster that realized $990,000 and a breathtaking 1935 Auburn 851 SC Boattail Speedster from the Tom Gaughen Collection that brought $687,500. Another top-specification 1935 Auburn 851 SC Boattail Speedster from the same collection sold for $632,500, with a rare 1936 Duesenberg Model JN LWB Tourster, the very last car of the special JN series, selling for $605,000. Significant American muscle cars also featured in the sale, including an exceptional unrestored Bloomington Gold certified® 1969 Chevrolet Corvette L88 Roadster that found a new home for $522,500. The Scottsdale Auction generated an overall sale of just under $10 million, with a sell-through rate of 80%.

"This year's offering exemplified everything that Worldwide Auctioneers is about", said Rod Egan, Principal & Auctioneer. We don't limit ourselves to selling only the most expensive cars in the world but we are always wholly committed to ensuring that the cars we do consign represent the absolute finest of their kind. The consignments on offer in Scottsdale, regardless of marque, era or type were essentially just that and the results speak for themselves.