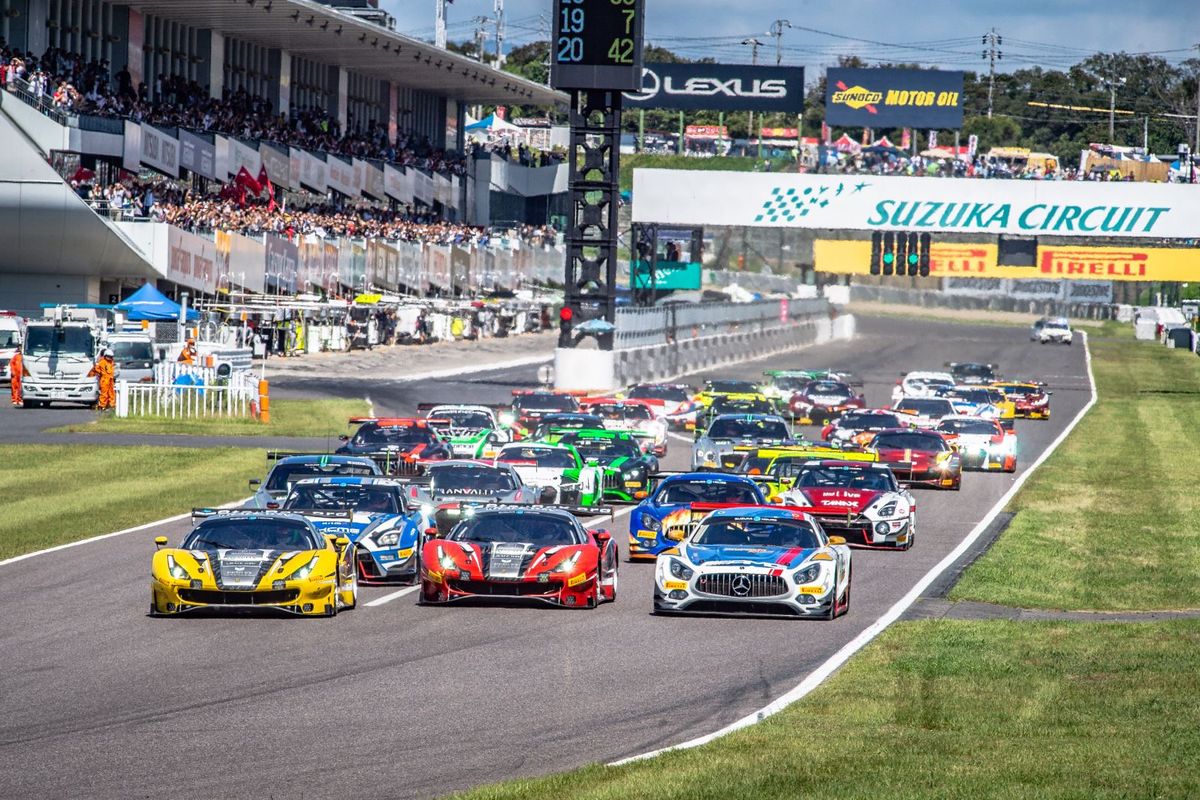 The entry process for this season’s Suzuka 10 Hours – Asia’s only Intercontinental GT Challenge Powered by Pirelli round – is now officially open.

FIA GT3, GT300 and ST-X specification GT cars are all once again eligible to compete at the 48th Summer Endurance Race, which made its Intercontinental GT Challenge debut last year.

Balance of Performance parameters will be implemented and regulated by SRO, and all cars will run on Pirelli tyres, just as they did in 2018.

Prize money totalling 100-million Yen is again up for grabs across all classes, while a GT3 parade into downtown Suzuka is also scheduled to take place.

Several changes to this year’s format will be announced shortly.

The 48th Summer Endurance Race builds on the legacy of Suzuka’s previous 1000-kilometre event. Although best known previously as Super GT’s blue riband round, the race has also featured on the FIA GT Championship, BPR Series, World Sportscar Championship and All-Japan Sports Prototype Championship schedules since its establishment in 1966.