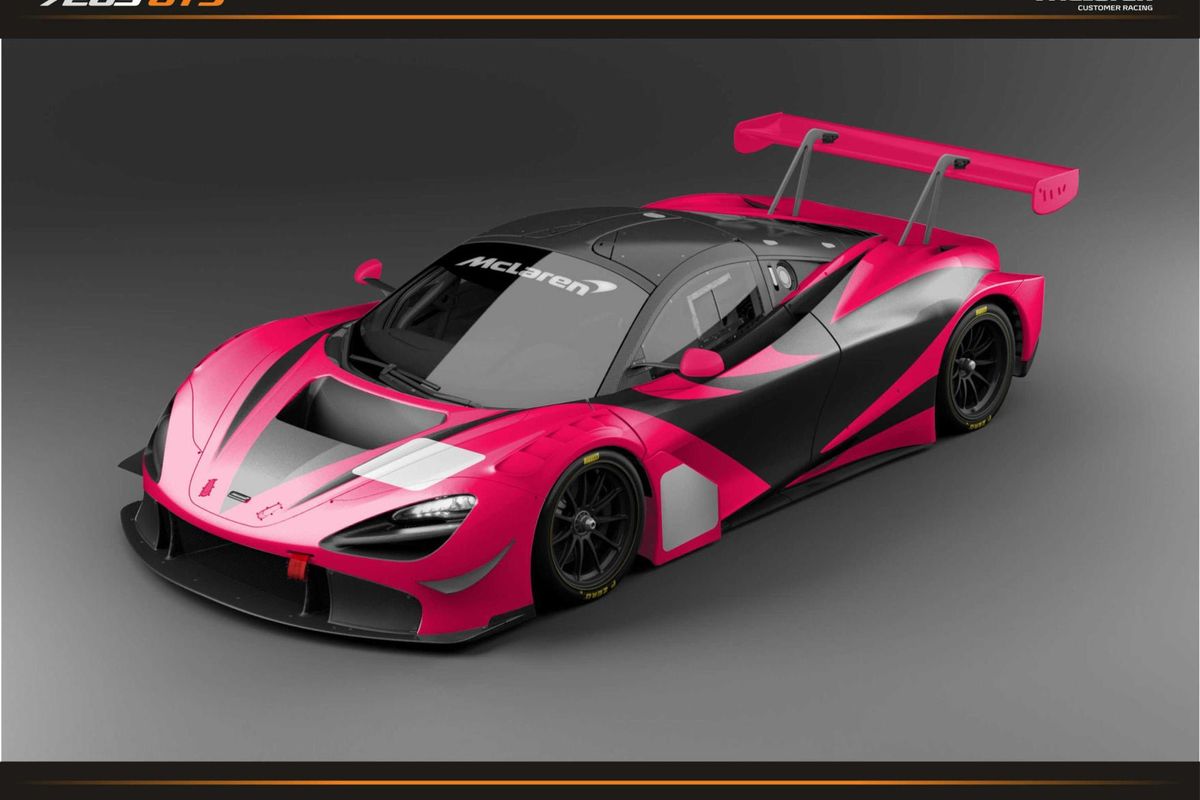 including entry into the Suzuka 10 Hours
24 Hours of Le Mans winner, Seiji Ara, reunited with legendary team owner Kazumichi Goh
Iconic neon pink and graphite McLaren F1 GTR livery re-imagined for two-car, multi-championship effort
As the 2019 GT season approaches, plans that will see the McLaren 720S GT3 make its debut on Japanese soil as part of a multi-championship effort have now been confirmed. The latest GT3 challenger from McLaren Automotive will run under the banner of McLaren Customer Racing Japan, with two single-car entries confirmed for the Super GT300 and Super Taikyu championships. The team has also confirmed that both cars will contest round 4 of the 2019 Intercontinental GT Challenge the Suzuka 10 Hours.

Team Principal, Kazumichi Goh, is no stranger to racing with McLaren and this latest announcement sees the legendary name reunited with the British brand. Debuting the McLaren F1 GTR in the All-Japan Grand Touring Championship (JGTC) for the 1996 season, Team Goh secured the title in dominant fashion, and then raced with the McLaren F1 GTR ‘Longtail’ at the 24 Hours of Le Mans in 1997. From here, the team went on to enjoy further success at the famous French endurance event, taking overall honours in 2004.

Under the team name of McLaren Customer Racing Japan, the alliance will run a pair of McLaren 720S GT3s.  Goh-san will be joined by long-serving McLaren associate, Minoru Yasukawa, as well as former members from the 1996 JGTC championship-winning team and the 24 Hours of Le Mans campaign in 2004.

Both cars will wear a modern interpretation of the now-iconic neon pink and graphite livery first seen on the McLaren F1 GTR in 1996. One entry is confirmed for a full campaign in the Super GT300 championship, while the second will run in the Super Taikyu series. The team has also secured a two-car entry at the Suzuka 10 Hours, which forms round 4 of this season’s Intercontinental GT Challenge. The Super GT300 driver line-up will see one of its 24 Hours of Le Mans-winning drivers, Seiji Ara, returning to the cockpit, alongside 21-year old Spanish driver Alex Palou. The Super Taikyu driver line-up will see Palou team up with the Japanese pairing of Sena Sakaguchi and Takayuki Kinoshita.

“I am extremely proud to confirm that McLaren Customer Racing Japan, with the leadership of the highly acclaimed Goh-san, will race with the 720S GT3 in 2019. The team that will run the cars across Super GT300, Super Taikyu and the Suzuka 10 Hours has huge experience and has enjoyed significant success in the world of GT racing and we believe they have what it takes to challenge for race wins and push for the titles in both championships. McLaren has a huge level of support in Japan and to see this iconic livery proudly displayed on the new 720S GT3 will certainly turn heads on the grid.”
Dan Walmsley, Motorsport Director, McLaren Automotive.

“The opportunity to work with McLaren again is very special indeed, particularly after the success we enjoyed more than 20 years ago. The performance we have witnessed of the McLaren 720S GT3 is already extremely positive, and hopefully that winning spark can be rekindled during the upcoming season. We are looking forward to the challenge of this new chapter, and enjoying the taste of success together again very soon.”
Kazumichi Goh, Team Principal, McLaren Customer Racing Japan

The 720S GT3 continues the final stages of an intensive testing programme that has seen the Super Series car accumulate thousands of track kilometres across Europe and the Middle East. With first customer deliveries due in the coming weeks, this announcement by McLaren Customer Racing Japan marks the third new GT3 customer team to commit to the all-new GT3 model, the first designed and built in-house by McLaren Automotive. With the confirmations to date, the 720S GT3 will be racing with customer teams in championships throughout Europe, North America and Japan.