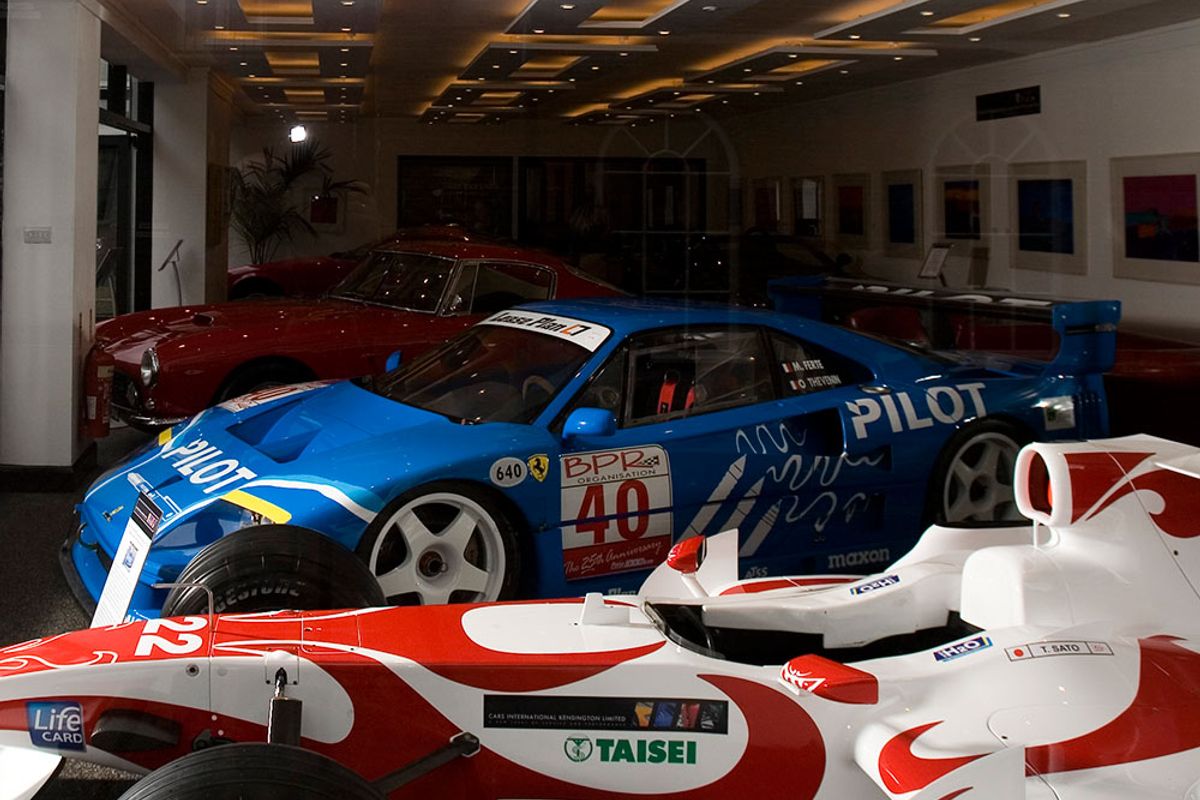 Not bad - we know the Pilot F40LM - from watching it race at Le Mans in 1995 and also from this picture at Cars International - when this picture was used in some ads we generated. Special car and arguably most iconic F40 LM.

RM SOTHEBY'S ACHIEVES BEST EVER RESULT IN PARIS AT €32.4M
RM Sotheby's achieved its highest total for the company's Paris sale to date on Wednesday, 6 February, generating more than €32.4 million at its sixth annual sale during Re´tromobile. A packed auction room, enthusiastic bidding, and strong prices were seen across the evening, beginning with a selection of motorsport memorabilia that well exceeded expectations. The group was highlighted by an Ayrton Senna McLaren Rheos Helmet, which surpassed its pre-sale estimate at a final €162.000. RM Sotheby's Paris sale welcomed bidders from no fewer than 45 countries and noted a 25 percent increase in total bidders over 2018.

The 1987 Ferrari F40 LM was the undoubted star lot of the sale and represented a very rare opportunity to acquire one of Maranello's legendary sports racing cars of the modern era. Pre-sale interest in the car was very strong, and intense bidding in the room and over the phones saw the car achieve €4.842.500 to set a new world record for the model.

Historic sports and racing cars from the 1950s and '60s also starred at the sale, with a 1956 Porsche 550 RS Spyder, Porsche's first dedicated competition car, selling for a final €3.042.500 to become the second highest sale of the night. A 1966 Ferrari 275 GTB/6C, the first of just eight long-nose, six-carburetor, alloy body, torque-tube examples and freshly restored in its rare original color scheme, sold for €2.860.000 immediately following the sale, rounding out the auction's top three.

Augustin Sabatie´-Garat, Auction Manager, RM Sotheby's Europe, said: "We have enjoyed a highly successful night in Paris, achieving the highest sale total since the first auction in 2014. This is a great indication that certain sectors of the market are looking strong for 2019, and it was particularly interesting to see how well cars from the Youngtimer Collection sold alongside the established blue-chip collector cars. This was the perfect venue for the presentation of our star car, the F40 LM, with such fantastic French history, and our increased bidder numbers and growing participation from around the world also indicate sustained and new interest in the collector car hobby."

RM Sotheby's Paris sale also saw the first offering of cars from the highly anticipated Youngtimer Collection, a single-owner group of more than 140 modern classics from the 1980s, 1990s, and 2000s. Prices were strong across the 25 cars presented at the sale, with numerous new benchmarks achieved for models indicative of changing collector tastes. Kicking off the group, a 1989 Mercedes-Benz 560 SEC AMG 6.0 'Wide-Body' incited a long bidding contest at Place Vauban, eventually selling for a final €297.500, doubling its pre-sale low estimate and setting a new world record for the model at auction (Estimate: €150.000–€200.000).