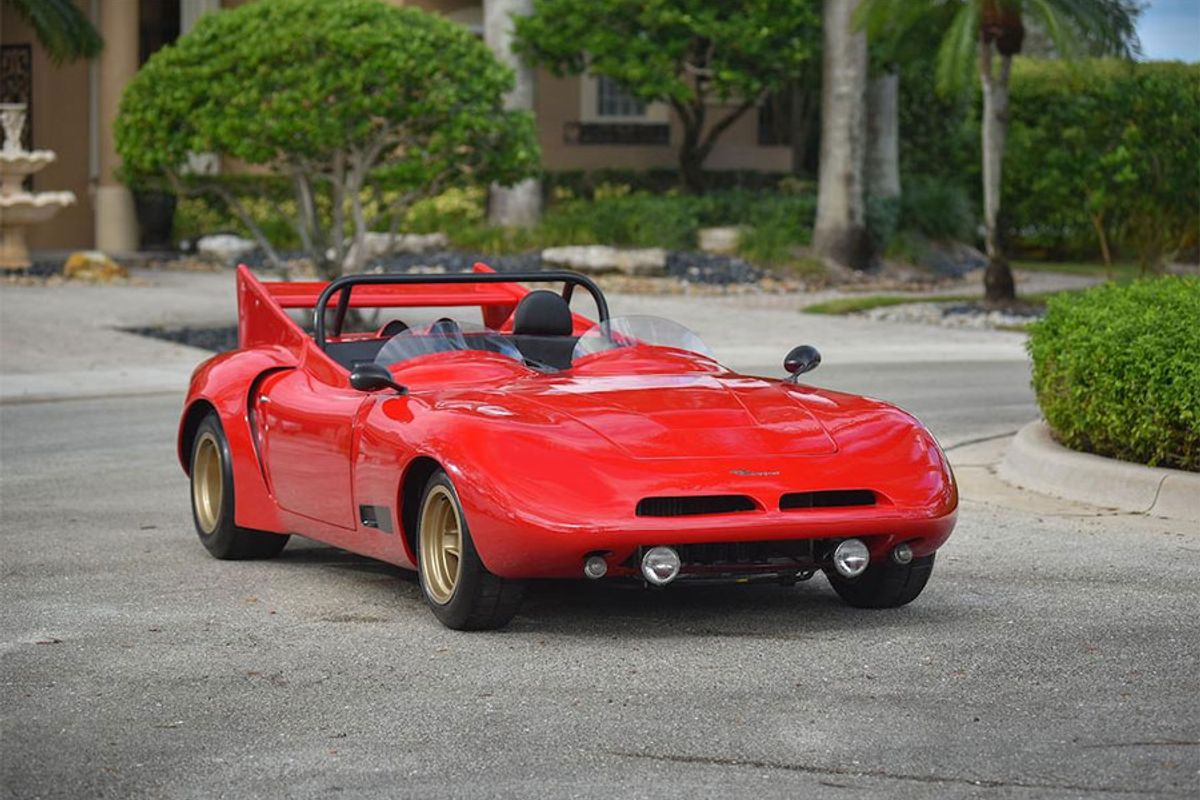 Not a stellar sell through rate - but some cool vintage stuff on offer and this 1971 Bizzarrini 128P Barchetta curio was an interesting lot - sold for £85,731 - you won't bump into another on an event.

Remember brief ownership of a humble Fiat 128 3P years ago - it rotted before my eyes - but that free-revving motor was a delight untill even the most relaxed MOT tester gave the terminal thumbs down..

If only a spare Bizzarini body had been knocking around...

On 7 February, Bonhams held its eighth sale at the magnificent Grand Palais. The marathon sale saw more than 140 cars crossing the rostrum over several hours and spirited bidding taking place beneath the cavernous glass domes of the Grand Palais. The top lot of the sale was the imposing and elegant 1939 Mercedes-Benz 540 K Cabriolet A, formerly owned by His Majesty King Hussein bin Talal, former King of Jordan. It sold for €1,581,250 to a European bidder in the room.

Following closely behind was the immaculate 1955 Mercedes-Benz 300 SL Gullwing Coupé which sold for €1,207,500 – testament to its absolutely pristine condition. Concours-ready motor cars were of great interest in the sale. The 1950 Porsche 356 Split-Window 'Four-Digit' Coupé boasted wins at both Zoute and InterClassics Brussels and sold for €805,000 to a European bidder.

Bentleys were popular throughout the sale, and one of the lengthiest bidding battles of the sale was the competition to own the impressively original 1928 Bentley 6½-Litre Four Light Weymann Fabric Sports Saloon. It eventually sold for €1,150,000 to an online bidder. The 1931 Bentley 8-Litre Sports Tourer also performed strongly, achieving €787,750.

Philip Kantor, European Director of Motoring, commented: 'The top lots of the sale perfectly illustrated the diverse range of Bonhams expertise. We offered everything from pioneering veterans to ultra-luxurious, concours-ready classics to an enthusiastic, international crowd. The top lots such as the Mercedes-Benz Gullwing, the Mercedes-Benz 540K, the Porsche 356 and the Bentley 6½-Litre were all outstanding examples of some of the most desirable and iconic models in the automotive world, and rightly commanded impressive prices. The Grand Palais is one of the most astonishing auction locations in the world, and we were proud to offer such a high calibre of motor cars and automobilia.'