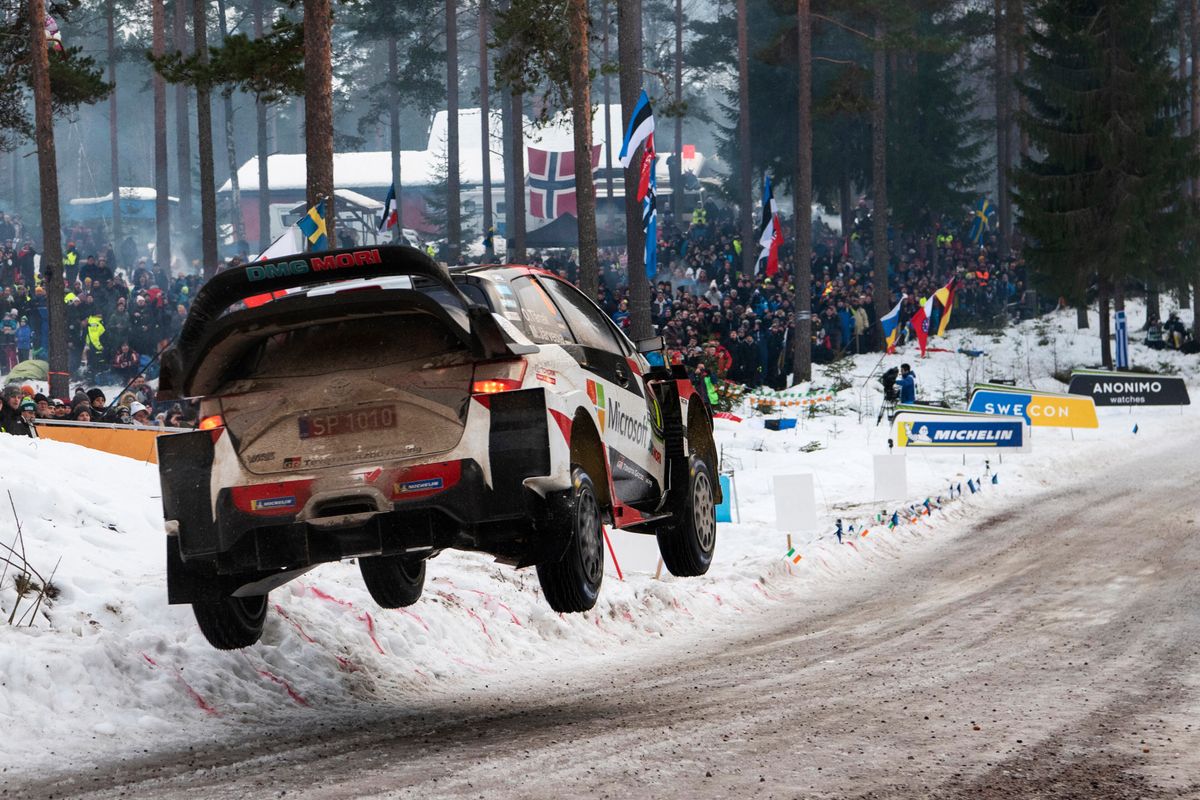 Estonian takes a strong lead into Sunday after overnight leader crashes out.

Ott Tänak held a commanding lead of almost a minute at Rally Sweden on Saturday night as Teemu Suninen’s hopes of a maiden FIA World Rally Championship victory were dashed.

Tänak starts Sunday’s short final leg with a 54.5sec advantage in his Toyota Yaris, ahead of a huge battle behind for the remaining podium slots.

That fight does not include Suninen, who led a WRC round for the first time overnight. He plunged down the order after burying his Ford Fiesta in a snowbank this morning, before later retiring after crashing into a tree and damaging his car’s safety roll cage.

Tänak trailed Suninen by 2.0sec last night. He demoted the Finn in the opening speed test and Suninen’s error in the next special stage handed the Estonian a lead of more than half a minute. Three afternoon stage victories lifted the margin to a comfortable level.

“Yesterday we had a tough job to do to be in this position and today we got through without any issues. This afternoon the grip changed at every corner and you never knew what to expect. Hopefully we can control things a bit tomorrow, but it’s never an easy ride,” he said.

Andreas Mikkelsen headed a monster four-driver scrap for second for most of the day in his Hyundai i20. The quartet traded places in every stage but, despite a spin, the Norwegian repelled his pursuers until the final test when Esapekka Lappi moved level on time.

Lappi made good progress throughout the day in a Citroën C3. He had 2.3sec in hand over a charging Thierry Neuville, who was fortunate to escape a massive 360° spin in the Vargåsen stage with the loss of only a handful of seconds.

Fifth was Elfyn Evans, the Welshman sliding out of the top three as he struggled for speed in his oversteering Ford Fiesta. He stayed firmly in the fight though, 11.9sec behind Neuville.

The forest road stages around Hagfors were in perfect condition this morning. A solid ice base ensured great grip, but as temperatures rose the roads became softer and slushier, and the later starters benefited after the dirt was cleared by those ahead.

Kris Meeke was unable to keep in touch with those in front in his Yaris. He fell into the clutches of Sébastien Loeb and ended just 1.6sec ahead.