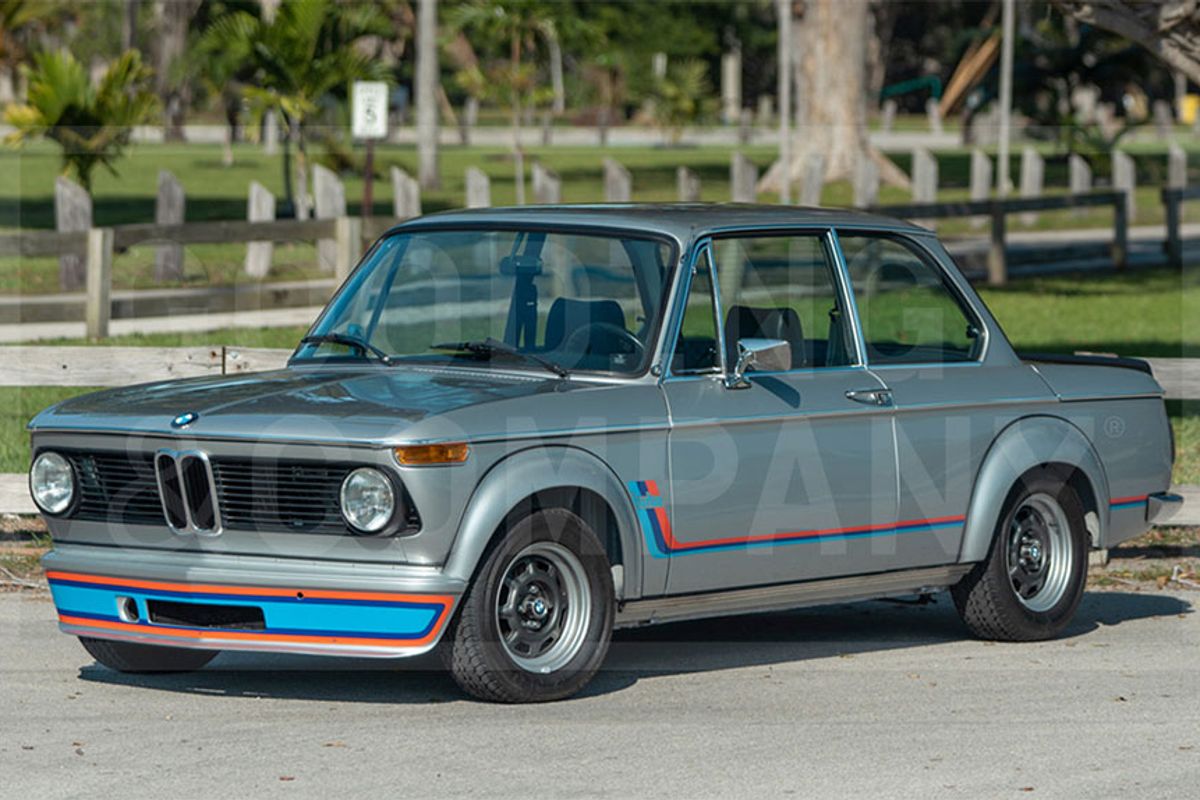 This beautiful Turbo is one of only 615 Polaris Silver examples produced by BMW. It was formerly owned by German BMW and Alpina racer Dieter Hegels, who raced BMW 2002s, 3.0 CSLs, and various Alpinas, and was the winner of the 1970 German Circuit Master Championship, the predecessor to today’s DTM. After Hegels had owned this 2002 for several years, he and his team of BMW experts performed a comprehensive restoration. The mechanicals were attended to and motor sports graphics and beautiful paint were applied with care. It should be noted that, according to a letter from the restorer, although a correct type engine is fitted, it is not believed to be the original unit for this car. A BMW Classic Vehicle Certificate, owner’s manual, jack, tool kit, and car cover accompany the sale.

More BMW lots on offer at this auction:

2015 BMW M5 30 Jahre - Estimate: $150,000 - $200,000 | Without Reserve
Chassis: WBSFV9C52FD594205
Limited-Edition 30th Anniversary Model of BMW’s Flagship Performance Sedan
One of 300 Examples Built and One of Just 29 Sold New to the US
Specially Tuned and Equipped Variant of the High-Performance M5 Model
Only 520 Miles at Time of Cataloguing
Includes Books, Accessories, and Original Window Sticker