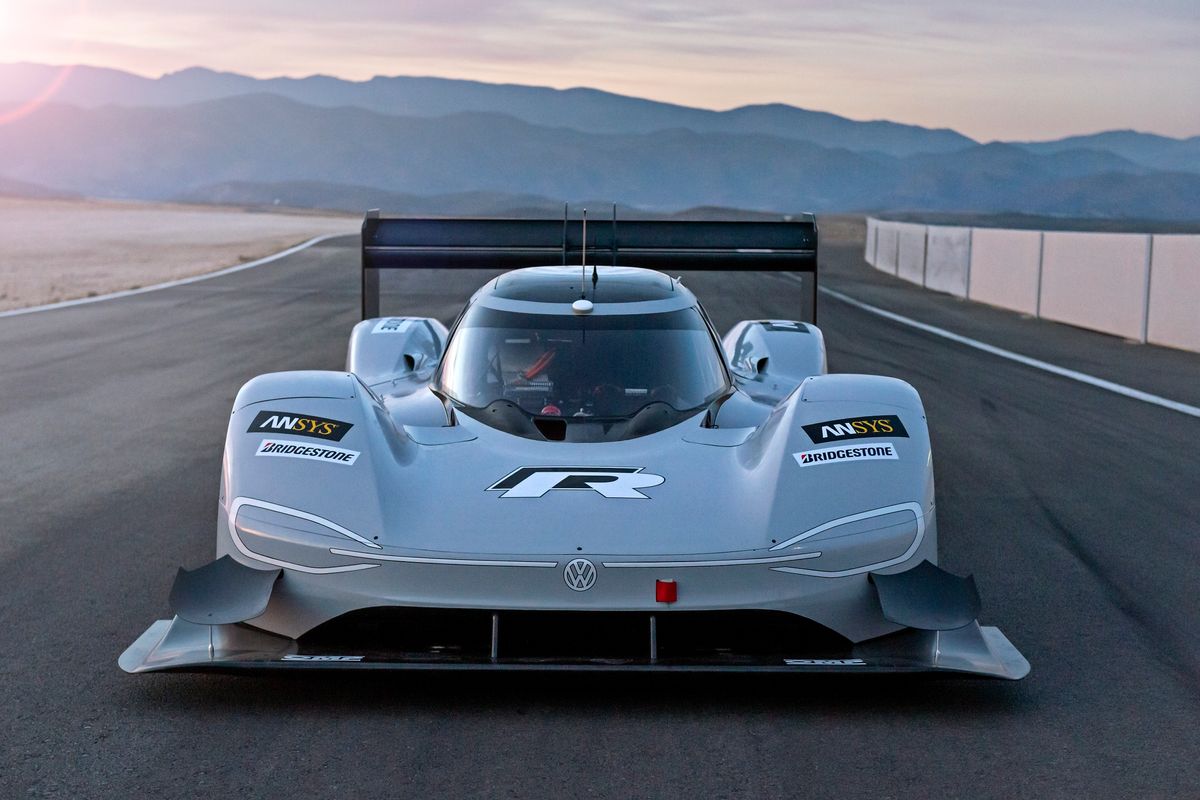 Four-day test in Almería brings many new insights
ID. R drives on Bridgestone Potenza Tyres for the first time in southern Spain
Record attempt for electric vehicles on the Nordschleife of the Nürburgring planned for summer 2019

The countdown has begun: at the sun-drenched “Circuit de Almería” in Andalucía, the purely electric powered ID. R began the preparatory phase for its record attempt on the Nürburgring-Nordschleife. Driver Romain Dumas, who in summer 2019 will seek to break the current record for electric vehicles on the 20.832 kilometres racetrack in the Eifel, completed the first test runs in Spain with Bridgestone tyres this week.

“After the shakedown in Oschersleben, the first test runs in Spain have also gone as planned,” says Volkswagen Motorsport Director Sven Smeets. “After its record outing on Pikes Peak, it’s really exciting now to witness the ID. R on a real racetrack. The optimisation of an electric sports car for the Nürburgring is a great new challenge for the whole team. We’re all really looking forward to demonstrating the strength of electric mobility once more, this time on the legendary Nordschleife.” The ID. R is the racing forerunner to the new ID. product family – Volkswagen’s wide range of purely electric vehicles to be launched from 2020.

The focus of the four-day test run in Spain was the adaptation of the software on board the ID. R that controls the balance between the mechanical brake and battery recuperation. “On a secured racetrack such as the Nürburgring-Nordschleife, you can push much closer to the limit than somewhere like the hill-climb at Pikes Peak,” says Romain Dumas. “I can brake harder and more aggressively. By adapting the software, the performance of the electric motors will be tuned for our new record attempt.”

Next test in just two weeks

Dumas also had the opportunity to get to know the Potenza tyres from new partner Bridgestone, which the ID. R put to use for the first time in Almería. “Working together with Bridgestone has gone really smoothly from the get-go,” says Smeets. “We have tested various versions of the Potenza Sport Tyres in order to find the optimal one for the record attempt on the Nordschleife.” The next step involves evaluating the results from the test runs and further optimizing the ID. R before the next test in two weeks gets going in Almería again.