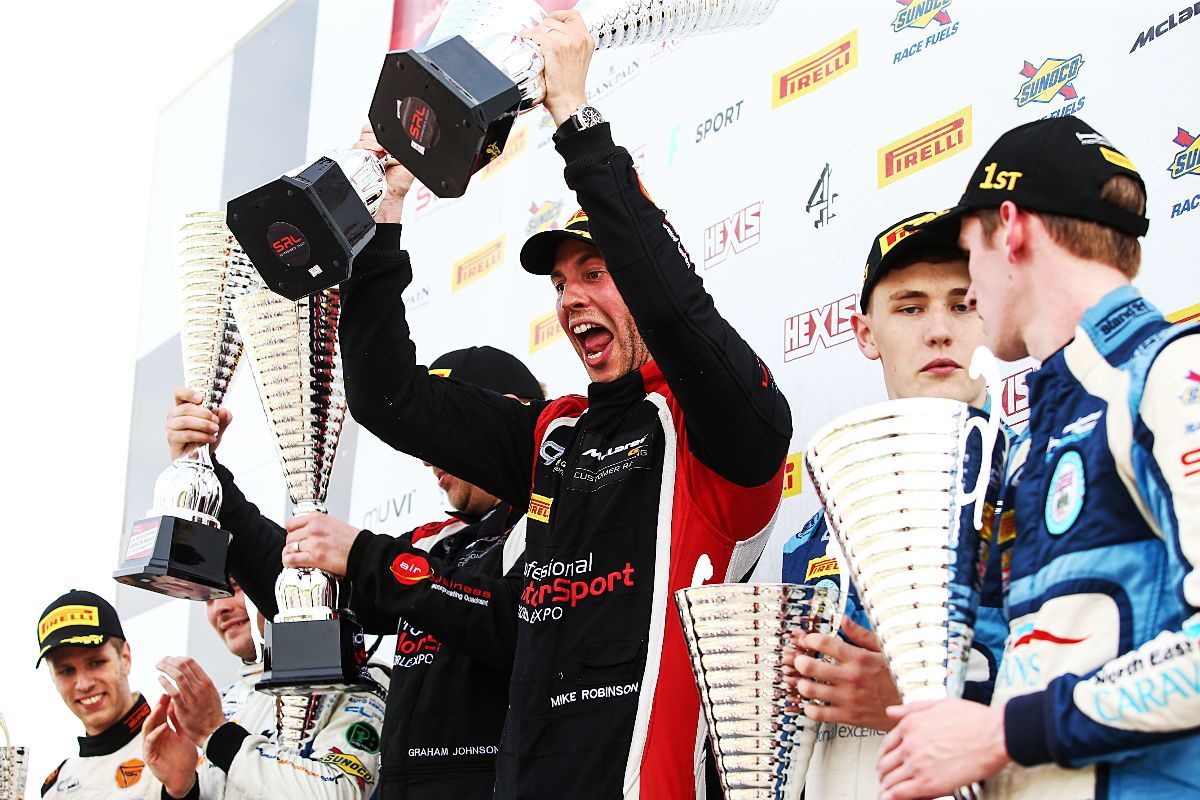 Optimum Motorsport has confirmed its second GT4 entry into this year’s British GT Championship. As reigning GT3 champions, the British-based squad are expanding their programme in 2019 to include two brand-new Aston Martin Vantage GT4 entries, as well as the new GT3.

Mike Robinson returns to the team after a year’s sabbatical and will be joined by Patrik Matthiesen. The team previously confirmed Jack Butel and Connor O’Brien in the sister entry.

Mike is no stranger to the team having taken GT4 title in 2016 where he notched up three-wins from the first four rounds. There further podium followed to wrap up the title. The British racer was also runner-up in 2015 and 2017. Prior to that he won the British Clio Cup championship with an impressive eight wins from 11 starts. Naturally he is now looking forward to racing in the GT4 category alongside Patrik on his return to the team.

Patrik is new to the Optimum Motorsport, but not the British GT. The young Dane has a great track record in Ginetta Juniors, British F4 and the CREVENTIC Series where he took championship honours in the SP3-GT4 class in 2017. More recently he recorded his first GT4 win in British GT Championship last year at Rockingham on his way to fourth position in the title race and has high expectations for the season ahead.

Shaun Goff
“It’s a pleasure to have Mike back with us as we have enjoyed a lot of success together in GT4 – many wins, championship challenges and championship success. We’re looking forward to working with Patrik for the first time too. He showed a great deal of dedication and speed in his rookie campaign in the British GT Championship last year and together with Mike, makes for a strong line-up.

No doubt it’s going to be a very competitive category this year, but as we proved last year with Aston Martin, we should not be underestimated and we expect to be challenging with both cars from the outset.”

Mike Robinson
“I’m delighted to be returning to Optimum Motorsport, we have a great history of success together in the British GT Championship. Since leaving at the end of 2017 they have developed a great relationship with Aston Martin Racing and having had the chance to test an early version of the 2019 Aston Martin GT4, I was extremely impressed with the car and the direction they have taken the car in. Added to that I am extremely pleased to be partnering with Patrik in 2019.

“The GT4 category continues to go from strength-to-strength and is attracting a lot of young drivers looking to progress their racing careers. Patrik showed in 2018 that he is ready to fight for the title and we are already working hard to make sure we hit the ground running at the first round and mount a strong challenge for the title.”

Patrik Matthiesen
“Over the years I have been in dialogue with Optimum Motorsport and Team Principal Shaun Goff. If there is a team that has proven that they can deliver the goods, it is them, both in GT3 and GT4. We went to a meeting with Shaun, I had the pleasure of meeting Mike. I went away with a really good impression.

“In 2018, along with my then-co-driver Callum Pointon, we led for a good part of the season, but outside circumstances made us end up fourth. We’re confident we won’t have such issues this year and I’m really looking forward to working with Mike and the team’s other drivers Connor and Jack. It will be an exciting season ahead and we’ll all co-operate and work together to get the best results.”