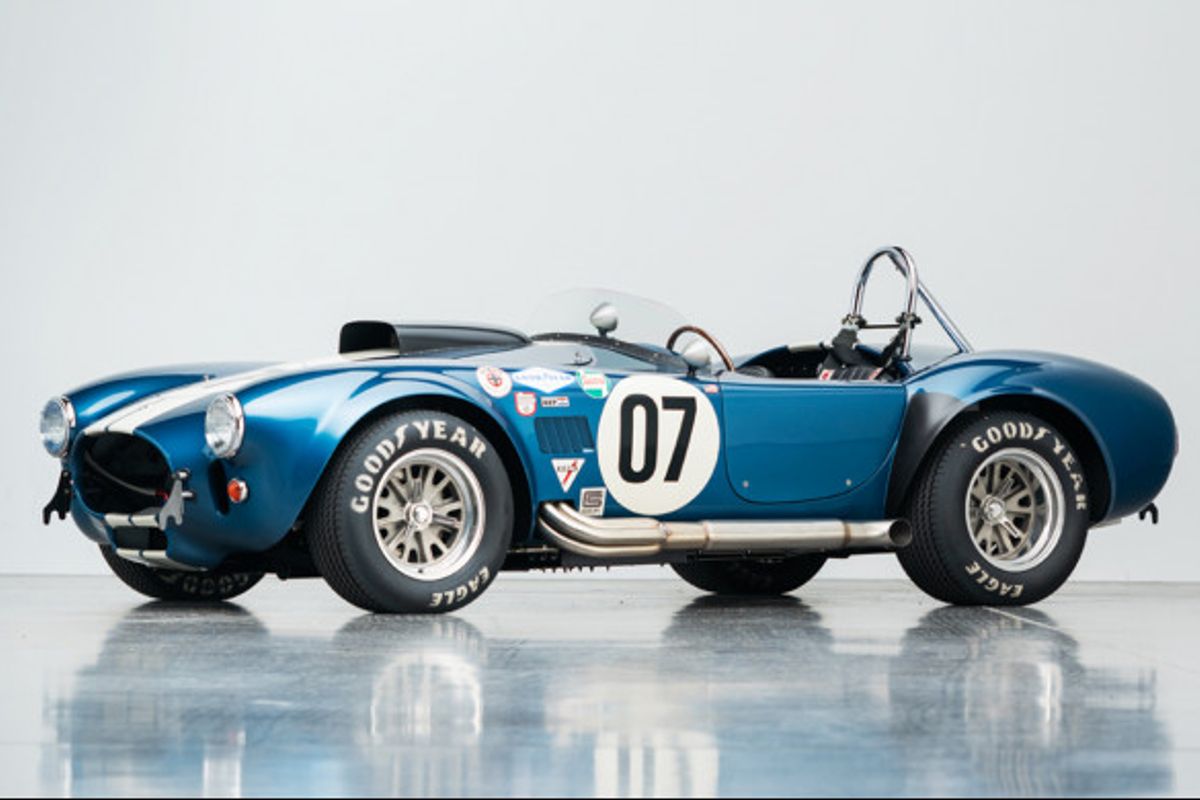 As one of the most iconic postwar sports cars, Shelby’s 427 Cobra is likely the most replicated. The result of Shelby’s drive to produce a line of “continuation” Cobras during the 1990s and 2000s, CSX4000 cars utilized an improved original-type chassis with fiberglass, aluminum, or carbon fiber bodies. Available as complete cars, “rollers” sans power train, or as component cars, Shelby’s new Cobras were sold on a Manufacturers Statement of Origin and duly listed in the SAAC Cobra Registry.

As reflected in the registry, this example, numbered CSX4007R, is one of just two – the other being CSX4001R – built to “R” competition specification, and it is accompanied by a copy of the MSO issued by Shelby Automobiles. Sold new in 2004 to Bill Anderson’s HRE Motorcars of Freeport, New York, CSX4007R was completed there for customer David Ciardullo. This Cobra was fitted with an aluminum-head 427 Ford V-8 engine built by NASCAR legend Ernie Elliott that offered an estimated 700 hp and featured rare carbon fiber bodywork. During his ownership, Mr. Ciardullo drove the car on the street and at Virginia International Raceway. In 2016, this example was acquired by the consignor, who has driven it sparingly, had it professionally serviced, and kept it in his private collection.

Equipped with the finest components available and melding vintage style with contemporary performance, CSX4007R is a modern American classic benefiting from the unmistakable ingenuity of Carroll Shelby.