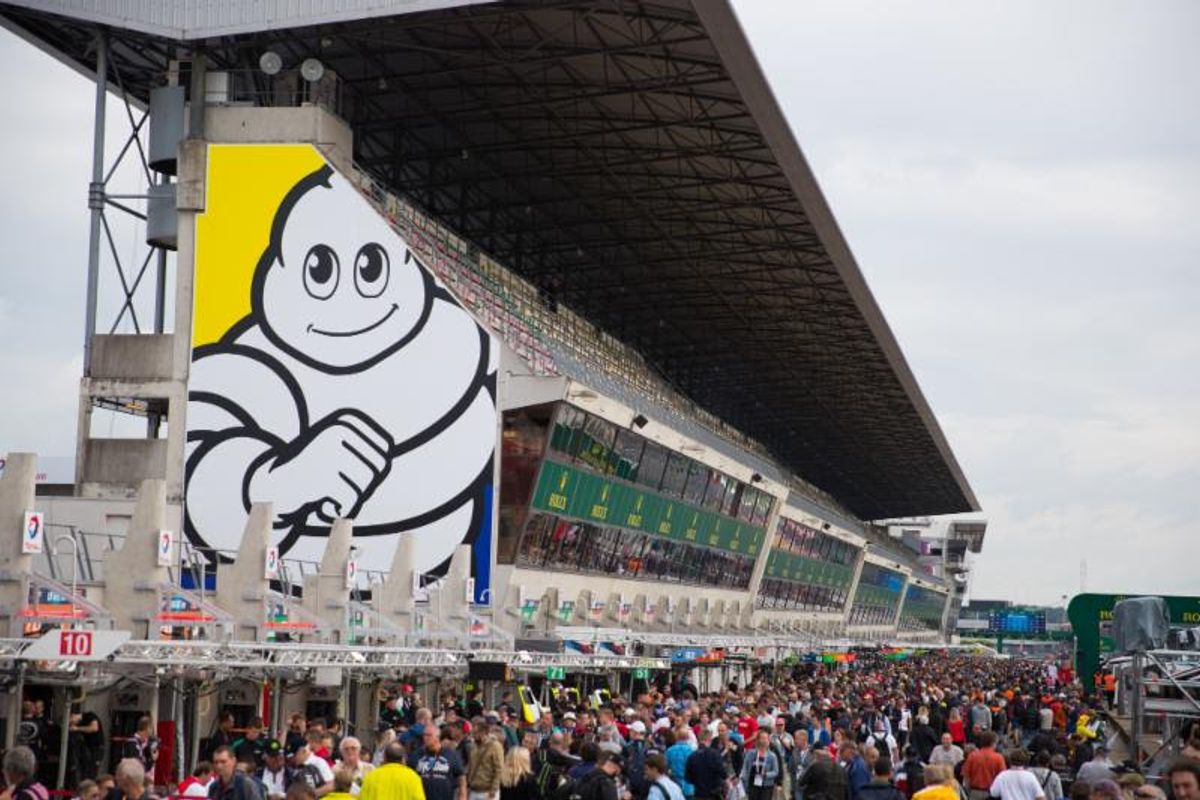 The entry list for the 2019 24 Hours of Le Mans was released in its entirety on Friday and a number of teams from the IMSA WeatherTech SportsCar Championship – in addition to a wealth of other full-time drivers – will represent IMSA in the prestigious endurance race on June 15-16.

Between LMP1, LMP2, GTE Pro and GTE Am, it’s the GTE Pro category where the majority of the IMSA teams can be found.

Two Chevrolet Corvette C7.Rs for Corvette Racing will be piloted by the same driver lineups that took on the Rolex 24 At Daytona back in January. In the No. 63, two-time defending WeatherTech Championship GTLM champions Jan Magnussen and Antonio Garcia will compete alongside Mike Rockenfeller. The No. 64 will be co-driven by Oliver Gavin and Tommy Milner, the 2016 GTLM champions, and Marcel Fassler.

Ford Chip Ganassi Racing will field a four-car effort in the 24 Hours of Le Mans, two from its WeatherTech Championship program and two from its U.K. program. Joey Hand, Dirk Mueller and Sebastien Bourdais will co-drive the No. 68, while Ryan Briscoe, Richard Westbrook and Scott Dixon will run in the No. 69. Both trios contested the Rolex 24.

The Porsche GT Team also returns to Le Mans with four Porsche 911 RSRs. The WeatherTech Championship contingent will be Patrick Pilet, Nick Tandy and Earl Bamber in the No. 93 Porsche, and Sven Muller, Mathieu Jaminet and Dennis Olsen slated in the No. 94.

“It’s an honor to race at Le Mans and it’s an honor we don’t take for granted,” said Mark Rushbrook, Global Director, Ford Performance Motorsports. “We can’t wait to get there this year with some special things planned, as well as having our first customer team on the grid with us.”

That customer team will be driven by Ben Keating and Jeroen Bleekemolen, who are looking to improve on their third-place finish in GTE Am in 2018. They will be co-driving the No. 85 Keating Motorsports Ford GT with Felipe Fraga.

“Le Mans in 2019 is very different for me than it has been over the past four years,” said Keating. “As a third generation Ford Dealer, I have a deep history with Ford. Additionally, Ford’s history at Le Mans is well known and documented.

“It is so meaningful to be the first team to represent Ford in the GTE Am class at Le Mans. I am honored to have this opportunity. 1969 was the last win for previous generation of the Ford GT40. This is significant for me. We have the opportunity to compete exactly 50 years later, and I hope to achieve the same result.”

GTE Am is also home to WeatherTech Racing. Cooper MacNeil, winner of the 2018 Motul Petit Le Mans and the 2018 Ferrari Challenge North America championship, is currently the only driver listed for WeatherTech Racing’s No. 62 Ferrari 488 GTE entry.

“We are looking forward to running at Le Mans again in June,” MacNeil said. “Going back with our own program, our own car, and with Scuderia Corsa gives us all of the right tools to compete for a win. It takes perfect execution, zero penalties, and a bit of luck to be in the hunt at the end of the 24 Hours of Le Mans.”

A handful of 2019 Rolex 24 At Daytona winners will go for their second twice-around-the-clock win of the year.

In the LMP1 category, Renger van der Zande, Fernando Alonso and Kamui Kobayshi, who together won overall at Daytona with Wayne Taylor Racing alongside Jordan Taylor, will face off in three different LMP1 cars at Le Mans.

Roberto Gonzalez and Pastor Maldonado, two of the four LMP2 winners at the Rolex 24, will return with the Rolex 24-winning Dragonspeed team in the same category. In the GTE Pro class, Augusto Farfus – winner in the GTLM class at Daytona – returns with BMW and BMW Team MTEK.

Another full-time WeatherTech Championship team, Meyer Shank Racing, is one of 10 reserve teams on the entry list with its No. 44 ORECA LMP2.

Television broadcast information will be forthcoming for viewers in the United States and North America. Audio commentary will be available via RadioLeMans.com.