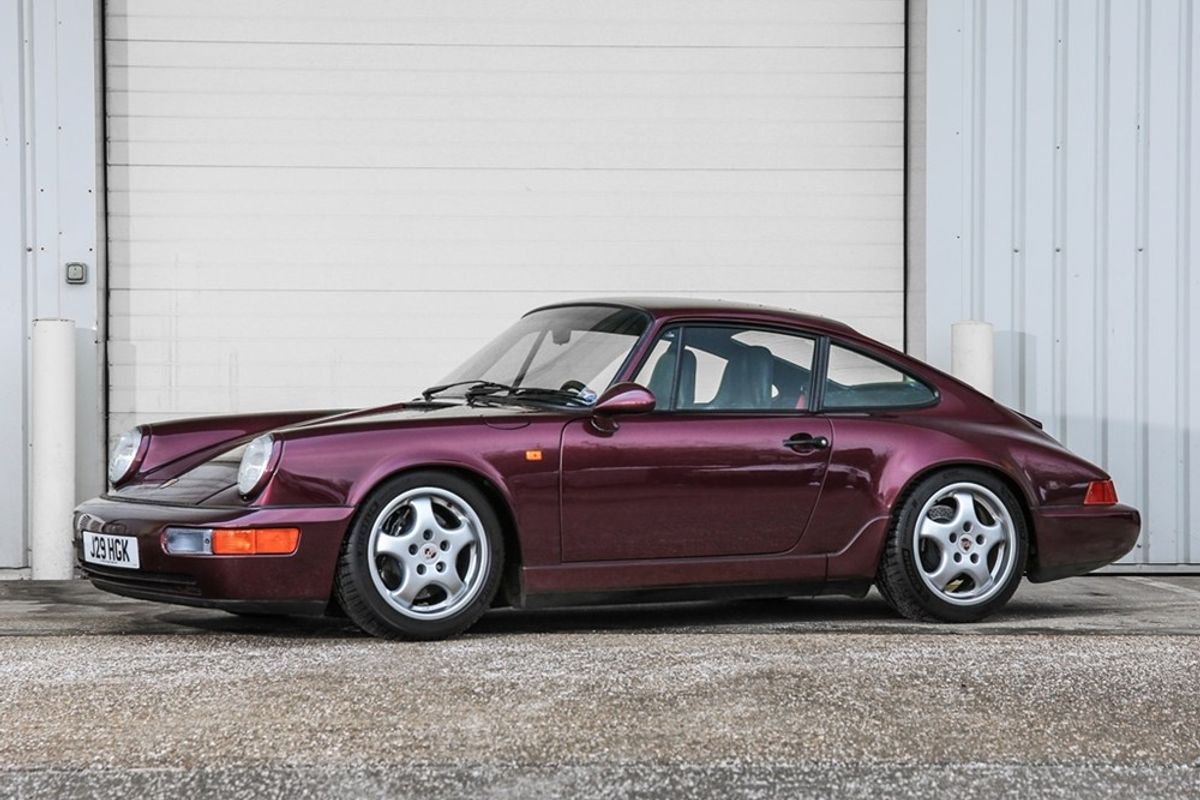 Representing a major step forward in the development of Porsche's 911, the Carrera 4 and Carrera 2 ('Type 964' in factory parlance) had been launched in 1989, the former marking the first time that four-wheel drive had been seen on a series-production model. Boasting a drag coefficient of just 0.32 thanks to its deeper bumpers, smoother sills and flatter floorpan, high-speed stability was maintained by a self-deploying rear spoiler.

In 1992, Porsche produced a lightweight, rear-wheel-drive only version of the 964 dubbed Carrera RS for the European market with three variants; Touring, Lightweight and N/GT. It featured a revised version of the standard engine, titled M64/03 internally, with an increased power output of 260bhp and lightweight flywheel coupled to the G50/10 transmission with closer ratios, asymmetrical limited-slip differential and steel synchromesh. The bodyshell was entirely seam-welded for increased stiffness, light alloy was used for the front bonnet, thinner glass was employed for some of the windows and the wheels were magnesium versions of the cup wheel.  Furthermore, the 964 Carrera RS was lowered by 40 mm from the standard ride height, the suspension was fitted with stiffer springs and shocks in addition to adjustable anti-roll bars. Tipping the scales at just over 1,230 kg (2,712 lbs) the Carrera RS is approximately 345 pounds (155 kg) lighter than the US version Carrera 2 model.

Presented here is the most desirable of the three variants, the Lightweight. With more creature comforts (carpet) than the stripped out, race ready N/GT, but less weight than the Touring. This car features all its numbered doors, rear engine cover and aluminium front boot lid. Manufactured in Germany during November 1991, this 911 Carrera RS Lightweight was a 1992 specification model destined for the Belgium market and was first registered there on 30th June 1992. The car was then sold to Germany before being imported to the UK in 2001. Since its arrival the car has only had four owners, the present and previous both close friends. Equipped with black bucket seats with aubergine, ruby stone, grey and violet inserts and 17" magnesium wheels, this accident free Carrera RS is presented in the rare colour of Amethyst metallic. Interestingly the car was also ordered with the controls and indications in English.

This car has covered only 44,000 miles, it is worth noting that the speedo broke in 2005 at 38,355km and a replacement, which is included, was used for 9,297 miles before the original until was repaired and re-fitted in 2009, this is documented in the car’s paperwork which denotes the dates and mileage throughout the car’s life. The car has been maintained over the past few years by the vendor’s personal mechanic, who is fully Porsche trained and who won the Porsche Carrera Cup Championship with current Corvette factory racing driver, Richard Westbrook. The current vendor has had the whole car gone through prior to its sale and reports it to be in excellent condition. Indeed, the car drives and performs up to expectation providing the ultimate Porsche thrills.