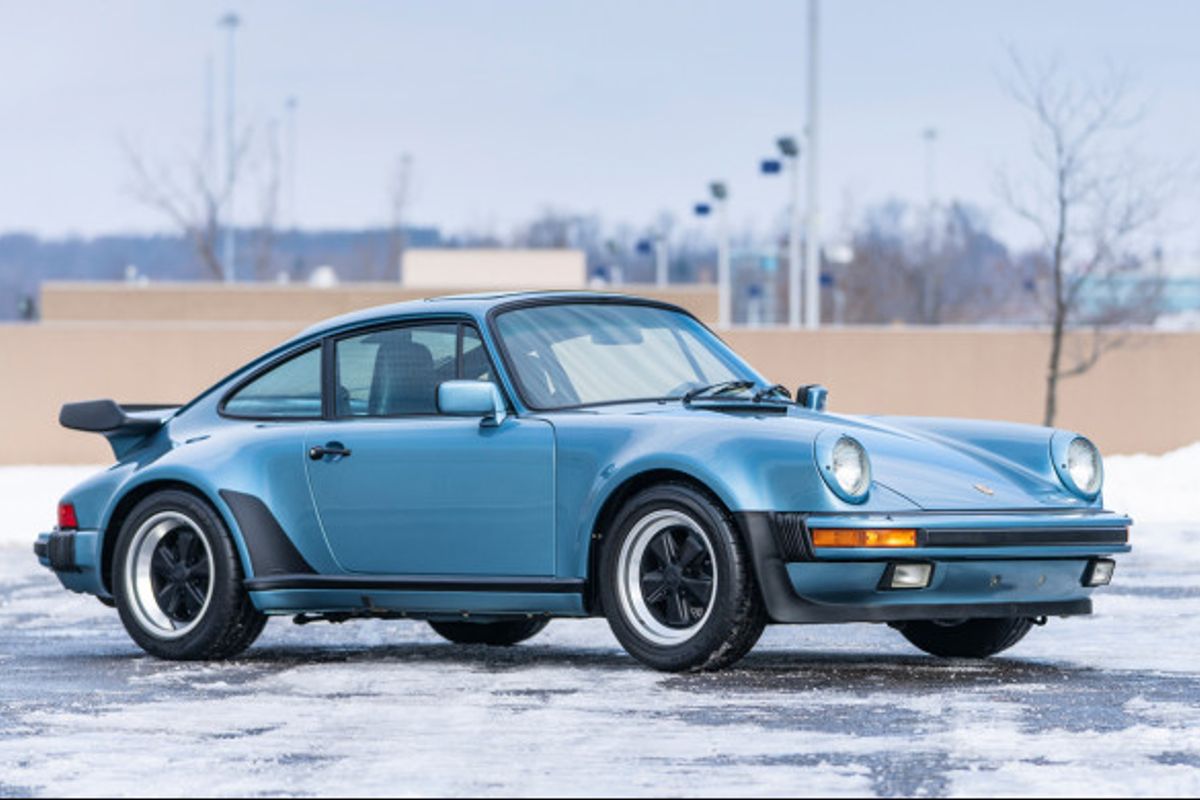 Better known to the public as the 911 Turbo, the Porsche 930 was the German automaker’s fastest production car at its inception. To qualify the 934 race car for the FIA’s Group 4 category, Porsche was required to build 400 road-going versions, and so it launched the 930 at the Paris Auto Show in 1974. The new sports car – publicized by Porsche as “Exclusive. Explosive. Expensive.” – outsold expectations, and production was increased to meet demand. The original threeliter 930 was replaced in 1978 with an improved 3.3-liter model, which benefited from an intercooled engine, better brakes, and other refinements. This package was so successful that the 3.3-liter 930 remained in production through 1989.

The example presented here has been carefully preserved and driven less than 6,200 miles since it was delivered in 1986. Finished in Iris Blue Metallic, a rare and elegant choice for the wide-body Turbo, this Porsche features a beautiful, contrasting Navy Blue leather interior with heated sport seats. The consignor reports that the car remains in pristine, original condition and that it is accompanied by its original owner’s manual, stamped warranty and maintenance book, tool kit, tire inflator, and optional Blaupunkt radio/cassette player.