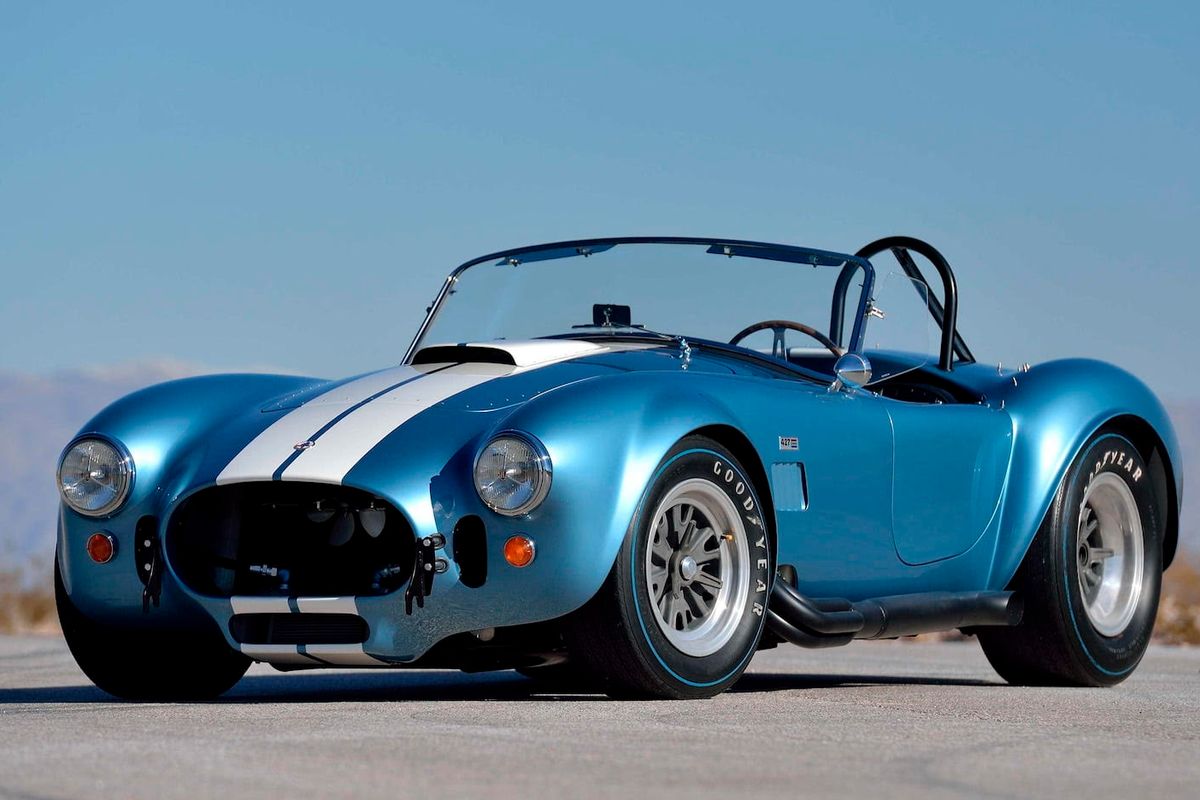 Five owners since new
10,760 original miles
Delivered new to Grappone Ford in New Hampshire
John Grappone retained ownership of the car until 1982, making CSX3042 the last 'New' Cobra ever sold
Dan Turman of Connecticut purchased the car in 1982
Purchased from Turman by SAAC Cobra Registrar Ned Scudder in 1984 who owned it until 2004
CSX3042 was professionally restored in 2002 and earned a Premier Award at SAAC-27
Wayne Odle purchased CSX3042 from Scudder in 2004
Steven Juliano purchased the car from Odle in 2007

Over the next decade Steven Juliano made sure every part on CSX3042 was original or NOS down to the smallest detail, including service items
CSX3042 retains its original magnesium Halibrand wheels and original factory installed Goodyear Bluestreak tires
CSX3042 is regarded as the most original and correct 427 S/C Cobra in existence

The late Steven Juliano was as authentic and respected as his collection of cars and Road Art, and when talking about a selection as remarkable as his, that’s not a claim to be taken lightly. As such, despite his best efforts to remain "under the radar" and avoid attention, the stories from the few that were ever allowed to witness the very private Juliano collection or any of his singular cars slowly elevated the assemblage to an almost mythical status among those "in the know." And with good cause. Not one to ever settle for second best or "almost," Juliano put together a collection that simply stuns with its curation and quality.

Featuring four of the rarest and most correct Shelby Cobras in existence, three of the storied original Plymouth Rapid Transit System factory show cars, an original Cheetah race car and thousands of pieces of the rarest original muscle-car-era Road Art in existence, Juliano’s collection truly stands out as an unbelievable anomaly in the collector-car world. It is the result of one man's quest for perfection on every level combined with the time and the means to make it happen. But it certainly didn't happen overnight; as proof of Juliano's tenacity, he spent more than 30 years searching for and collecting the best of the best.

In the end, Juliano achieved the impossible by bringing to life this awe-inspiring aberration in a very real way. From the cars—restored and maintained with an unwavering passion for absolute accuracy and using no reproduction parts—to the Road Art that is similarly impeccable and authentic from the smallest item to the largest, this collection is one that is worthy of the worship and mythical status that has surrounded it for years. There is no question it will have the same effect on all that are finally lucky enough to see it in person this May in Indianapolis, and it is an incredible honor for all of us at Mecum to have been entrusted with the opportunity to offer the Steven Juliano Collection on behalf of his family.